With the release of his updated take on the classic Gothic ghost story, The Shining, Stephen King implanted in the minds of readers the idea of the haunted hotel. After all, houses are generally occupied by a single family over the course of a few decades whereas hotels and inns are home to thousands of guests each year, and the simple fact is that eventually, some of these people may meet their demise while residing within such places.

Although King’s story was purely a work of fiction, there are many tales of haunted hotels that some will swear are true. And while they may not involve a leering Jack Nicholson heaving an axe at his wife and child, they are still fairly strange in their own right. 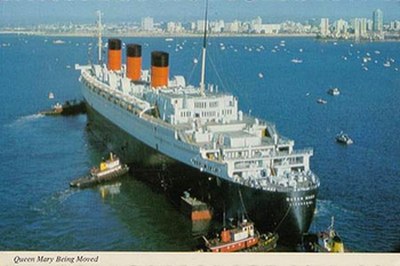 Originally built as an ocean liner, the Queen Mary traveled the Atlantic and served as a troop ship during WWII before permanently docking at Long Beach, California, in 1967. In the subsequent years, it would be converted into a museum and hotel.

Since then, several guests have reported strange occurrences. Some claim to see women in 1930s era swim gear in one of the pools, perhaps the spirits of former passengers who drowned. Others have heard men screaming below decks. It is believed that these screams may have something to do with an incident which occurred when the Queen Mary was fulfilling its military duties. In an attempt to evade potential German U-boat attacks, the ship accidentally crashed into one of its own transports, causing the deaths of many men. It is believed that their ghosts may still haunt the ship that took their lives.

To their credit, the people in charge at the Queen Mary have welcomed their otherwordly guests whole-heartedly, providing passengers with ghost tours and allowing such programs as Ghost Hunters to investigate the ship. 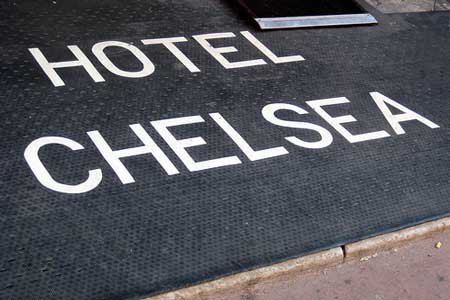 Anyone who has ever heard an allegedly “true” ghost story knows that identifying the spirit that haunts a given locale can be a tedious task which involves visiting the local historical society and learning everything that you can about the place. Sometimes, however, ghosts are not the spirits of some obscure child who died of tuberculosis in the upstairs bedroom. Sometimes, they are famous in their own right.

Such is the case with the Chelsea Hotel in Manhattan, which welcomed such prominent guests as Dylan Thomas, Thomas Wolfe, Mark Twain, Janis Joplin, as well as Sid Vicious of The Sex Pistols, who is believed to have stabbed his girlfriend Nancy Spungen to death in one of the rooms.

It is said that many of these famous guests never fully left the hotel. Both Thomas Wolfe and Dylan Thomas allegedly haunt the hallways, while others have claimed that the spirit of Sid Vicious remains in its walls. 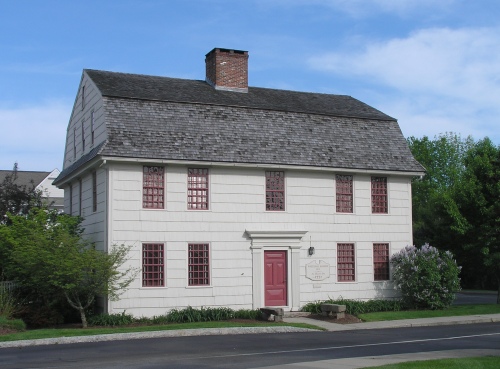 Not all haunted hotels are vast buildings with storied histories. Some of them are modest inns that, while certainly being somewhat historically significant, aren’t necessarily known for their dramatic pasts.

Such is the case with the Whitehall Mansion in Mystic, Connecticut. Originally the home of Dr. Dudley Woodbridge, a prominent theologian from Yale who lived there with his large family while also running a medical office, the mansion is now a quaint bed and breakfast that is known for its bizarre paranormal activity. Guests have reported seeing orbs and strange floating mists, as well as hearing the voices of children playing, even when no children are staying at the mansion or in the surrounding areas. One of the voices may belong to the spirit of Benjamin, a child of Dr. Woodbridge who died when he was still a boy, although all the other children grew up into adults, leaving the remaining voices a mystery.