Make no mistake about it, Australia wants to kill you. From its vast deserts to its pristine beaches to its quiet suburban backyards, the country is packed with animals that want to both scare you out of your wits and provide you with a quick but agonizing death. It’s actually not a bad place to live, provided that you have the knowledge to avoid the various types of fauna that were clearly created by the Dark Lord himself.

Here are some of them: 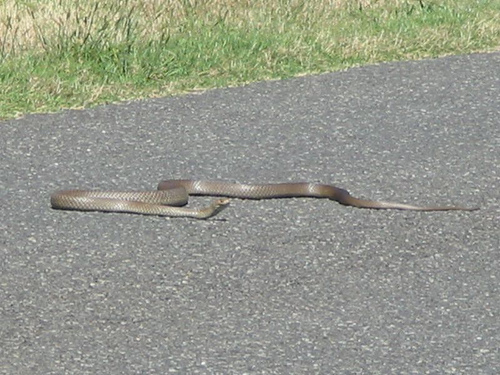 These snakes are common in Australia, and kill the most people out of any animal on this list. They don’t rank any higher simply because they do tend to stay away from humans.

Still, the problem with these guys is that snakes like roads. Roads are warm and flat and in the Australian outback, snakes can chill on them for a long time without being run over by a car. But it also means that you can be driving along chilling with the window open and have one flip up and bite you, which has happened to at least one person. Or you can be relieving yourself by the road out in the bush, and, uh, have one jump up and bite you on the wang.

The lesson here is: if you’re driving in rural Australia, stay in the damn car and keep the windows up. 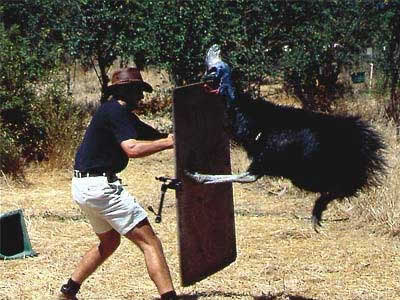 This bird lives in Australia’s tropical regions, and as the picture shows, even birds in Australia have caught the ‘we hate humanity’ virus. A guidebook in 1958 had this to say about them:

“The inner or second of the three toes is fitted with a long, straight, murderous nail which can sever an arm or eviscerate an abdomen with ease. There are many records of natives being killed by this bird.”

Unfortunately, (well, fortunately for Australians), this guy seems to have been victim to local exaggeration. Although these birds do attack and charge humans, the wounds caused by their kicks are relatively shallow, and haven’t actually caused many deaths. Still, they deserve an entry here for being the closest thing in the real world to godamn velociraptors. 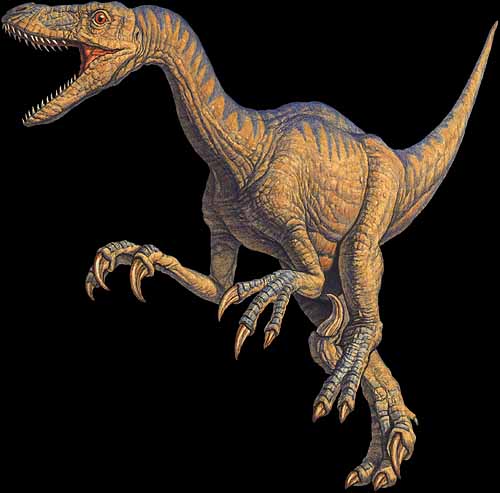 The worst thing about these deadly snakes is that they live out in the middle of nowhere. Like brown snakes, they’re not fond of humans, which in the case of this snake means they’re not fond of chilling out in places where you might actually have access to a hospital within the time of their venom overtaking and killing you. No, they hang out in the middle of the bush where a helicopter might be able to rush you to a hospital in a few hours. If you’re lucky. The only time I saw a tiger snake was on Kangaroo Island, two hours away from a town and well outside of phone reception.

The most terrifying part? When we saw it, we stood debating for several minutes whether it was a tiger snake. It couldn’t be a tiger snake because it didn’t have stripes, we concluded. So we stood there for a while near an aggressive deadly snake without running away, because some misanthropic Australian sadist gave it the most misleading name possible. 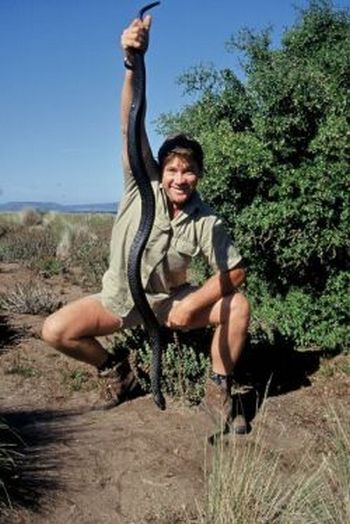 The tiger snake. Not seen: stripes. 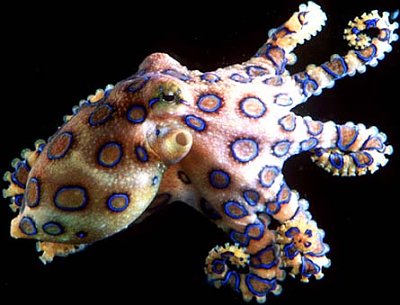 These little bastards used to live on the beach next to where I grew up. If they bite you, you have about three minutes before you’re unconscious, unable to breathe and paralyzed.

The best part: there’s actually no antidote for their poison. The only way to keep a person alive, once bitten, is to perform CPR on them until their body digests the poison. Which takes hours. So if you decide to go to the beach in Australia, make sure it’s with a trained adult who really, really loves you.

The other best part: victims are often conscious the whole time, although paralyzed. A great way to spend the afternoon!

Blue ringed octopi often build a temporary home inside of pieces of trash left on the beach. That is why on Australian beaches, litter collection is only done by prisoners on death row.