History is written by the victors, which is unfortunate because sometimes the losers go out in a way that is bizarrely fascinating, but swept under the rug. What follows are four attempts at invasion that ended in failure.

The Fenian Brotherhood, a group of Irish rebels based in America, sought to get the British off their backs and out of their homeland. To achieve this lofty goal the group planned a series of raids on parts of British North America, which is what people were calling Canada in those days. There had been a single attempt before the Niagara Raid to attack Campobello Island from the Maine coast, but the seven-hundred Fenians got turned around by American troops.

A bolder plan to raid Quebec and Ontario was developed shortly afterward and implemented in June. One-thousand, three hundred Fenians crossed the Niagara river into Canada without being intercepted. A smaller Canadian force, made up mostly of volunteers, was quickly assembled… and they walked right into an ambush. Though the two forces were similarly equipped, many of the Fenians were Civil War vets and much more experienced than the volunteers. 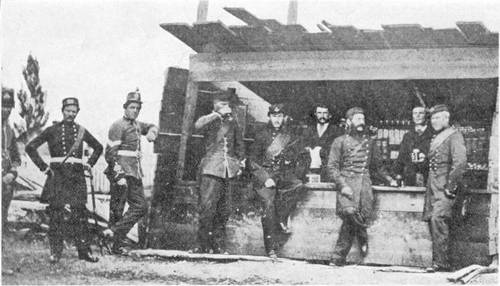 Though to be fair to the Canadians, they took a snazzy photo.

There were two separate battles in the Niagara Raid and the Fenians were clearly on top in both. However, there was concern that the raid wouldn’t continue much longer because the USS Michigan stationed itself in the Niagara River after the raid began. This probably could have been foreseen, as both countries had battleships stationed in the area since the USA failed to take British North America during the War of 1812. Despite leading in casualties, forcing a handful of retreats and holding several prisoners, the Fenians decided to simply shrug it off and try to sneak back into the States. They were promptly arrested and taken aboard the Michigan. Canada remains uninvaded and suspiciously polite to this day.

Under the general Oda Nobunaga, General Toyotimi Hideyoshi played a major role in the unification of Japan. However, he seemed to have a bigger appetite than he let on, because even before completing the numerous military campaigns to unify his own country he had set his eyes on the prize that was China. Shoot for the moon and aim for the stars indeed.

The trick was getting to China. Hideyoshi sought to utilize the Korean peninsula to launch a ground invasion. Hideyoshi offered a partnership with Korea and to repair their strained relationship. Korea, unfortunately already buddy-buddy with China, had to refuse. However, Hideyoshi wouldn’t take no for an answer and launched a massive invasion anyway.

Hideyoshi’s army caught Korea by surprise and, armed primarily with muskets, were better equipped. The force of over twenty-thousand made rapid progress one their way to Seuol. That’s when admiral Yi Sun-sin stepped into the picture. 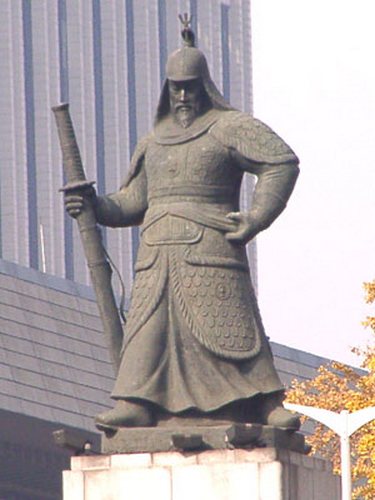 Drop a train on ‘em.

Originally stationed on the southern coast to thwart pirate attacks, Sun-sin launched a naval attack with a fleet lead by the turtle ship, a craft of his own design armed with fourteen cannons and clad in armor and spikes to prevent boarding. The Japanese lost ships by the hundreds while Sun-sin lost only a handful of troops each battle. The Japanese fleet, made up mostly of pirates and merchant ships, had the numbers but didn’t have the strength.

Meanwhile, Korean soldiers on the mainland adapted guerrilla tactics to attack advancing soldiers. The hammer finally fell when China, sick of this invasion noise, warned Japan that they were about to send four-hundred thousand troops to Korea if they didn’t knock it off. Peace was achieved only temporarily; Hideyoshi thought he won the war and made a list of demands of China, which they never received. Thinking he was being mocked, he invaded Korea again, with terrible results.

While Napoleon was leading forces across Europe and doing the heavy lifting, the French revolutionary government devised a plan to invade Britain, rally the support of its poor citizenry and take over. There were a few problems from the get-go; most notably that Napoleon had taken much of France’s muscle with him, so the army of fourteen hundred troops was mustered up by making creative use of prisoners. Also an issue was the wind preventing the four warships from porting near Bristol where the invasion was to start. So things were restructured a bit and the invasion was to launch from Fishguard in Wales.

From the start the fleet encountered trouble shortly after docking when they heard a cannon fire (intended to warn the citizens) and decided to take their chances elsewhere, finally docking near the small village Llanwrda. Once there, the officers began raiding and drinking. Two days later the whole invasion collapsed into a pool of drunken failure. Citizens took advantage of the situation and began taking prisoners. The plan was abandoned. 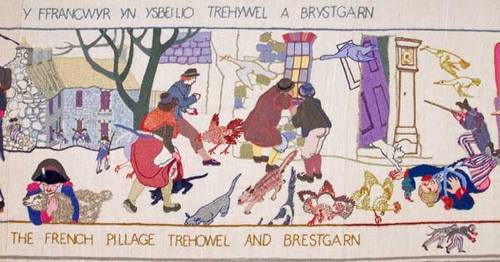 The only part that went according to plan.

The real kicker is the officers’ surrender, which states that thousands of British soldiers descended upon them. Not only were there not nearly that many soldiers even near them, but legend says that they mistook women who came to watch the impending battle for armed troops.

Rome had a boner for military campaigns (it would be hard to build an empire otherwise) but after a while funding was running low. Still wanting to crack skulls but needing to balance the budget before they could, General Crassus set his sights on Parthia.

For those of you who need to brush up on your geography, Parthia at its peak covered all of Iran and parts of surrounding nations. It was big, rich and the Joker to Rome’s Batman. Crassus was looking specifically for gold, but the area itself could have served as a strong foothold in the region and would have most likely been used to launch further invasions once Rome got the folks from MasterCard off their case.

And when Crassus found the rest of his body, of course.

Crassus was just a pinch inexperienced compared to the likes of Caesar and Pompey the Great. Part of his reasoning for invading Parthia was to achieve a great military victory all his own and show off. This brought with it two flaws: first, the Armenian king offered Crassus use of several thousand soldiers if he chose to invade through Armenia. Crassus refused, choosing to cross through the Euphrates instead. Second, he did absolutely no research on his enemy. His army was comprised almost entirely of infantry men. The Parthians relied on two types of cavalry that could fire arrows while riding forwards or backwards, a technique that Rome had yet to develop an answer for. Pretty much boned, Crassus’ men were wiped out and Parthia went untouched. Rome would later attempt to invade again but would be distracted by civil war.