Politics can get weird. This is to be expected since the stakes are high and money or power drives some folks to extremes. Then again, some of these people were no doubt a little extreme, weird, or extremely strange to begin with and politics was just their next logical step.

1. The Donation that really a Political Gambit

The letter from Constantine professed undying and rather expensive gratitude. The Emperor gave Pope Sylvester I the controlling sovereignty over most of Western Europe. Why? Well, according to the letter Constantine wrote he was so grateful for having been cured of leprosy by the pope. The only problem was there is no record anywhere then or now of the Emperor having the dread disease. In fact, the document itself wasn’t seen until around A.D. 750 or 800 about 400 years after the ruler passed on to his own reward. This did not keep the Vatican from using the letter as a sort of deed of custody to add land or tariffs paid to the Holy Roman Empire. A scholar named Lorenzo Valla discovered and published a report regarding a number of historical inconsistencies with the Donation letter, but no one really had the clout to put an end to the deceit until the end of the 1920’s. It was none other than Benito Mussolini, himself about to pull a few fast ones with the public, who finally forced Rome to let go of a huge slice of Italy. 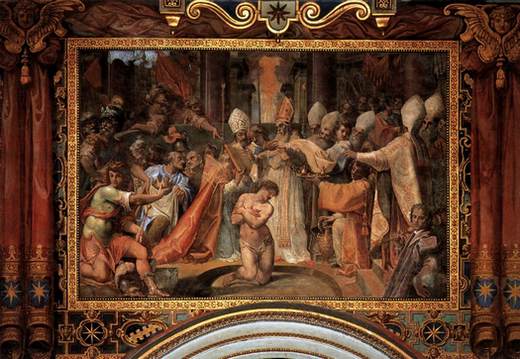 2. Too Delicate To Vote, Tough Enough to Be Tortured

Strangely enough in two places as committed to ‘fairness’ and the ‘rights of the individual’ women had to suffer and protest for their right to vote in the U.K. and the United States. For this reason the terms suffrage and suffragette is related to this fight, but few still remember how demeaning and difficult a time the women had it before winning such a basic right for themselves.

Most of the women who protested were from middle class backgrounds who felt stymied by their lack of ability to change their own situations either socially or economically. They started the movement for rights starting with the right to vote for their own representation in general elections. While there are currently many historians especially among those who lean toward the conservative trends who feel that the suffragettes did themselves a disservice by protesting, chaining themselves to fences or causing public disturbances it should be noted their methods gained them more attention and sympathy than simply writing letters to a newspaper.

Their fight also proved their point in a weird and ironic way as the reasons many politicians and religious leaders opposed women voting was their supposed fragility and inability to take on weighty subjects. During the course of the suffragettes movement in U.K. the woman were jailed, beaten, starved, and then out of fear of being blamed for having starved the woman jailers force fed a few of the group’s leaders by jamming a rubber tube down their throats. Women in the U.S. likewise faced adversity before finally winning their campaign. Strangely now that all the anger and hatred has died down even historians often discount or downplay the violence these women experienced which was in reality no differently or less viciously fought against than for any other group protesting for political equality. 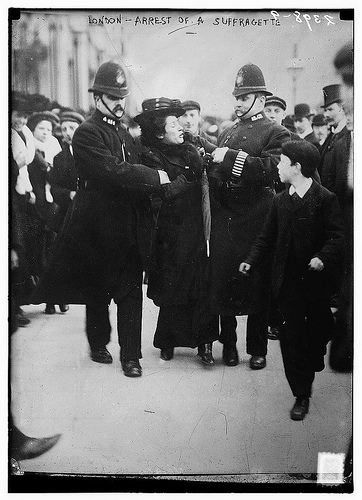 The name Benjamin Loan isn’t as well known as many of his contemporaries like Andrew Johnson, Lincoln or General Lee. Loan started out well studying law and being admitted to the bar in 1840. Soon he became a practicing lawyer in Missouri. As he was an opponent of slavery he joined the Union Army and was immediately commissioned as a brigadier general. He continued his military service until 1863 when he was elected to Congress. After the assassination of President Lincoln by John Wilkes Booth however, his career took a drastic and weird turn. He and several other congressmen accused Andrew Johnson of having been involved in the conspiracy to murder President Lincoln. They demanded answers to certain questions and suggested that no one benefited more from the murder of Abraham Lincoln then Johnson who became acting President. It wasn’t that their questions didn’t have merit. They wanted to know about apparent changes made to diary of John Wilkes Booth.

They also wanted to know why John Wilkes Booth had visited Johnson’s house on the day of the assassination and left his card. The message Booth left was odd. “Don’t wish to disturb you. Are you at home?” Speculation ran on both sides about this quirky message some believing that the far thinking Booth was planning ahead and trying to cast Johnson in a suspicious light. Others like Loan thought the message sounded almost like a code, which seemed odd since a member of Booth’s band of conspirators named George Atzerodt was tasked to kill Johnson at home at the same moment Lincoln was being shot in the theater. Atzerodt claimed to have lost his nerve and tried to find it at a bar in several shots of whiskey. By the time he’d tried to carry out his deed men were already running through the streets shouting the news about Lincoln’s murder.

Still despite Atzerodt statements and confession the entire plot seemed strange to Loan and the conspiracy theorists so they made it known they didn’t think Johnson should be trusted. Their campaign of doubt backfired.

As it often happens to those who express such dark theories about their leaders Loan and the others felt public opinion turn against them instead. Johnson’s career and reputation continued untarnished by the allegations, but Loan lost his seat in 1868 and was forced back into his practice of law. He died in 1881 with none of his questions every truly answered. 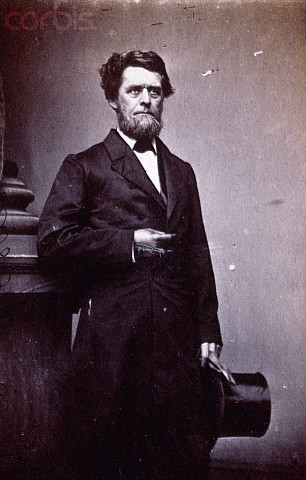 Some of the weirdest campaigns haven’t even involved the human race at all. There have been a number of times through history when voters have shown either their angst or apathy regarding their political choices by running and even electing members of the animal kingdom. Perhaps the most amazing cases of a non-human being elected to office through involved foot powder getting the vote. Perhaps it was apathy, or a misunderstanding, or just a case of the voters deciding six of one, half dozen of the other but a company’s ad campaign for their foot powder resulted in a successful bid for office instead.

Apparently in July of 1996 elections were held in the small town of Picoza Ecuador and the foot powder company named Pulvapies decided to cash in by using the public’s interest in the process to promote their foot powder. They passed out a leaflet the same size, design, and color as the official voting paper imprinted with the slogan “For Mayor: Honorable Pulvapies.” The dozen or so candidates who found themselves beaten out of office by a cure for stinky feet were humiliated and threatening to sue the pharmaceutical enterprise for fraud. 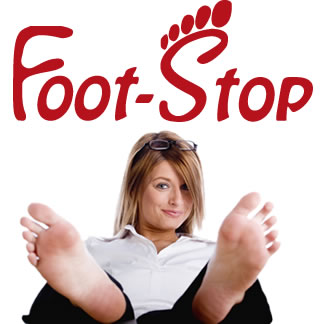 John Lott is writer who likes guns, economic theory and conservative politics apparently in that order. Born in 1958 Lott holds several degrees and has held research positions at UCLA, Yale, Wharton and several other universities. When he began writing for the public with titles such as “More Guns, Less Crime”, “The Bias against Guns” and “Freedomonmics” it was natural that forums, chat rooms, and blogs heated up with either praise or criticism of the books. This wasn’t unusually, but soon internet users came to notice that time after time any place where the book was mentioned and especially if it was even tamely given a negative treatment a woman name Mary Rosh would show up and pen a long defense of Lott’s work. What was very strange was she didn’t have many other interests. She didn’t show to respond to other writer’s works, or haunt the blogs where such subjects were discussed at any other time. She appeared to be fairly obsessed with Lott.

Eventually Mary had a logical explanation for this – she was a former student of John Lott’s and she fondly remembered those days hearing his lectures. She continued to show up to give glowing reviews of the book on places such as Amazon.com and to fire back with critical remarks at any other researchers or critics of Lott’s research or writing. When it came to his theory about more guns meaning less crime Mary used her supposedly pint size to make her point claiming to weigh only 114 pounds therefore in need of a firearm for protection.

Forum and blog readers begin to grow suspicious and when some noticed that the writing and Mary Roch and John Lott was very similar they begin to uncover a trail that lead from Roch straight to John Lott. Blogger Julian Sanchez tracked Roch down to a fake persona Lott had taken on to defend and glorify his own work. Lott tried claiming his son and wife had used the alias to defend him, but few took this idea seriously. The non-existent Mary Roch has the distinction of being known as the very first internet “sock puppet” a beast designed to serve as a loyal online invisible friend to anyone with a political agenda. 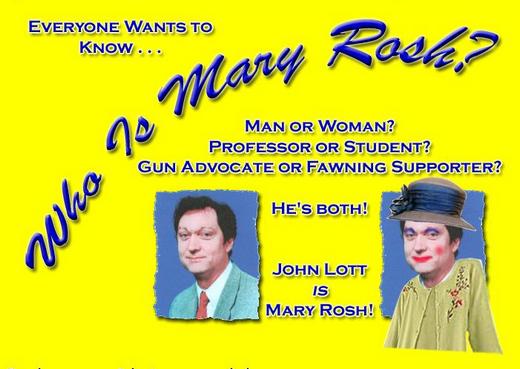 It’s said politics makes strange bedfellows, but the truth is it also breeds a lot of weirdness.