We’ve mentioned it before, but it bears repeating: people love the idea of surviving in a zombie apocalypse. The Walking Dead is the biggest show on television, and games like Left 4 Dead are as popular as ever. So it shouldn’t come as much of a surprise that people are taking the next steps in zombie preparedness, taking a few notes from the Zombie Survival Guide and putting them into practice in “real life” situations. After all, who wants to be the only person not ready when the zombies finally come shambling down the street and right up to your front door?

A whole series of zombie survival games falls under the umbrella of “Zed Events,” which all take place in the United Kingdom. One such game is “The Mall,” which obviously gets its inspiration from the movie Dawn of the Dead as it drops you and your friends into a zombie infested mall and tasks you with surviving and escaping the undead hordes. Another one of the games is called “The Desolate Lakes,” which is an entire survival weekend, one of the most immersive zombie survival games there is considering that, while most last around two hours, this one lasts two full days.

There have been several zombie themed running events over the years, and one of the biggest current runs still in existence is Zombie Run, which will be taking place across the US this year in places like Mississippi, Illinois, Florida, and Pennsylvania, among others. Unlike most other zombie runs, Zombie Run actually has three different incarnations. One is the traditional obstacle course run, another is “Urban Assault,” in which there are no obstacles, only zombies, and the third is “Escape,” in which you’re dropped into a unique setting like an abandoned hospital or a baseball stadium and tasked with making your way out safely. As the movie Zombieland taught us, cardio is important in the zombie apocalypse so, hey, what better way to get in shape than running from pretend zombies? 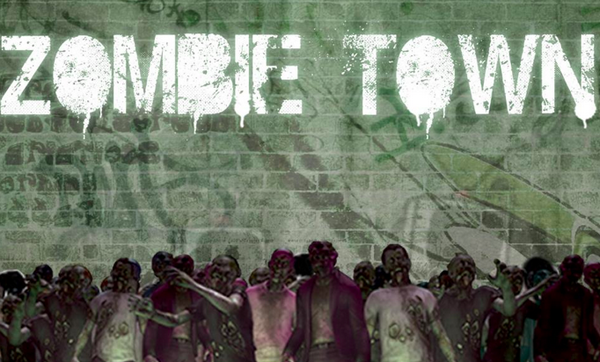 If you’re ever in the area of Asheville, North Carolina, you can head on over to Zombie Town, a completely immersive zombie apocalypse game that is held throughout the year. It’s basically a giant role playing game, as you’re given an airsoft shotgun and a flashlight, and you and a few other survivors are tasked with making your way across the “Zombie Town” to find patient zero of the massive outbreak, finding clues along the way that will tell you where to go and how the whole thing started in the first place.

As you’re going to start learning the deeper we get into this list, apparently folks in the United Kingdom absolutely love their zombie games. And if you really want to be truly prepared for the zombie apocalypse, what better way to get started than by attending an actual zombie boot camp? Taking place in Worcestershire, folks who want to become zombie hunters in the event of a zombie apocalypse train with actual military personnel, and get specialized weapons and survival training. At the end of this training they slap on some body armor and clear a warehouse of any undead presence. To make it even more realistic, their guns are filled with “blood balls,” which are kind of like paint balls only they spatter like blood when they hit their target, so you’ll get your fill of gore.

One of the biggest zombie survival games you can play is held in the United Kingdom and is called Zombie Earth, which takes over basically an entire city for the duration of the game. It’s incredibly immersive and wide open, as you journey through the chosen city in a live action chase game, going from location to location while receiving coordinates and avoiding the walking dead. The goal is to get to a survivor’s compound, which typically takes about two or three hours. You join the game in a group of 8-10 survivors and do your very best to avoid becoming infected using no weapons, and only your wits and survival instincts.

Have you ever played a first person shooter video game and thought, man, wouldn’t it be cool to get fully immersive and see how you’d fare in a real life setting? Well, if you don’t feel like becoming a police officer or a soldier, and if paint ball is a little too tame for you, there’s always something like Patient Zero, a game you can play in Australia. The event is organized by a group called IRL Shooter, which is pretty much exactly what it sounds like: real life shooter games. With Patient Zero, you’re thrown into a zombie apocalypse setting with a “machine gun” and left to see how you could do. It’s basically playing Left 4 Dead, only in real life.

If you want to take your survival game up a notch, you can always travel to the United Kingdom to play The Last Survivors, which takes place in an actual, bonafide, former government nuclear bunker that was built in 1951, during the height of the cold war. It’s advertised as “story driven combat” and the game takes a couple of hours, with zombies lurking around every dark, incredibly creepy corner. The game revolves around you and your friends receiving a distress call, and heading down into the bunker on a rescue mission while seeing how well you can survive the constant zombie attacks that will be coming at you from all sides. As far as settings go, you’re not going to do much better than The Last Survivors for awesomely creepy apocalyptic fun.