We’re assuming that most of our web-savvy readers are familiar with Rage Comics, but just in case you’ve been living in a cave for the past three years, here’s an example of what we’re talking about: 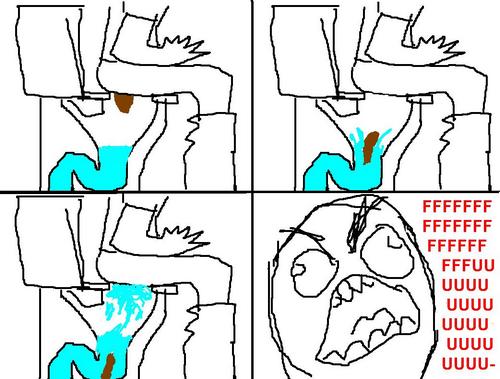 The above image is the original Rage Comic. First posted to the 4Chan imageboard /b/ in 2008, the comic was quickly reposted and edited by other users to tell different stories. The formula is as simple as the “born under power lines and without hands” art style: the first three panels tell of a situation that leads to a mild annoyance and the fourth panel show’s Rageguy’s reaction, with or without some slight variation.

While Internet memes are a dime a dozen, the thing that sets Rage Comics apart are their enduring popularity and the many, many variations that followed. Every new character has helped to sustain the original comic’s basic mechanics and structure while putting a new twist on the joke.

Trollface was one of the earliest Rage Comic spinoffs, first started showing up around 4chan in September of 2008. As the name implies, Trollface is a simple depiction of the average Internet troll, complete with a toothy grin and a smug sense of self-satisfaction. 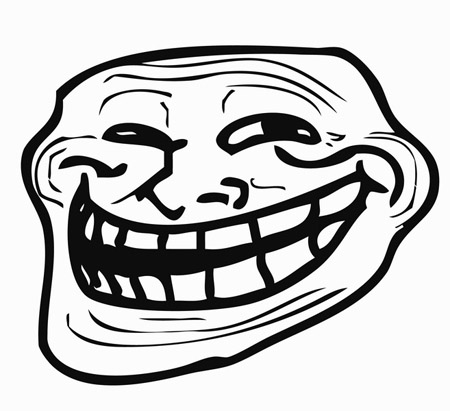 If seeing this face makes you want to break something, then that means they’ve already won.

Coolguy is the same character image, used in a different context. Use of Coolguy first appeared on the ebaum’s world forum (the original comic can be seen here, probably grabbed from 4chan). 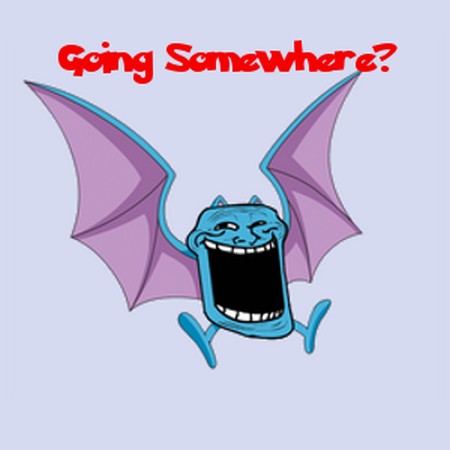 Son of a bitch.

Moving towards the other end of the spectrum, Forever Alone Guy takes that feeling of isolation we all feel from time to time and multiplies it by forever. “Endearing loner” becomes “potential restraining order recipient” thanks in no small part to some really creepy hyper detail on an otherwise simple image:

The comics follow a formula similar to the original Rage Guy and first surfaced in 2009.

In a rare turn of events, Forever Alone Guy has crossed over into the real world as part of a Sony Ericsson ad campaign, somehow adding an even creepier angle to it than before:

Some things were never meant to escape the two-dimensional plane.

Outside of the comics, Forever Alone Guy has also taken a role as an Advice Animal, often explaining how even the smallest details of his life only further remind him of his isolation. 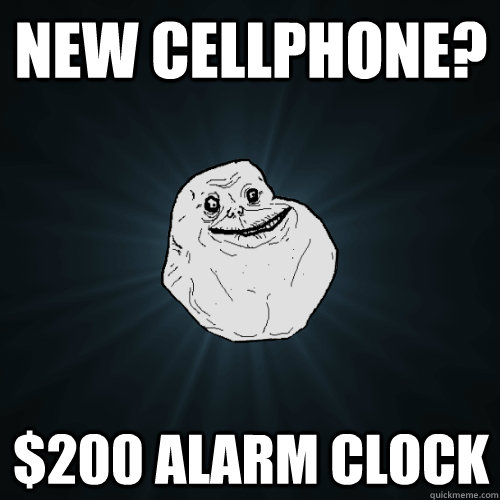 The hallmark of Rage Comics is the overreaction featured in the final panel.

While that itself has been the subject of a few comics in parody: 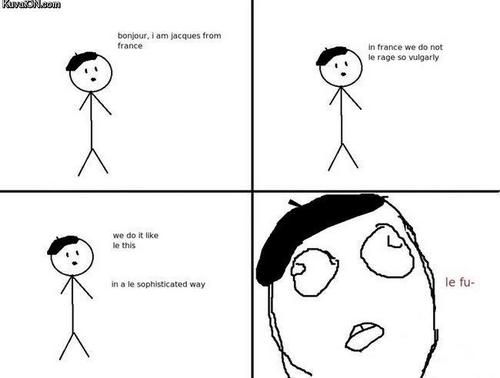 Okay Guy is the first character whose very nature is a mundane, emphasized by the anti-climactic response of “Okay.” 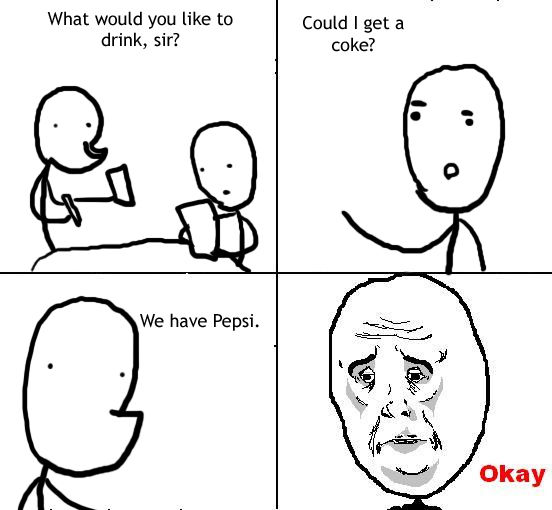 The character is related to Forever Alone Guy somewhat in that their troubles seem relatively minor. But whereas Forever Alone Guy sees this as some sort of cruel fate he’s damned to endure, Okay Guy simply accepts things for what they are with a twinge of sadness. Feel free to debate amongst yourselves which of the two is more depressing.

Okay Guy has the usual crossover with other Rage Characters, but from time to time people will use actual photos that mimic his dour expression in place of Okay Guy himself: 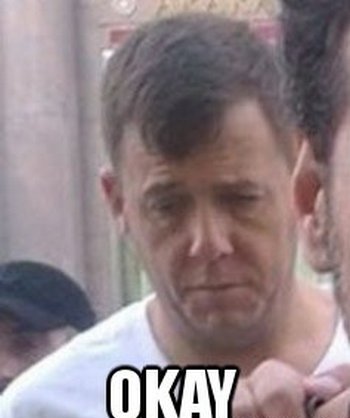 Another creation of /b/, Poker Face comics feature the same awkward or irritating situations of other Rage Comics with the twist ending of no reaction at all: 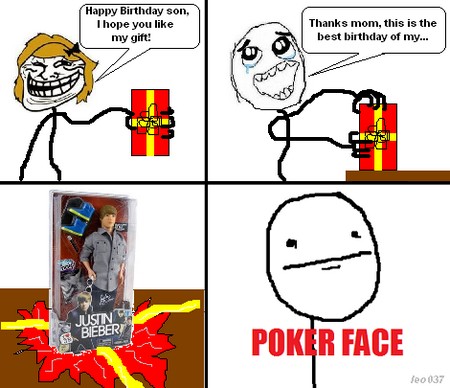 At first it seems like a non-joke; debuting in 2010 and well after numerous other characters following the same comic formula, Poker Face’s blank expression could have easily been a shot at the redundant nature of the meme’s new spinoffs. Regardless, the charm of his non-face lead to the meme’s spread to numerous forums.

Well, you can go with the obvious joke: 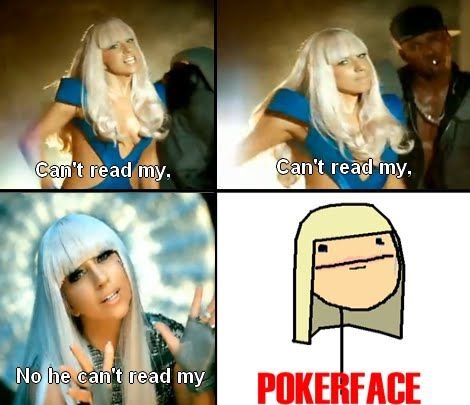 But we’re getting behind the Pokemon gag again: 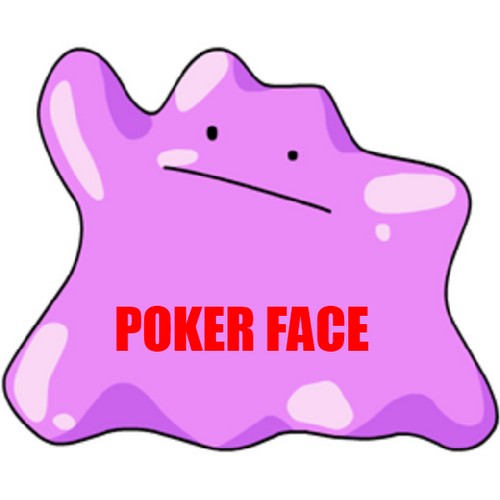 With the above entries the images only come off as creepy because of the detail/quality of the characters themselves while being relatively mundane in context. Me Gusta takes a decidedly different approach: 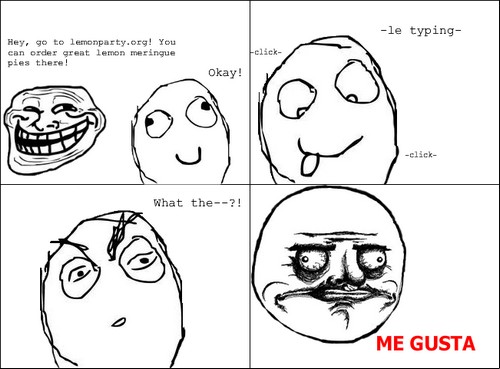 In these comics the response of “Me Gusta” (translating, essentially, to “I like it” in English) is usually given in response to disgusting, awkward or perverse situations. His expression only helps to make you feel completely filthy.

As the meme evolved Me Gusta’s context changed from unsettling potential sex offender to be a look of goofy determination completely removed from reality: 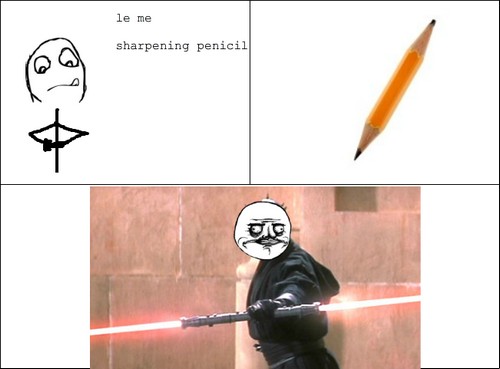 There’s a small suite of Rage Comic characters that are line art versions of actual people. The images are most often traced from a video or photograph. You’ve got your Yao Ming: 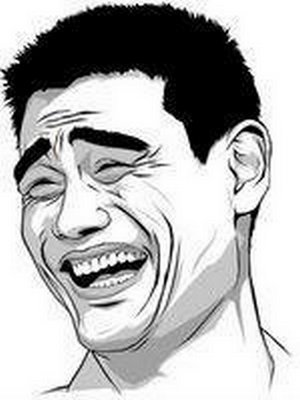 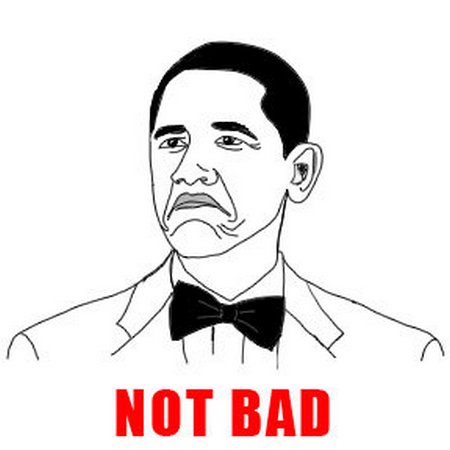 And the beat goes on.

However, our Highlander practice of selecting favorites will only let us choose one, so we’re going with astrophysicist Neil deGrasse Tyson: 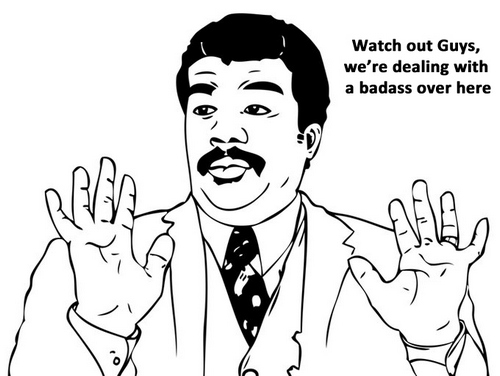 Yeah, we had to Wiki the name, too.

Tyson’s seemingly defensive stance is used in response to ridiculous claims of boasts made by other posters, usually accompanied by some variation of the phrase “Watch out guys, we’ve got a badass over here.” It doesn’t follow the four panel structure of other comics and is instead used in response to photographs and image captures.

We like it when Tyson gets involved in social media: 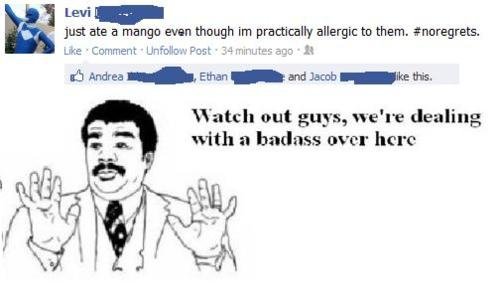 The Now Kiss character was first seen in a two-panel comic trying to force an apology out of two other characters by kissing. The original comic featured the title character as a principal dealing with two students: 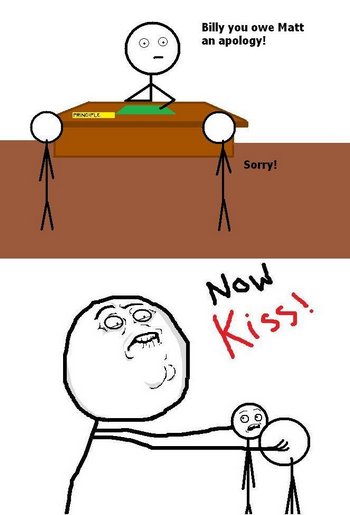 The character was reused this context several times, but the meme took a turn on reddit when the final panel was posted in response to an image of Emma Watson standing close to Emma Stone: 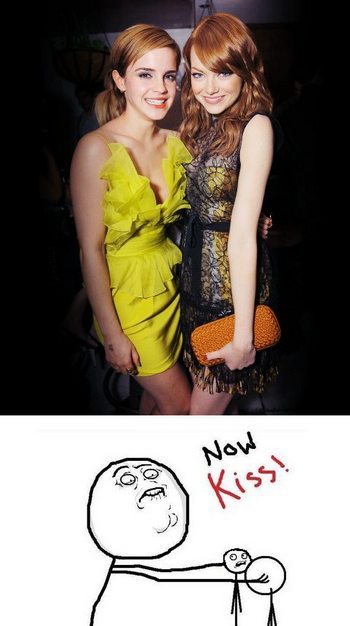 Our personal favorite manages to combine both forms with a Harry Potter reference for some sort of bizarre Internet hat trick: 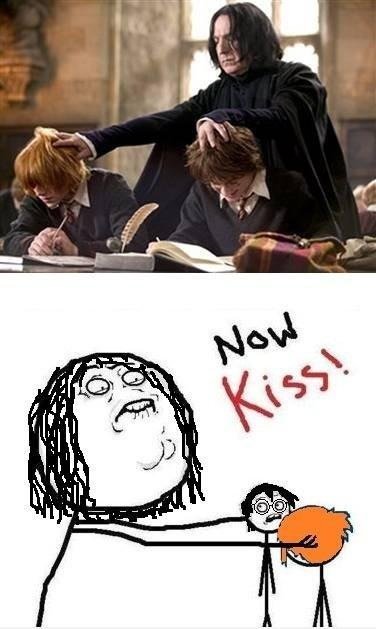 Born in 2011 on Reddit, I Lied reveals the darkness that lurks inside each and every one of us: 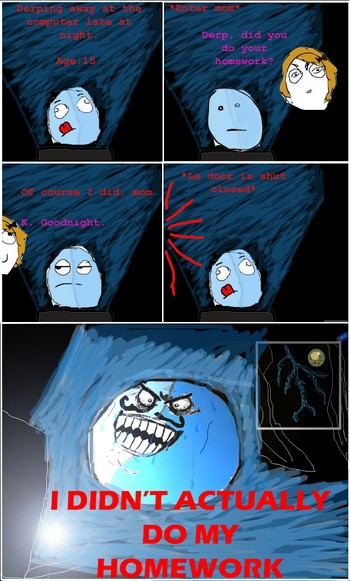 The lie told in the punch-line is always mundane and inconsequential. Notably, I Lied is usually in color, leading to the observation that he looks kind of like a blueberry and making way for Strawberry Guy: 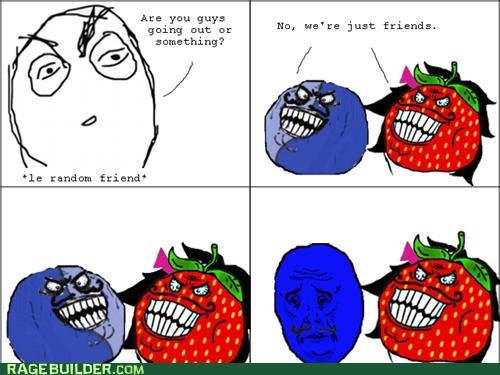 First, let’s get the obligatory Pokemon reference out of the way: 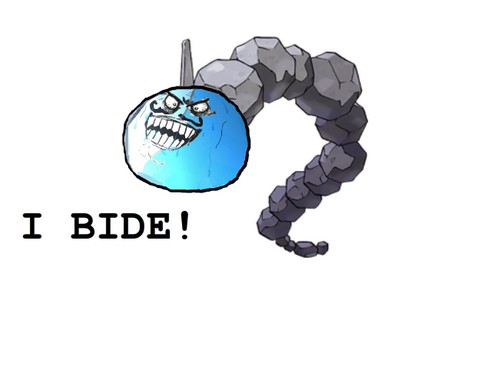 Second, there’s this crossover from the Disney hipster image macros: 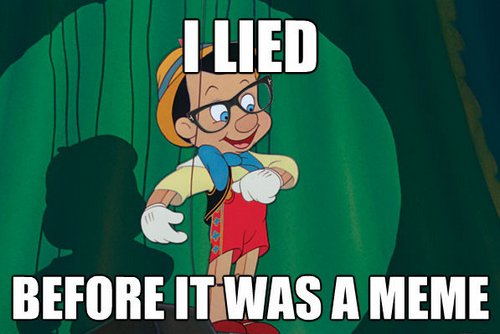 7 Things you Need for your Renovation Project

10 Educational Wallpaper Ideas For A Kids Bedroom in 2020

3 Best Hot Tubs for All Budgets

5 Most Effective Methods of Taking Care of Your Toner Cartridges

What Mileage is Good for a Used Car? – 4 Tips

5 Most Effective Methods of Taking Care of Your Toner Cartridges