Home Gambling How It All Started: The Origin of Gambling In 10 Steps

Gambling has significantly risen in popularity over the previous century, but the fact of the matter is that it has been around for what seems like forever. Have you ever wondered when and where gambling came to be? And how did it all start?

If you thought that the earliest slot machines and the first-ever Las Vegas casino are the cradle of gambling, think again.

Believe it or not, gambling is said to be as old as humanity itself. Various historical evidence shows that wherever there were people, gambling was close by.

That being said, here is a brief overview of gambling history and the origin story of one of humanity’s favorite activities.

Ancient China is actually believed to be the cradle of gambling as we know it today. There are a lot of evidence to support this belief, such as various tiles archeologists discovered that are believed to have been used in some type of game of chance. In the “Book of Songs”, the oldest Chinese book, there are also quite a few mentions of these tiles and their use. Backed with such strong evidence, it’s more than safe to say that Ancient China was the first country to have an elaborate lottery system many of its inhabitants really seemed to enjoy.

The oldest pair of dice we know of today were actually uncovered in Egypt. However, they did not origin from the modern Egypt as we know it today, but they actually originated from the ancient Egypt. Thanks to fact that ancient Egyptians took all of their valuables to the tomb with them, such a discovery was possible. But even though the dice discovered do date back to ancient Egypt, archeologists and historians haven’t yet managed to find any evidence to show how exactly they were being used. Due to their uncanny resemblance to the dice we know and use today, it’s safe to assume they were used in a similar manner and for similar purposes.

Ancient Greeks and Romans were also known for enjoying gambling. So much so that, in fact, gambling became banned in ancient Rome, as Romans were spending so much time enjoying it. That being said, you can check out  AskGamblers blog post see how the history of gambling is full of fun and interesting facts. Ancient Greeks, on the other hand, enjoyed not only gambling, but playing various dice games as well. They also believed that dice were invented by a hero from their mythology. Luckily, no one was there to burst their bubble and tell them that dice were already invented in ancient Egypt quite some time ago.

Some historians believe that cards also originated from ancient China. But there are not a lot of evidence that can support this belief. Regardless of where they originated, however, they became widely used in the 800AD.

The game we know as Baccarat today actually originated in France in 1400AD. Even tough there are some inconsistencies regarding who exactly invented the game, we at least know where it originated from. So, the next time you play Baccarat, remember its French origins and just how long ago the game was actually invented.

The 17th century was quite a fruitful time for the gambling industry. Not only was the game of Blackjack invented in the early 1600s, but this was also the time when the first-ever casino came to be. Blackjack is believed to be inspired by the Spanish game called Ventiuna (meaning 21).

The first-ever casino was opened in Italy in 1638. The city of Venice became the home to The Ridotto, as the first casino was called. Now, it’s important to understand that The Ridotto shared very little similarities with modern-day casinos. But it was a space designated for gambling, which makes it a true forefather of casinos as we know them.

Little Wheel is the predecessor of a very popular modern casino game. Can you guess which one? That’s right, Little Wheel was the first variant of the game we nowadays know as Roulette. Little Wheel was invented in Paris, however, this early version was quite different from Roulette as we know it today. But considering the fact that we still have many versions of this game, including European, American and French roulette, it’s really cool to be able to see where all of them originated from.

According to one research, Poker is believed to have originated in Persia. However, other sources state that its origin draws roots from the French game similarly named Poque. Regardless of where the game originated from, the modern version of poker is linked to the city of New Orleans. Reportedly, the first Poker game was played in New Orleans back in 1829, after which it spread across the globe.

Compared to all the previous examples, online gambling is relatively new. The trend of casinos expanding their offer online became popular in the 20th century, closely following the birth of the internet. Thanks to various advancements and breakthroughs in the field of modern technology, casinos gained an opportunity to reach a worldwide audience by shifting their content to the online realm. Luckily, this isn’t where the story ends, as technology only continued to evolve further.

Continuing the trend of expanding the offer and reaching a wider audience, online casinos soon shifted their attention to the mobile world. As the internet connections became safer and faster, and our mobile devices continued to evolve, so did the offer of casino games that can easily be played on mobile devices. Nowadays, it seems like mobile gambling is reigning supreme, and only time will tell how things will continue to evolve in the future.

So, considering the fact how long gambling has been around, it’s safe to say that this favorite pastime activity is not going anywhere any time soon. 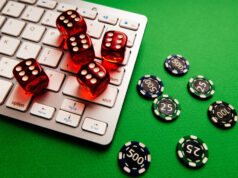 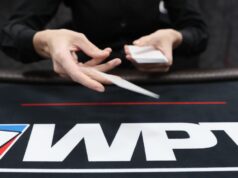 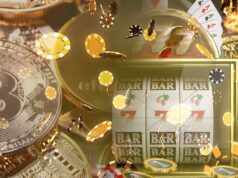 3 Reasons Why Bitcoin Casinos are the Future of Online Gambling