Although war is usually thought of as a man’s domain, like in all aspects of life, women inevitably play their part. During World War Two, a great number of women influenced events and the men at the top of the Nazi Party in various ways, through their love, support and often through their actions. Weather as wives, lovers, friends or even combatants, some women played important roles in the war effort of the Third Reich.

Hanna Reitsch was born in Poland and was a leading stunt pilot before the war, she became the first woman to fly the Alps in a glider and set many other gliding records, some of which still stand today. She became chief test pilot for the Luftwaffe in 1937 and played a major role on the Junkers Ju 87 Stuka and Dornier Do 17 projects, as well as being one of the first to fly the Focke-Achgelis Fa 61, the world’s first helicopter.

An ardent supporter of Hitler and his policies, she was the only woman to be awarded the Iron Cross, both first and second class and was loved by the hierarchy of the Nazi Party. She became a favorite of Hitler’s and worked on many new innovative projects, getting hurt many times in the process. The most dangerous work undertaken by her was testing the Messerschmitt 163, an experimental rocket-powered interceptor. It climbed to 30,000 feet in a minute and a half travelling at 500mph, the fastest any human had ever gone at the time.

She was present with Hitler just before he committed suicide, but left on a mission to bomb Russian forces approaching his bunker. She survived the war and died in Frankfurt in 1979, aged 67. Probably the most famous of Hitler’s female supporters was Eva Anna Paula Braun, who first met him in 1929 while working for the official Third Reich photographer Heinrich Hoffmann as an assistant and model at the age of 17. Soon after she met Adolf, they started spending a lot of time together and would soon become his mistress.

She often complained that he would neglect her and kept up habits that met with his disapproval such as wearing make up, smoking and nude sunbathing. She twice attempted suicide while in a relationship with the Fuhrer, and after the second time in 1935 when she took 25 sleeping pills, he moved her into a mansion and she led a sheltered but luxurious life throughout the war. It is generally accepted by historians that she had little or no influence on Hitler’s policies and didn’t even attend official functions with him until 1944.

The third suicide attempt she made was her last as it was successful and came at the end of the war on April 30th 1945 when, after marrying the Fuhrer the same day, they both killed themselves in his underground bunker to avoid capture by the allies. Leni Riefenstahl was born in 1902 in Berlin and was a famous Ballet dancer, actress, film director and producer. The early films she stared in were silent and she specialised in a genre known as ‘mountain films’ for which, she had to actually clime mountains In the early 1930s, she started directing her own films, again shot high in the mountains and quickly gained a reputation as an excellent film maker. Hitler appointed her as a producer for the Nazi Party although she always maintained after the war that she was never a member of the party, but nor did she oppose the Fuhrer.

Her works included ‘The Triumph of the Will’ and her most famous piece, a documentary on the 1936 Berlin Olympic Games entitled ‘Olympia’. Her career as a Nazi war correspondent ended abruptly after she protested about abuse to some Polish peasants, many would say she got off lightly as going against official policies was seen as a serious offense. Interestingly, even though all propaganda was under the control of Joseph Goebbels, Leni was an exception and answered directly to Hitler, commanded huge budgets and worked to her own time schedule

Although a highly decorated film maker before the war, after it she was outcast by the industry and never made a feature length film again, although she did have ‘Tiefland’ released in 1954, a film made during the war. She spent four years in an Allied prison but was cleared of war crime charges in a German court in 1952. At the age of 70, she took up scuba diving and spent 18 years making hundreds of underwater documentaries, then joined Greenpeace aged 90. She lived to the ripe old age of 101 and died in 2003. Ilse Hirsch was trained in the female section of ‘Hitler’s Youth’, known as the BDM. At 16 years old she became one of its principle organizers in the town of Monschau, and after training in Hulchrath Castle, took part in the assassination of the American sympathizer Franz Oppenhoff, appointed Burgermeister of Aachen, the first German city to fall to the Allies.

Hirsch and five men parachuted in to the outskirts of the city and made their way to their intended target. Hirsch, who knew the area well, had the task of guiding the team to Oppenhoff’s house, where he was shot on the steps of his residence. While making their escape, she set of land mine, injuring her knee severely and killing one of her co-assassins. After the war, all but one of the team were tracked down and arrested but Ilse escaped prison and was set free. 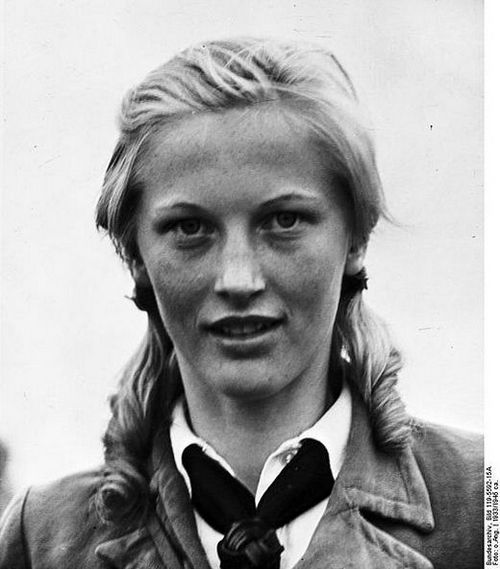 Johanna Maria Magdalena Goebbels was the First Lady of the Third Reich and the wife of the Propaganda Minister Joseph Goebbels. She met Goebbels when she became his secretary and married him in 1931, after divorcing her first husband a year earlier. Magda was such an admirer of Hitler that she named all her children with names beginning with H in his honor.

She was in the bunker with Hitler during his last days and took the lives of her own six children when the end of the war came. A doctor there had put them to sleep but couldn’t face the task of killing them so with the help of Hitler’s personal physician, Magda opened the mouths of her sleeping children and poisoned them with cyanide. After dispensing of them, she and her husband committed suicide in the garden of the Reich Chancellery.

Before committing the terrible deed of taking the lives of her own offspring, she confided in her sister-in-law that, “In the days to come Joseph will be regarded as one of the greatest criminals Germany has ever produced. The children will hear that daily, people would torment them, despise and humiliate them. We will take them with us, they are too good, too lovely for the world which lies ahead”. 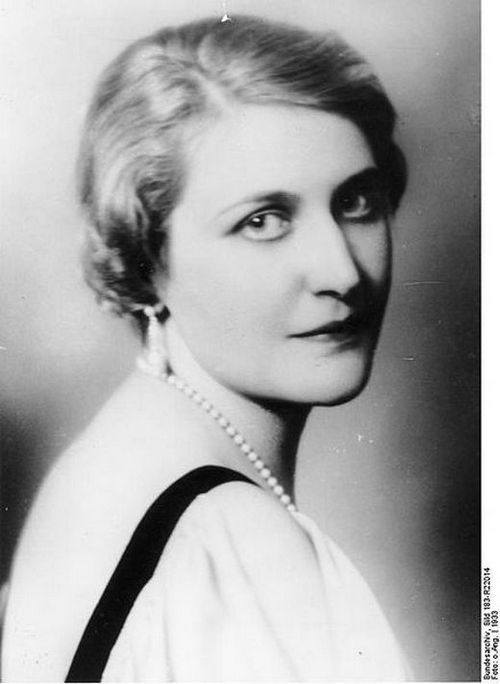