Death…not exactly a cheery topic is it? Well don’t get depressed yet, we’re only talking about fictional characters here. More specifically, we’re speaking about some of the most important comic book characters that happen to be deceased. Why are the following characters so significant you ask? As you’ll see, if it weren’t for these characters biting the dust some of our favorite heroes simply wouldn’t exist. In compiling this list we (mostly) tried to use characters that truly remained dead over the years. Keep in mind, death in comics is about as lethal as a mosquito bite. 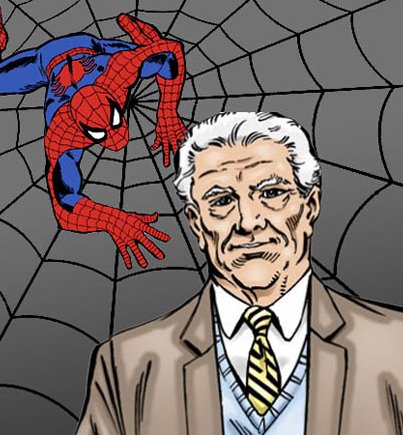 Let’s kick-start our list of bucket-kickers with Uncle Ben, the surrogate father of Peter Parker, a.k.a. Spiderman. Uncle Ben made his first appearance in Amazing Fantasy #15. Although Ben was killed in the same issue, his huge impact on Peter’s life remained. As fans we never really got to know this character outside of flashbacks. However if there’s one thing that thirty years of comics, cartoons and two movies taught us, it’s that Ben’s loss at the hands of a crook only went down because Spidey failed to pursue the dude. 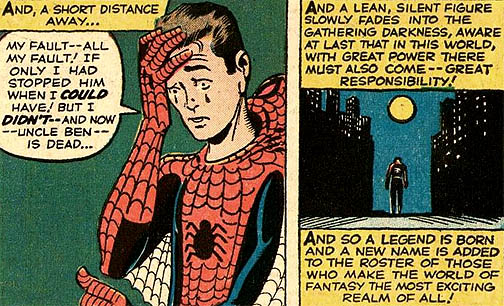 Nevertheless due to Ben Parker’s demise, we as fans get to benefit from Spidey’s ongoing adventures. Also, Sony apparently gets to make Spiderman movies for all eternity. Because with great power comes great responsibility to turn profit. 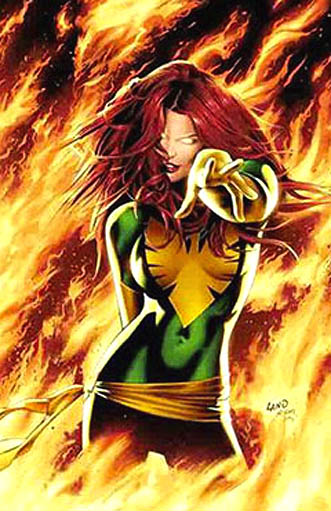 Well, it didn’t take us long to stumble on a character who returned from the dead quite a few times did it? How often was Jean resurrected you ask? This link archives her death count quite thoroughly at a whopping fourteen times…or sixteen if you also count her ‘bonus deaths’. Anyway, screw it we’re throwing Jean on this list because her death(s) in the X-Men books has had a massive impact on many key players in the X universe. Most notably, her demise tore apart Cyclops and Wolverine, Jean’s perpetually dueling love interests. 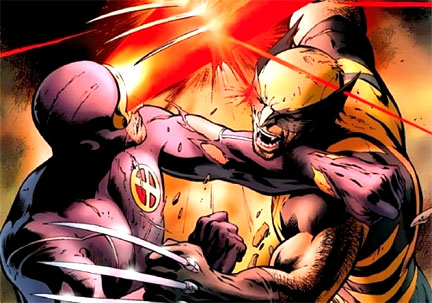 To be fair, on this occasion they were just fighting over the TV remote.

Aside from dying a lot, Jean is best known for two important things. First, she was one of the founding members of the original X-Men, and second, she played a central role in the classic “Dark Phoenix Saga”. Thanks to her death, or at least her excessive absence, we’ve actually gotten tons of great stories over the years. 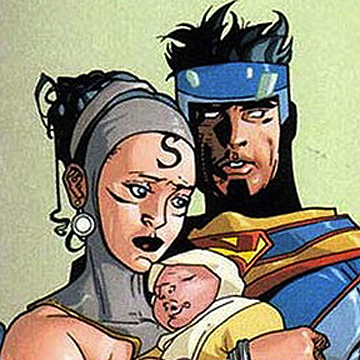 Jor-El and Lara are Superman’s biological parents from the planet Krypton. Jor-El was a leading scientist who foresaw the planet’s looming destruction. Unfortunately, Jor-El was unable to convince his stubborn as nails Kryptonian colleagues that Armageddon was basically around the corner. Well, turned out Jor-El had the last laugh as every last Kryptonian went down in apocalyptic flames.

As most everyone knows, Jor-El and Lara were able to save their infant son Kal-El, a.k.a. Superman, by firing him off into space in a homemade rocket toward Earth. We’re guessing they never had a chance to give that contraption a test spin. But hey, who are we to judge potentially negligent Kryptionian parents. Anyway, after Superman constructed his famous ‘Fortress of Solitude’, he honored his parents with an epic statue of their likeness and always held true to his father’s wise teachings.

As everyone knows The Punisher is essentially the Charles Bronson of the Marvel Universe. In his war on crime he habitually utilizes the time honored methods of brutal murder, threats of brutal murder, kidnapping, extortion, torture and really, really brutal murder. Needless to say, this psycho kicks all kinds of ass. 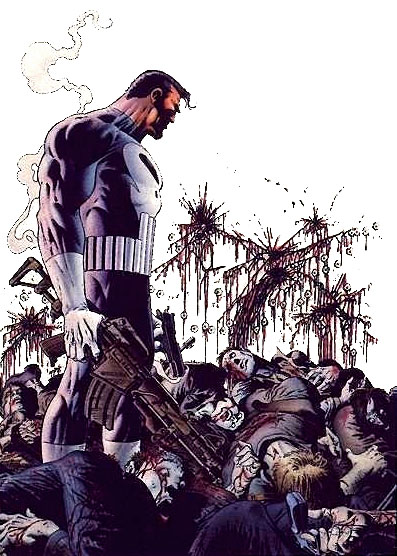 He then follows up the kicking of ass by murdering that ass.

The Punisher, a.k.a. Frank Castle’s wife and two kids were slaughtered by mob hoodlums because they were witness to a gangland execution. That’s basically how this homicidal anti-hero came to be. Needless to say, his family’s killers were the first of many to be wiped off the planet. What’s not to love about this lunatic? He’s a highly mobile, grizzled war vet who’s capable of tolerating extreme pain. Plus, he’s also a martial arts master that’s skilled in stealth tactics and guerrilla warfare. And obviously he’s pretty capable of using a ridiculous assortment of weaponry. 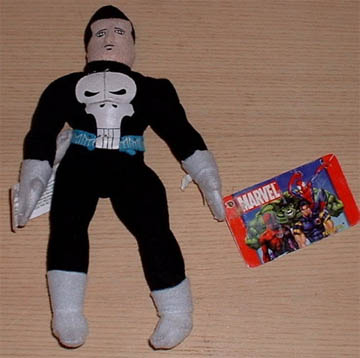 Also, he has a plush toy which isn’t really bad-ass, but more of a sad catastrophe. 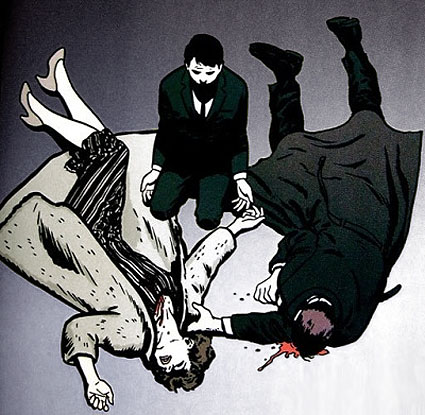 Alas, it’s time for the number one entry on our blood soaked list of fallen comic characters. As any geek worth their weight in perspiration knows, countless superheroes were born from the tragic deaths of their loved ones. However, the most iconic character to fall victim to such an origin is none other than Batman. Even though Batman’s history has undergone a zillion revisions and reboots, one fixed event has remained – the death of Thomas and Martha Wayne. As more than half the planet knows, Bruce Wayne as a child was traumatized after witnessing the cold-blooded murder of his parents by a mugger. That single horrid experience drove Bruce over the edge. He went on to fight crime in Gotham City while dressed as a frigging bat. It doesn’t get anymore wacky than that. 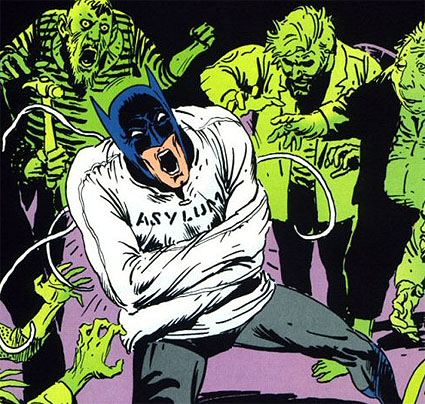 Yup, this Bruce on a good day.