Smoothies are the hip new thing, right up there with cupcakes, macaroons and meatsicles (one of those things we might have just made up.) They can be a great way to get nutrients on the go; however, they can also pack tons of hidden calories and stuff that’s less than good for you. Just something to think about when you’re pounding down one after another, or if you make a regular habit of them.

Here’s a quick guide to the different types that are out there, and, as a bonus, a little bit about the kinds of people you’re likely to see slurping them down. Because we’re all about grouping people and things together on a totally arbitrary basis. 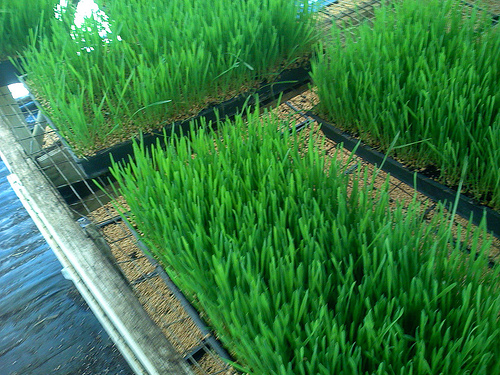 It’s wheat! It’s grass! They make it into juice! Yeah, I don’t get it either.

Sometimes, you can just go too far with your smoothies. If you’re starting to put things like ‘wheatgrass juice,’ ‘kale,’ or ‘ground flax seeds’ into your drinks, then you know what we’re talking about. Pretty soon, you’re not even going to be able to call it a smoothie anymore. It will have to be a ‘blended concoction of health supplements’ or an ’emulsified version of a complete, balanced diet.’

People who frequent health-food stores tend to love these things – although they tend to make them themselves, at home, with only the finest of organic ingredients. People who would go to the health-food store if they had time, but just don’t, are willing to buy them for a premium price. No one has proven that some of this stuff is necessarily bad for you, but are we sure that we can trust the hippies on this one? Most of them left their brain cells back in the 60’s. Too bad they kept the crazy hair and smiley-face stickers. 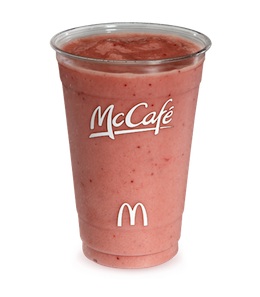 We applaud the efforts of fast-food restaurants to add smoothies to their menus, especially when they use fresh ingredients and mostly fruit. However, sometimes to get that ‘craveability’ that fast food restaurants aim for, they pump a lot of not so healthy stuff into their smoothies, resulting in an end product that is more faux-healthy than real healthy. Keep an eye out for empty calories, excess sugar, and fillers.

People who tend to like this kind of smoothie are people in a hurry who don’t have time to make their own smoothies. They’d probably be better off if they did make their own, just so that they know what goes into them, but there are some decent picks out there. Just check out the calorie information before you get to slurping, especially if they’re in addition to, instead of, a whole meal. You’d be amazed what can be packed into something that’s basically considered a beverage. 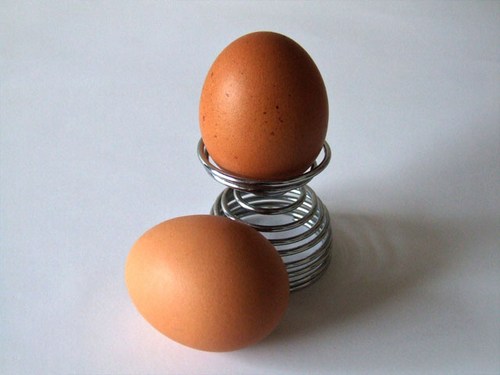 Much better when cooked. Trust us on this one.

Let’s hear it for the protein smoothie! The raw-eggs-in-the-blender is a classic choice, although nowadays with all the protein powders available, people will often go for them instead of straight-up eggs (especially because of salmonella worries.) The problem here is that protein powder is a highly processed food, and processed ingredients almost always aren’t as good for you as whole ones. Hey, if you’re going to bulk up, protein-packed smoothies can be a good way to go; just make sure that you really know what you’re doing before you start. You’d be amazed to find out how many calories some of these powders have. What do they put in them, anyway? Pulverized bone? Dehydrated lard? Do you even really want to know?

Expect athletes, especially body-builders, to chug these shakes. They don’t care so much about calories; in fact, they welcome building bulk. And they exercise enough that the calories will end up as muscle instead of fat. If you’re going to do this, though, just know that there can be consequences to consuming huge amounts of calories, because it takes a lot of work for your cells to process them. 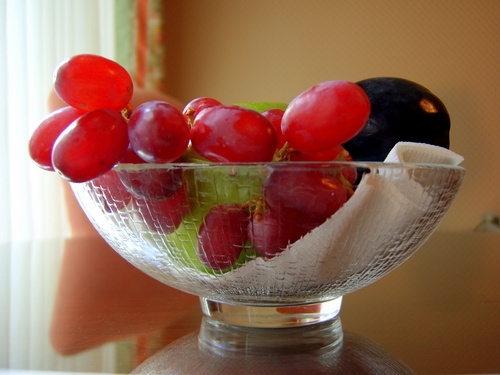 Delicious, nutritious, and you don’t even have to chew!

Fruits are a good bet to put in smoothies, and make up many a cool, summer-time treat. Smoothies are actually a great way to get vitamins, minerals, and other good-for-you stuff. In fact, it’s better to blend the fruit than juice it, because juicing takes out a lot of the good stuff, such as fiber. If you don’t mind the taste and texture, leaving the peels on and adding a bit of veggie goodness to your smoothies is even better.

This is one of the most common types of smoothies. Expect to see them being drunk by pretty much anyone who has a blender, especially when it’s warm outside. They’re a great substitute or addition to a meal, and if you make them at home, you can control everything that goes into them. Everyone has different fruity preferences, so if you’re going to make them, have fun experimenting! 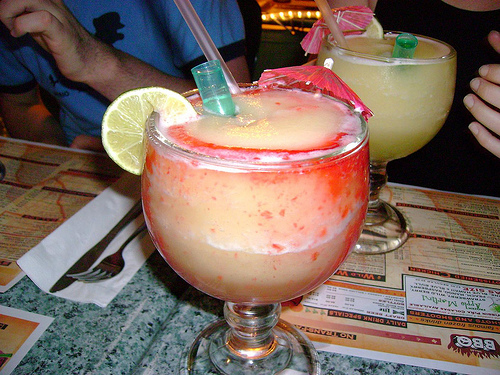 If margarita isn’t code for fun and joy in a glass, we don’t know what is.

Smoothies are all well and good, but occasionally people want to have ones with a little added zing. A little punch, if you know what we mean. A little pizzazz, if you will. Basically, they want to use this form of beverage to get pleasantly tipsy, if not downright drunk. And why not? There are so many options, and you can have the pleasure of knowing that there’s more in your drink than just sugar and booze. A few vitamins and minerals to make up for all the ones you’re losing by drinking, at the very least!

Blended alcoholic drinks, such as daiquiris, pina coladas, margaritas and such, tend to be drunk mostly by women during festive occasions. Ah, hell, it’s a festive occasion, let’s all get in on the action! If you’re caught with a girly-looking smoothie in your hand, just extol the virtue of all of the health benefits. And if that doesn’t work, tell your slanderers that you’re actually drinking raw eggs. That ought to shut them up! 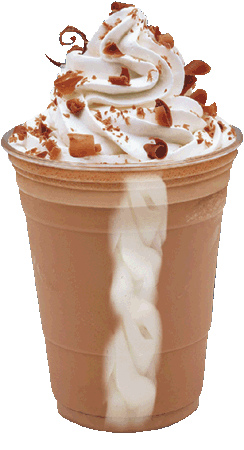 We’re not sure if a drink can still be called a smoothie after you’ve pumped a bunch of coffee, cream, and several hundred calories into it, but it’s close enough to call. And so delicious, why would anyone want to argue with you? To each their own. According to Vivarin comparison, even if ‘your own’ is a way to deliver body-shocking amounts of caffeine and sugar directly into your bloodstream. The thing is, they’re so delicious, that it’s really hard to say anything bad about them, and even harder to say no.

These are especially popular with people who like the idea of coffee but don’t actually want to drink it in its raw form. You can also think of them as the ‘gateway’ drug to heavy coffee drinking; many a young person has sworn that he or she will ‘never drink coffee’ only to be swallowed up by the caffeinated lure of these sugary drinks. And once you go coffee, it’s hard to go back; before you know it, you’ll be asking for it black while sitting in the corner of some sketchy diner. Don’t say we didn’t warn you!