You may already know what CBD is, but many consumers of this type of cannabinoid wonder where CBD is legal to consume it with peace of mind. The legality of the CBD depends on the country in which we are located. There is no unitary legislation of an international nature.

Besides, you can learn more about things made from hemp plants by clicking here.

CBD is one of the many chemical components called cannabinoids found in the cannabis plant. It is closely related to another Phyto cannabinoid: tetrahydrocannabinol or THC. Both CBD and THC have important therapeutic characteristics, but unlike THC, the other one is not psychoactive. It does not ‘high’ and therefore opens the way to its legality and average consumption.

There is a trend in many countries to start recognizing the oil as legal ingredient. There are already many scientific proofs about the health benefits it can provide. It can help people with depression and anxiety, chronic pain, and much more.

According to some scientists and researchers they provided, consuming the oil can be even more effective in the long term when compared to standard medication. We have special receptors that can absorb the ingredients found in cannabis and similar plants, and they can provide many advantages.

People with mental issues can benefit since it can make people feel relaxed, while there is no way to feel the well-known side-effects caused by marijuana. Also, there are already testing treatments for people with muscle problems, cancer, digestive issues, cardiovascular problems, and more.

Moreover, it became a popular supplement in cosmetic products, and it can provide better protection of the skin. There is also a connection with diabetes treatment, reduced inflammation, and more.

With all of these benefits, it is not a surprise that a lot of countries are working towards new regulations that will improve this market and allow people to freely consume these products in different forms. When it comes to the most recent laws that can be seen in most countries, the form of cannabis oil with a limited amount of THC is allowed even in some countries where all other types of cannabis are illegal.

1. Legality of Cannabis in the UK

In The UK, extracting some type of cannabinoid, including the cultivation of cannabis, is regulated by the authorization of the Agency for Medicines and Health Products (AEMPS). In The UK, the use and commercialization of CBD as oil is legal and allowed. On the other hand, its consumption as a dietary supplement is not yet regulated.

If the product is legally made and marketed in the market of an EU country, by recognition of both, the Spanish authorities do not oppose its commercialization either.

Besides the cultivation of hemp is legal within the United Kingdom, linked to the regulations implemented by the EU. Therefore, any cannabis oil with THC amounts greater than 0.2% is considered medical marijuana, but it is illegal.

The situation with the legality of CBD in the EU is quite complex because each member country has its laws and regulations.

You can legally buy it as long as the amount of THC is under 0.3%. Also, they issued a new law recently where it is stated that this product cannot be sold in pharmacy stores since it is not considered as medicine.

It can be confusing when it comes to the laws of this country. According to the regulations, any form of cannabis is illegal. Still, you can legally buy it without the risk of having legal issues as long as the amount of THC is under the determined level.

Bulgaria was the first EU country to allow the free sale of cannabinoids derived from hemp. Cannabis products are legal in Bulgaria as long as they contain less than 0.2% THC. In Denmark, these products can be legally purchased if they have less than 0.2% THC. Also, you can buy it in Denmark only with a prescription.

The situation in Italy is a bit complex. There is no official law stating that cannabinoid products are legal, but there is also no law prohibiting the manufacture, sale, and consumption of products. The similar regulations are active in Latvia, Ireland, and many other countries.

France is governed by general EU legislation for industrial hemp and legalizes the purchase of CBD products with a content of 0.2% THC or less.

According to Greek law, hemp products are not considered drugs, as they do not have large amounts of THC. Therefore, these products can be purchased legally.

You will need a prescription for medical consumption of cannabis, while oil is available on the market for anyone. The big difference is that they don’t allow gummies and other edibles.

Under Slovenian law, the cultivation, possession, processing, sale and distribution of cannabis with a THC content of less than 0.2% is permitted by current legislation.

Although CBD products in Finland are legal, they are considered drugs and therefore require a prescription. In addition, trafficking in CBD products from abroad is inaccessible and highly regulated.

Luxembourg is another of the European countries in which the medicinal use of cannabis has been legalized. As a result, cannabis consumers will be able to keep the cannabinoid in national territory without danger. The cultivation is also legal within Luxembourg, but only those containing less than 0.3% THC, so hemp and other derivatives are allowed.

This country is one rare in EU that doesn’t allow cannabis oil to be found on free market. You can consume it only with a prescription. However, they allow oil made of marijuana as well.

This state is quite progressive when compared to other countries in the EU. You can grow cannabis for your needs, and buy all kinds of products with cannabidiol. However, edibles are not legal here.

When talking about where CBD is legal, in Switzerland, we find some own laws around cannabis. THC is illegal within the country, but CBD is not regulated by Swiss narcotics law. Cannabis products containing less than 1% THC can be produced and sold. Today, the government accepts that producers produce strains with a high amount of CBD, as long as they do not exceed the THC values mentioned above.

It was one of the rare countries where any form of cannabis was illegal. However, things started to change in 2020, with new regulations that now allow people to import and produce cannabis, but only those strains with minimal amounts of THC. We expect further expansion in the popularity of these products in this country.

Once this ingredient is legal, the important thing is to know where to buy it safely and legally in the UK.

To achieve this, you just have to enter the JustBob.shop CBD online store. We have CBD oil in three presentations with different concentrations of CBD.

At JustBob, they explain to you what each of our oils is most recommended for, whether for insomnia, reducing anxiety, calming muscle aches, etc. Discover all the benefits that CBD can have on your health. So enter with JustBob.shop in the CBD experience, the most natural way to help you. 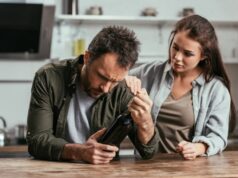 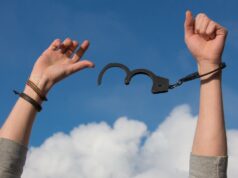 6 Important Tips to Help You Stay Calm During Panic Attacks

© WeirdWorm.com is a participant in the Amazon Services LLC Associates Program, an affiliate advertising program designed to provide a means for sites to earn advertising fees by advertising and linking to Amazon.com. Amazon, the Amazon logo, AmazonSupply, and the AmazonSupply logo are trademarks of Amazon.com, Inc. or its affiliates.
We use cookies to ensure that we give you the best experience on our website. If you continue to use this site we will assume that you are happy with it.Ok