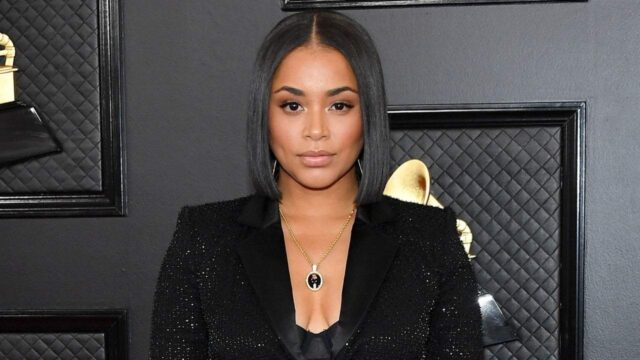 You may have seen Lauren London in many movies and TV shows, such as Entourage and 90210. Lauren also works as a model and has had many gigs in music videos and a TV personality. She’s also known as a former girlfriend of Lil Wayne and the deceased rapper Nipsey Hussle.

Are there any other things that you know about her life? Who are her parents, and do you want to find out?

Lauren was born in California, in Los Angeles County, but unfortunately, only a few things about her childhood and her parents were known to the public. She was always very private, and she never wanted to talk about her family publicly.

Who are her parents?

It’s impossible to find much information about Lauren London’s parents because she was reticent about her family throughout her career. Not even her parents’ names are known, but we do know that her father is of Jewish descent, and her mother is of African-American descent.

Her parents divorced when she was very young at three, and her mother raised Lauren. She spent her summers with her father, but she was mainly at summer camps attended mainly by white children.

Unfortunately, London’s childhood wasn’t easy, because kids from her mother’s family mocked her because of her lighter skin tone, and kids from the summer camp called her “that black” kid.

Because of that and many other things, Lauren was pretty rebellious at her teen years, and she skipped school a lot. And at one moment, in tenth grade, she decided to quit school for good. Fortunately, she finished high school, but she was homeschooled.
When she was 17, she was homeschool, and that’s when she had an idea to become an actress. She had plenty of time to study, but also to practice and go on auditions.
She fell in love with movies because she was a lot of time alone by herself as an only child. She even confessed that when she was young, she enjoyed writing plays and playing all the parts.

Lauren London is known for her relationships with rappers, and the most known are the ones she had with the rapper Lil Wayne. The two of them have a son together, Kameron Carter, born in 2009 after their relationship ended. Lauren and Lil Wayne were engaged, but never got married. Lauren once said that she met Wayne when she was only 15 and knew each other well, but they were never meant to be together.

The other long-term relationship that Lauren had was with the rapper Nipsey Hussle. The two of them were together for almost six years, and they have a son together, Kross Asghedom. Tragically, Nipsey lost his life to a shooting, and Lauren was left alone with her little son. But she said that her son is her strength and needs to be strong for him, now more than ever.

Do you know any interesting facts about Lauren London and her private life?