Fans of adult films know who Jenna Jameson is and why she became so popular. But, before we delve deeper into her rich career, let’s take a look at her time of birth. Jenna Jameson was born in 1974 in Las Vegas, Nevada. Due to her mother’s illness, Jenna had a very rough childhood. During her teenage years, she started to become interested in ballet, thus she started taking lessons. A huge impact on her childhood made several sexual assaults, which only made her childhood worse. All of this caused her to leave her home and start living with her boyfriend at the age of 16.

Her first appearance in the mainstream movies is in a movie called ‘Private Parts’, which kickstarted her mainstream career and quickly brought her a net worth of $5 million. After numerous appearances, infamous video games such as GTA: Vice City and Tony Hawk’s Pro Skater 4, Jenna also appeared in Eminem’s ‘Without Me’ music video. At this time, Jenna was already a well-established celebrity that proved to be an extraordinary entrepreneur by starting her adult-themed business with her Club Jenna, Inc. Corporation. In the beginning, the site was all about videos, pictures, diaries, and relationship advice. But, after some time, this website evolved into a full-fledged multimedia porn entertainment corporation.

The first film made by her company is called ’Briana Loves Jenna’ and in 2002, this was the best-selling title. The word of success quickly spreads and Playboy Enterprises offered to purchase the corporation. Jenna accepted and quickly, this new-formed corporation had a revenue of more than $30 million. Her adult industry career would quickly come to an end since Jenna announced her retirement in 2008, although she continued to work as a webcam model.

Jenna Jameson is currently married to Lior Bitton and they welcomed their daughter a few years ago. Even though Jenna’s youth was rough and filled with alcohol and drugs, things seem to have taken a turn for better. Her successful lifestyle couldn’t take her away from luxuries, hence she still enjoys her hard-earned money. For the start, she owns a Hollywood Hill mansion in California worth $2.7 million. Another object she owns is Huntington Beach house worth $3.5 million, accompanied by her astounding car collection that includes Porsche Cayenne, Rolls Royce Phantom, Lamborghini Murcielago, and Dodge Viper.

Being a huge animal lover, Jenna Jameson worked with PETA as a spokesperson, for supporting animal rights. Back in 2007, she was also a part of the biggest charity event for fighting HIV in Europe.

Back in 2009, Jenna married a UFC Champion Tito Ortiz and gave birth to twins, Jesse and Journey. In 2010 Ortiz was accused of domestic violence since and quickly got arrested. Ortiz came up with a claim that Jenna was addicted to OxyContin, which made her lose control of herself. Recently, Ortiz and Jenna dropped accusations, although the police are still investigating the incident. Jenna lives in Hawaii today and is out of contact with Ortiz. 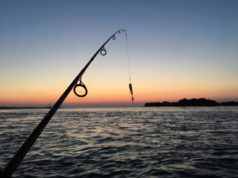 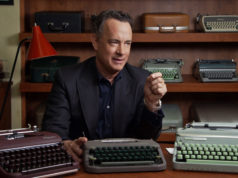 8 Strange Things Celebrities Are Obsessed With

6 Most Common Causes of Motorcycle Accidents

6 Most Common Causes of Motorcycle Accidents