Do you know who NF is? He’s now a really successful rapper, and his album was on the No.1 spot on the Billboard chart last December.

People love him and his songs, but there’s one thing that everyone noticed. He sounds just like the world-famous rapper Eminem.

The new rapper is known as NF, but his real name is Nathan John Feuerstein. Many people think that he is a clone of Eminem, or the two of them are somehow related. 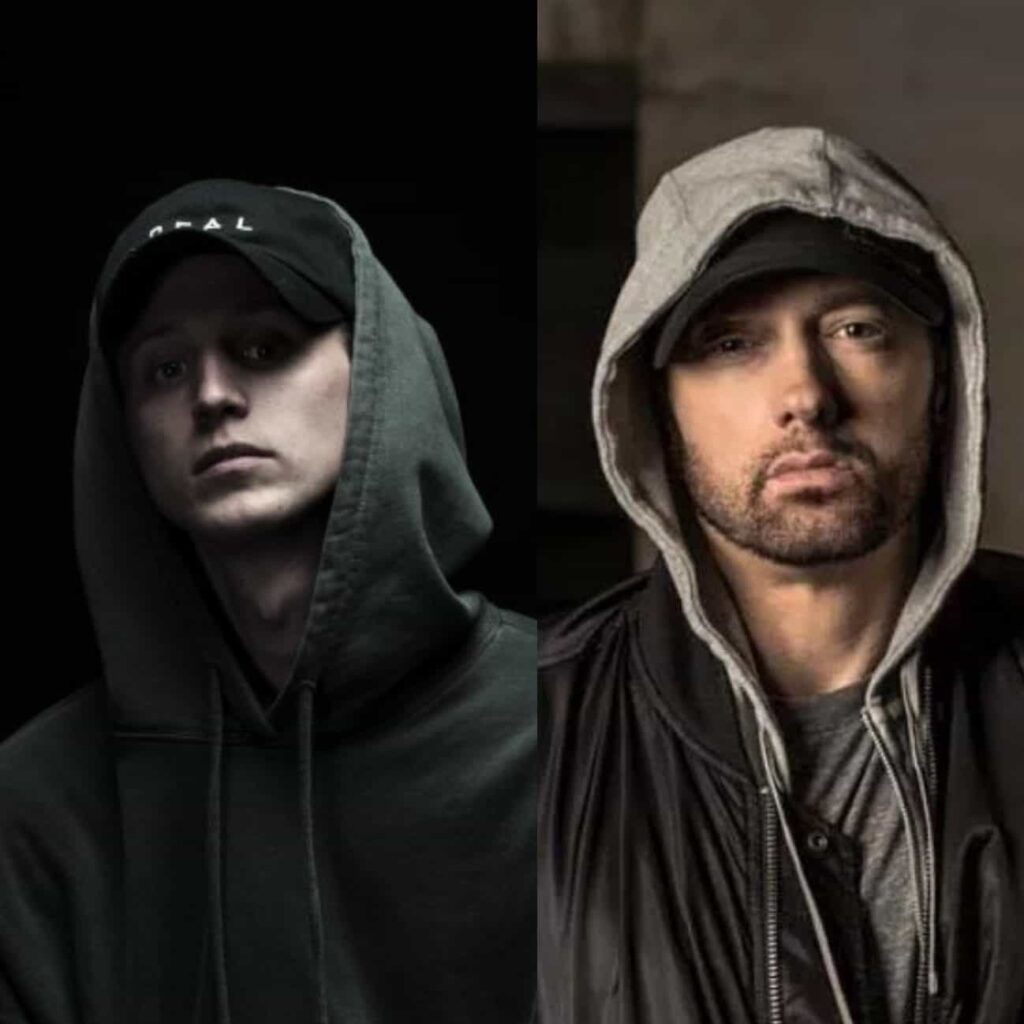 The new star NF is not related to the Oscar-winning rapper Eminem, and they are not cousins or brothers.

Many people compare NF to Eminem, which fans first noticed when he hit the scene in the 2010s. NF once told that he respects Eminem and that at one point in his life, he only listened to his songs for six years.

NF released his first album back in 2010, and the name of the indie debut album was Moments; after four years, he signed with Capitol Christian Music Group.

When he was a boy, he was growing up in Michigan, and there was no doubt that he will start listening to the music Eminem was making. He didn’t have an easy childhood; his mother died, was a victim of physical abuse, and found his music salvation.

His music sound like Eminem’s, his voice sounds like his, and he even looks a bit like Eminem. He has the same flow, the same style when rapping and rhyming, and he doesn’t even deny it. He often said that he respects Eminem, that he is his inspiration, and that he can’t respect someone who doesn’t love Eminem.

And what about Eminem?

Okay, we know that NF loves Eminem, but what Marshal thinks about NF. The white king of rap is not very happy about people comparing him to the young NF, and he even mentioned that in one of his songs.

Eminem called NF a clone of his, which is not the first time he is starting a fight with other artists. But whatever will be of that story between the two of them, we believe that NF will still love and respect his idol.

And to mention it once again, no, the two rappers are not related, and they even don’t know each other personally. And funny, Eminem has a half-brother called Nathan, but it’s not this Nathan, and that’s something that confuses people a lot. But Nathan Mathers, the brother of Eminem, has tried to rap, with the moniker Nate Kane, and his debut song was Shadow of a Celebrity. Unfortunately, he is not that talented as his half-brother Marshal.
Are you a fan of Eminem, and do you like this new kid on the block that looks and sounds like him? What are your thoughts? Or you like neither of them. And what about Nate Kane, heard his song? Do you like it?