The Bible is the holy book for every Christian. This massive piece of knowledge and information has been around for centuries, guiding millions of people towards a better life and understanding of the abstract notions. Today, an estimated 2.3 billion people globally are Christian. This is over 31% of the total population of the world. Importantly, Christianity has been the primary religion of countries in the west. Those are some of the most developed nations that shape the global economy and the future of the world as a whole. Therefore, the influence of Christianity and its philosophy over the western countries are directly translated into the shift in other parts of the world.

Christianity is said to be the most important component and a factor in shaping the modern liberal structure of western nations. The entire model is based on the Christian principles of forgiveness and mutual understanding. Therefore, Christianity should logically be widely praised in those nations. However, in reality, the widespread modern belief is that Christianity is rather overly restrictive for modern reality. But is this true? What does the Bible say and where do the misconceptions come from? Does living with the rules of the Bible mean no fun at all? 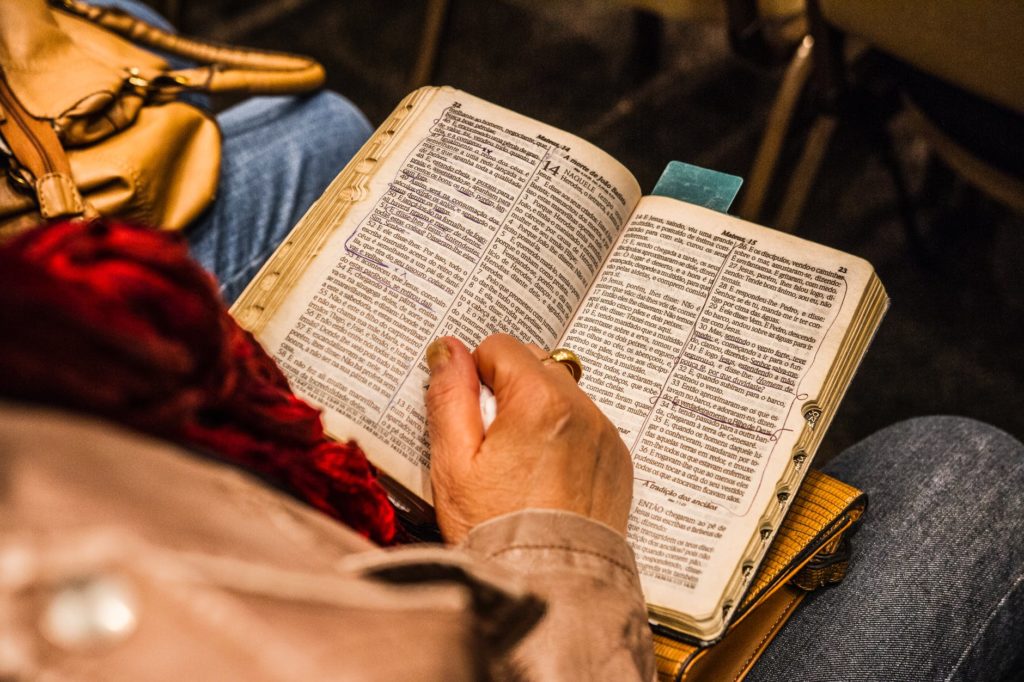 But why are these questions even relevant and important in today’s world? To understand the context behind, we should first and foremost look back and observe what has changed over the past century, perhaps. Fun is a broad concept. It is determined individually by us. Some people have fun being engaged in competitive sports while others prefer playing blackjack online on, for instance, Playamo for money.

Yet, only the latter is considered to be a sin, or rather a deviation from the traditional Christian values. Why is gambling considered to be such a major divergence from the Biblical principles? This industry is growing faster than ever before with the means of online communication. A soaring number of people all around the world can access online gambling platforms in seconds. Does this make billions of people globally sinners?

The perception of different religions has been a reason for major conflicts for centuries. People were never able to wrap their heads around a single concept but would rather always start unnecessary discussions over minor details. Such occasions lead to the partition of the Christian denomination into different churches that we see today, Initially, the three main branches, the Orthodox, Catholic, and Protestant churches were later joined by others. As a result, as of now, we have hundreds of Christian denominations perceiving the Holy Bible and other sacred scripts in different ways.

Therefore, some Christian churches perceive the Bible as more of an advisory book than a set of mandatory rules. For instance, the Church of England is extremely liberal in comparison to many others. The same with the Church of Norway and many other small or bigger Christian denominations in western and northern Europe. The Lutheran Church of Norway even recognizes and allows same-sex marriages.

This would be simply unimaginable in Eastern Europe and some of the Eastern Orthodox churches that tend to be much more dogmatic and strict. Importantly, Christian Churches in the east continue having an enormous impact on national governments and politics. They often interfere with the electoral process and support their chosen parties.

That is one of the biggest reasons why Eastern Europe is much more conservative than the western part of the continent. Christian churches that push for radical ideas are supported by the government and big chunks of the general public. As a result, they manage to spread often misleading ideas about what the Bible says and use it to take further control over the government and different political processes.

But what is the answer to the big question? Does the Bible forbid fun? Is it too restrictive? The answer is similarly complex. As mentioned a number of times above in the article, there are many Christian Churches with their own perceptions. Therefore, the holy book is transcribed differently by different denominations. Moreover, even the holy letter itself varies from one Christian church to another. There is no universal agreement about matters of ‘fun’ that is widely considered taboo within many Christian communities around the world.

A sin, but not a cardinal one

Generally, most churches tend to agree in regard to some major issues. For instance, gambling and substance abuse are not tolerated by almost any denomination. On the other hand, the views are different in regard to alcohol consumption, sexual relations, and homosexuality. Some denominations still believe that any sexual relations prior to marriage are against the Bible. Even today, millions of people all around the world follow the set rules and save themselves for marriage. On the other hand, more progressive denominations do not even comment on this issue. Many churches believe that sexual relations are exclusive and private and they should not be intervened by any authority.

There are countless activities that could be considered ‘fun’ by many. On the other hand, there are countless different perceptions of the Holy book that either approve or disapprove such actions. Therefore, there is realistically no way of telling whether the Bible is against certain activities and often feelings or not. Yet, before blindly believing in what the priest says, one should always do some proper research and see what the views of other denominations are over the matter. We might sometimes be amazed by new interpretations of the Bible and how some people are able to see it as something more than just the dogmatic set of rules.

There are many verses from the holy book and beyond that encourage having fun in a general sense and spending time as one wishes. There are many mentions of how life is short and how we should use it well. Ecclesiastes 5:18-20 says: This is what I have observed to be good: that it is appropriate for a person to eat, to drink and to find satisfaction in their toilsome labor under the sun during the few days of life God has given them—for this is their lot. Moreover, when God gives someone wealth and possessions, and the ability to enjoy them, to accept their lot and be happy in their toil—this is a gift of God. They seldom reflect on the days of their life, because God keeps them occupied with gladness of heart.

In general, the entire Bible is written in quite a broad sense. There are very few extremely specific examples of unwelcome behaviors. For instance, over the centuries, there was no debate over homosexuality within the Christian community. Yet, as the community started to appear on the surface of the social sphere, different Christian churches started to blaming the entire sodomist concept on homosexuals.

All in all, it is safe to say that fun comes in different shapes and there are many ways of enjoying certain activities. The exact same principle applies to Christianity as the Holy book is interpreted by hundreds of drastically different denominations and perceived by billions of individuals. It is also safe to say that the Bible is not against having fun but in fact, sometimes even encourages it. Now it is only down to us to decide what we want to believe in.

3 Top Religions and Their Stance on Games of Chance