Every time someone mentions bodybuilding, the first thought that comes to everyone’s mind is using substances such as creatine and peptides. However, this happens for a good reason.

Bodybuilders use various enhancers to enhance muscle growth, but also to help the body to recover quickly from intense workouts. Peptides are inevitable when it comes to serious bodybuilding, but very few people actually know about the function of peptides.

1A brief explanation of peptides

Peptides are actually a tiny version of a protein or chains that contain less than fifty amino acids. Usually, their function is to build protein. The body has natural peptides and they act in a very similar way as hormones sending out various information through the blood between tissues, while there are some peptides that function as neurotransmitters.

However, as we get older, the peptide production drops considerably when compared to the younger age. The result of the lower peptide levels in the body is worsened performance compared to the optimal levels.

The peptides can be consumed in the form of supplements and this is particularly beneficial and efficient for bodybuilders. The reason peptides are so important for bodybuilders is because they enhance releasing hormones for growth.

They also have anabolic effects on muscle mass, meaning that they help build and increase muscle size.

The benefits don’t end here, because with the regular use of peptides the users also enjoy the anti-inflammatory effects, which helps the body to recover faster. Also, men love it because they can enhance the production of testosterone and to trigger oxygen transportation that muscles need.

2Grow your muscles with peptides

If you started working out and you want to boost your human growth hormone production than peptides can be a great way to do it. HGH (natural growth hormone) accelerates muscle growth, but it also helps the individual to increase strength and recover faster after a demanding workout.

The combination of high levels of HGH and this testosterone output enables the growth of lean muscle mass by increased development of newly gained muscle cells which together increases the strength of the individual in general.

Additionally, muscles get more defined, especially when the user gets heavy resistant training sessions along with peptide supplementation. If you wish to enhance your muscle-building routine.

3Enhance the healing and recovery from workouts

Bodybuilders know how important it is to recover quickly after the intense workouts. Every process of building muscles, especially when it’s done intensively causes tiny muscle tears. These tears must be healed rapidly so that the exercises stay safe.

Peptides are an enormous help in this area because they can recover the muscles and soft tissues throughout the healing process which enables the bodybuilders to go back to the gym sooner than usual. This happens because peptides increase the blood flow that muscles need to recover.

It enables the muscles to heal. There have been various researches that show that the bodybuilders who suffer from torn knee ligaments and Achilles’ tendons may benefit greatly from using peptides regularly.

The strength training causes a significant inflammation within the muscles that occurs because of the damaged muscle fibers. Inflammation causes pain which greatly impacts the workouts and this is where peptides come into play as well. Peptides have natural anti-inflammatory effects which may make the recovery process much faster. This website is one that carries peptides.

4Burn the fat with peptides

As previously mentioned, the HGH production gets enhanced with the use of peptides which are crucial for the proper functioning of metabolism. This means that the greater the level of peptides you have in your body, the easier it will be for your body to burn fat. Of course, the goal of bodybuilders is to get rid of the fat and build muscles quickly, so peptides can be great to allies for this as well.

Another important thing for bodybuilders is endurance. It is very important to be able to do the demanding workouts and be able to go back to the gym in the shortest period possible. Peptides get released naturally from the body of a bodybuilder which enhances the capacity of muscles to produce energy. However, by supplementing your diet with peptides, these effects get significantly increased.

It is important to clarify that peptides don’t become HGH in the body, but only trigger its production. This means that peptides are not steroids and this is the reason why bodybuilders like them. It is a safe way of getting the body of your dreams without using substances that can harm your health.

5The use of peptides

The dose you should use, depends on various factors as well as the type of peptide supplementation you use and the brand. Make sure you read the instructions on the package carefully and stick to the serving size recommended by experts.

Usually, the recommended dose is 6-8 IU (international units) split into two servings which should be at least 6 hours apart. The bodybuilders usually take the first dose after the training and the second one before going to sleep.

It is important not to exceed the recommended dose because you do not want to put your body in a jeopardy and overburden it more than it can handle. Even though nothing special would happen even if you exceed the dose, it is still necessary to be cautious and use it in moderation.

If you accidentally took more than you should, you can expect some water retention which would pass pretty quickly. After using peptide properly for a while, you can notice a better definition of muscles and significant growth when compared to the period before you started using it.

If you’re not sure about the dosage,it is always wise to consult with a professional who will tell you exactly what dosage you should use and the time you should be consuming it. All in all, starting slow may be the best recipe to monitor the way your body reacts. 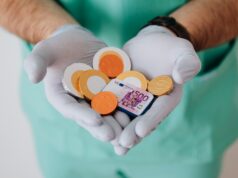 Health Insurance Provides Financial Security in the Midst of an Illness: Here’s 4 Ways How – 2020 Guide 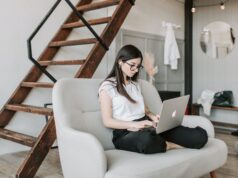 Bored in a Lockdown? Learn How to Play these 5 Instruments 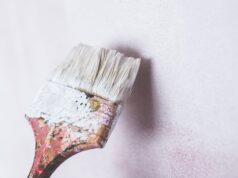 3 Timeless Accessories that Are Perfect for an Everyday Get-Up

Signs a Personal Loan Might Be Right for You