Home Education How IQ Testing Has Changed Over the Years

IQ testing probably is not the most crucial part of our lives. Still, we give these services a credit, especially when we want to boost our confidence by finding out how intelligent we are.

Intelligence is something we are born with and is visible from childhood. However, many factors throughout life can affect how our intellect develops and whether we retain the same talents and abilities even as adults.

This is exactly why many take IQ tests, which are actually just an orientation indicator of how we reason certain tasks and challenges. Although they give us great insight into where we are in our intellectual development, in fact, the results can only be illustrative.

What has changed in recent years is the desire to perfect IQ testing, but also available to test yourself online at iq-online-test.com.

IQ tests are widely used throughout schools, colleges, and workplaces across the globe. They are also used to assess students’ abilities and determine their suitability for certain careers.

Over the years, test scores have changed dramatically.

An individual’s intelligence quotient (IQ) is commonly used to measure a person’s cognitive ability. There has been a steady increase in the number of students taking these tests each year. The purpose of IQ testing is to determine whether or not a student possesses the necessary skills required to succeed academically.

In recent years, there’s been a shift away from measuring general cognitive abilities like vocabulary and math to focusing on specific areas. There are now more specialized assessments that focus on things like verbal intelligence, reasoning skills, visual processing, and memory.

Is IQ testing a relevant measuring approach for intellectual capabilities?

IQ testing has always been a controversial topic. Many claims that those who believe they have high intelligence tend to perform better on standardized tests than those who don’t believe their IQ scores accurately define them.

From the very beginning, intelligence testing has been about measuring how well people think. But over the course of history, different tests have emphasized different aspects of intelligence.

There is much proof that in the last 10 years, people today are more intelligent compared to those who were the same age previously. Researchers believe that the rise in IQ scores is due to better nutrition, education, healthcare, and access to information.

So, IQ testing can be relevant, but at the same time, it can’t really give a complete image of the intellectual capabilities of the person.

Can we decide on fates with IQ tests?

Many times a serious mistake is made in that intelligence is equated with the capacity for learning, insight, and reasoning. Sure, IQ tests may give a clear picture of who is where in intellectual development, but that doesn’t mean that intelligent people don’t need help learning.

Also, a high IQ imposes a sense of responsibility. Anyone who is aware of his intelligence feels a moral responsibility to justify it to others. However, nowadays we know that it really doesn’t matter if our IQ is 110 or 140, as long as we can learn the things that are required of us.

In fact, we witness how people with below-average IQ become rich and successful, while geniuses are forgotten by everyone.

Therefore, it is inadmissible that one IQ is a decisive factor in how one’s life will develop in the future. Instead, the highly intelligent should be equally motivated, as well as those who need more help to learn something new.

What do we get with IQ tests?

Intelligence tests are only a certain indicator of how we reason about specific problems. A standardized test cannot assess our complete intellectual capacities. It is therefore good to explain whether a particular test is important for determining cognitive abilities, logical solutions, or for an overall picture of individual capacities.

For example, tests are conducted in schools to assess whether a child is ready to be included in the educational process. During your adult life, you may sometimes undergo tests to have a third party determine whether you can do a certain job.

These tests are also used in the treatment of psychological conditions and in determining the state of mental health.

In fact, the whole topic is very complex and deserves a lot of attention. However, in this article, we will conclude that in the last decade there have been many changes when it comes to IQ testing.

Intelligence should be nurtured

It is not enough to have basic intellectual capacity. Maybe you were a genius when you were 14, but if you don’t improve in the future, you’ll stay at that level. Many times, as we grow up, we realize what we are more talented at or what things we learn more easily than others.

As you can see, this means that an IQ of 140 does not mean the same intellectual capacity for everyone. In fact, those measures are very general and do not give a clear picture of whether someone has a greater affinity for math, art, learning languages, or recognizing music by notes.

For example, a singer may have the same IQ as a mathematician, but they use it in different ways.

In this way, intelligence is nurtured, and the tests become more focused on the interests of the people themselves.

When we talk about intelligence, many times we feel like we are glorifying someone and demeaning another. However, this text only proves that even if we measure IQ with a standardized test, the results are not taken for granted.

This area is still developing and we can expect bigger changes in the future. But what is certain is that it is a completely justified way of the basic assessment of an individual’s intellectual capacity.

Whether the testing is at school or in the workplace, it is only the starting point of a long journey. During that journey, people upgrade and become focused on their interests.

Of course, the IQ test will not show us what those interests are, but it will give us a clear picture of why we should support someone in that process. And probably, that won’t change in the next decade either. 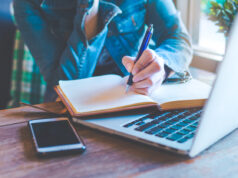 How to Write an Essay in a Day 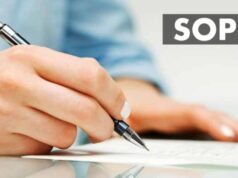 6 Steps How to Stop Procrastinating ─ A Quick Guide for Students