One of the big problems of modern society is that power is held by politicians who are not capable of using it in a reasonable way. It’s a worldwide problem, but Florida is lucky to have Rick Scott. Unlike bad leaders, he is full of empathy. His success is proof that he can see the world from another’s perspective, which makes him able to empathize with others.

Therefore, he is not just another politician who is ready to do anything to win high positions. Scott became a senator because of his specific personality, which does not fit into stereotypes. Many say he has an authoritative style when it comes to leadership. If you’re interested in his career path, keep reading.

The Life and Work of Rick Scott

What does Rick have to say about his life? The whole story begins with a difficult family situation. He grew up in a dysfunctional family and had a very aggressive father. His mother could no longer tolerate such behavior and divorced him when Rick was young. At that time, divorce was a sensitive topic. His mom suffered the consequences because of this and they found themselves in a difficult financial situation. Next, Rick got a stepfather who was a bus driver. Unlike his biological father, he was full of love and understanding.

The family soon became bigger, and its members became happier even though they had less money. That’s why Rick started working when he was just seven years old and hasn’t stopped since. He cleaned houses for money, and after 11 years he enlisted in the navy. He also worked there as a hygienist. Just a year later, he found the love of his life and they are still happily married. Her name is Ann, and now they have many grandchildren. Besides his family, Rick’s greatest love is his work.

He spent most of his life working, and he was able to do so thanks to the values instilled in him as a boy. Thanks to them and their hard work, all expectations have come true. The result of such a regime is built companies, high-paying jobs, businesses, a large family and the position of a senator. It was not easy, but he used his opportunity to fight and overcome obstacles. It is the right of every American.

Rick Scott as a leader

Leadership skills are used in different circumstances. When it comes to a political position like Rick’s, you can’t survive without them. Perhaps the most important is fearlessness. Considering his life and work, you could conclude that he does not lack this quality. Rick was brave enough to start a serious business at a very young age and then keep it going. He didn’t stop there, he helped his mother, and his great endeavors were to follow. Regardless of the circumstances, he had to make tough decisions and stay inspired while leading people. Therefore, such fearlessness is not arrogance.

Then another undesirable trait such as recklessness could be attributed to the person. What enabled our senator to rise to the top? It’s very simple, it’s effective communication. Even as a young man, he knew how to communicate with colleagues, team, employees and co-workers. Why is communication so important? Scott claims that you can have the perfect idea in your head, but if you don’t know how to communicate it to others, it becomes useless. That’s the truth – historians say. You need to know the direction you want to take the project in order to make it successful. What great personalities like the senator have never lacked is certainly self-confidence.

Anyone can make mistakes, even his consultant according to Scott Cooper Miami, but the chances are minimized if you’re dedicated to your work like Rick. He acquired his work habits while still studying, and he applied his rich knowledge as soon as he had the opportunity to work in a law firm. After that, he worked much more dedicatedly and that’s why he was successful in every task. Let’s just remember his great campaign. Finally, to become such a good leader you need to have a positive attitude. You need to love your job and everything about it. That’s why Scott is always moving forward with complete certainty of success.

What do historians say about Rick Scott?

Rick is an experienced politician with a long career. In public appearances, he speaks in a modern, clear, energetic, precise, and argumentative manner. With his performance, he tells the voters that he is one of them, but also shows great self-confidence. That’s what fascinates others when it comes to Rick. Of course, this would not be possible without extensive education and political experience.

He never avoided big and concrete problems but fought against them. Not only does he not shy away from difficult topics, but he also initiates them himself, thereby sending a clear message.

What did Rick Scott do for Florida?

This Republican ran against Alex Sink more than 10 years ago. That was the first step towards the brilliant career that he has today. We remember this campaign in which a lot of resources were invested, but it all paid off. Scott did not skimp on money even after this campaign, but he always invested wisely.

Because of this, he is known as a successful businessman, and he also won Trump’s sympathy. His goal was to clean up the mess caused by Hurricane Irma in a short period of time. Unemployment, debt, and crime skyrocketed, but thanks to Rick’s dedicated work, everything improved. He is responsible for major changes in politics.

So, the main characteristic of this personality is definitely empathy. He simply loves people and wants to provide them with the best living conditions. It’s not just Rick who says that. His past success and numbers speak for themselves. The way he manages business, team, and position is constant. Because of this, people and colleagues really trust him, as Scott trusts them. 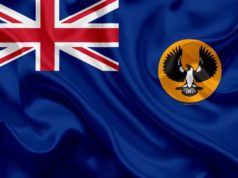 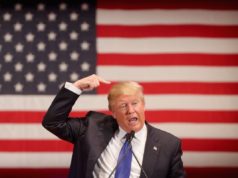 10 of the Most Offensive Things Donald Trump Has Ever Said