As long as there has been man, there has been fighting, probably because we’re all too dumb to just agree to disagree. Hence wars. Fortunately, not all wars are painful, dragged-out affairs. Some are decisive butt-kickings that take about as long as eating a sandwich. Like for example: 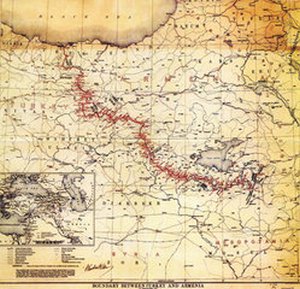 This war is so boring, this is all Google Images has on the subject.

Fought in 1918, the Georgian-Armenian War came about the way all other stupid wars come about; a land dispute.

The Armenians and Georgians (as in the Slavic country, not the hicks immortalized in “Deliverance”) had actually been getting along pretty well. They were fighting the Ottomans, and to prevent the Ottomans from getting a leg up, some Georgian soldiers showed up at the Lori Province. After the Ottomans withdrew, the Georgians stuck around, probably because they were tired and didn’t feel like moving.

Then they made kind of a jerk move and told the Armenians that, really, they’d be better off as Georgian citizens. And suddenly we were off and running, because apparently World War I just wasn’t enough war for these guys.

It lasted, however, a grand total of twenty four days. As it turns out, neither side had much gas left, what with fighting a world war and all, and they wound up agreeing to mutually administer the Lori district. Which neither of them liked, but Georgia should have thought of that before trying to poach land from a supposed ally. 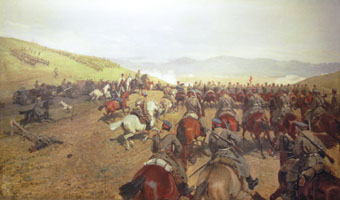 The Serbo-Bulgarian War started because Bulgaria wanted to acquire some land peacefully. That’s really how these things always go. Bulgaria unified with Eastern Rumelia, which wasn’t hard to do since it was mostly ethnic Bulgarians and was kind of made up in the first place. This annoyed pretty much everybody, but especially Serbia, which was kind of nervous about its neighbor getting bigger, and also for harboring people Serbia didn’t particularly like, such as Nikola Pasic.

Then the Austro-Hungarian Empire got involved. They told Serbia “Hey, you can, like, totally take Bulgaria’s land”. Serbia tried it the subtle way, by sneaking into Bulgaria, and then got thrown out. Then the war got started in earnest

And then promptly ended because it was only two weeks long. Serbia pretty much got completely embarrassed on this one; it went in with all the advantages, including its opponents being all the way on the other side of the country fighting Turks. Even better for Serbia, the Russians thought Bulgaria was being all uppity trying to reunify with a country that was fake and full of Bulgarians in the first place, and yanked all their military officers, meaning the Bulgarian army command was entirely the military equivalent of Denny’s shift supervisors.

And they beat the Serbs like red-headed stepchildren. It helped that they had better artillery. Even after the Austro-Hungarians stepped in, Serbia tried to take Vidin and kept failing. Finally a treaty was signed and everybody had to admit that the Bulgarians were allowed to be Bulgarians. Personally, we would have just let them have it, but it’s not like the Austro-Hungarian Empire was notable for its good choices. 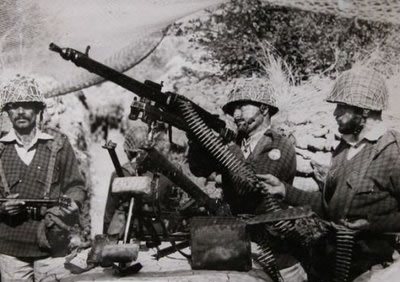 What? The war’s over? But we just reloaded!

It tells you a bit about how peaceful and pleasant the relationship between India and Pakistan is that we have to specifify the year this thirteen-day-long war actually happened, because you otherwise might get it confused with the wars that happened in 1965 or 1947. Yes, they got along like cats and flamethrowers and still get along pretty badly, which would be funny if both sides didn’t have nukes.

This time around, it was India’s “fault”, although India’s the good guy in this particular case. The problem was Bangladesh. Basically, some East Pakistanis, who were the majority but not actually running things, wanted to actually run things. The West Pakistanis, seeing this reasonable request, responded by…er…committing atrocities. This is not Pakistan’s finest historical moment, trust us.

India pointed this out to the international community, which showed the respect and interest in brown people that continues to this day by yawning and saying “So what?” Adding to the problem was the fact that the US, being run by Nixon at the time, was backing Pakistan, reflecting one of many fine diplomatic decisions made by the US in the Middle East. So India stepped in. Yeah, smacking your rival in the face was part of it, but to be fair, so was stopping those war crimes.

This was a full-court press: land, sea and air. We’re making it sound pretty hardcore, and it was, for a war that lasted less than two weeks. India pretty much handed Pakistan its rear end on a plate with a slice of humble pie, although India was also pretty polite about it. Pakistan lost half its country, and Bangladesh became an independent nation.

This also kicked off that nuclear development program we were talking about. Hooray?