Vaping CBD has an extensive list of prospective benefits. But those out there that have not vaped anything before might ask, “How do you inhale CBD?”

It’s evident that you’re looking to get the most out of your CBD vape juice without a full-on cough attack.

When it comes to vaping CBD- especially if your goal is to calm anxiety- we want to make sure you have an enjoyable and pleasing experience.

1What Happens When You Vape CBD

Medical marijuana, commonly used for its health benefits, carry over one hundred different cannabinoids, a class of active compounds that interact with our body’s native systems to construct a number of different effects. The number one cannabinoids are cannabidiol (CBD), most known for its non-psychoactive compound that promotes natural well being.

The second is tetrahydrocannabinol (THC), the widely recognized compound that does have that psychoactive high. The concentration of these cannabinoids are different based on the cannabis strain in which they are derived.

Vaporizers, commonly known as vapes, heat up the cannabinoids material, that typically comes in the form of CBD vape oil, dry herb, or concentrated waxes, to their boiling point, releasing its cannabinoids in the configuration of a pure vapor that is designed for inhaling.

Once you pull in through your mouth and inhale the cannabinoid-enriched vapor, the active compounds are soaked up by your lung’s alveoli. These little air pockets can be found at the ends of the respiratory tree. They are in charge of sending oxygen and carbon dioxide back and forth, to and from your bloodstream.

Its main responsibility is keeping the majority of the body’s functions in balance and harmony. By interconnecting with the cannabinoid receptors, CBD and THC stimulate the endocannabinoid system and boost its productivity.

In comparison to the various other methods of consuming cannabinoids, vaping CBD is the fastest acting option. The pathway in which the active compounds pass from the lungs to the bloodstream produces effects almost instantaneously.

Now that you have an understanding of the body’s process for vaping CBD, we will fill you in on the benefits.

First things first, here’s a quick list of the reasons inhaling CBD over ingesting is better.

3What to Expect When Vaping CBD

It’s important to understand that you are inhaling the vapor into your lungs.
It seems obvious, but drawing CBD into your mouth will not do anything. You have to get it into your lungs by breathing in deep.

To those that have never smoked before, this might be uncomfortable at first. Expect to cough if you’re new to this. So easy does it.

4Steer Clear of the Cough

Having a coughing fit can really interfere with trying to relax.

If you don’t ease yourself into it, you might experience this. It’s ok, just drink some cold water with honey to coat your throat. Knowing that your throat will build tolerance, overtime should help.

Though it’s common sense to some, others don’t know this. There are actually two ways to inhale. Mouth to lungs and straight to lungs.

If you choose straight to the lungs, the process goes just as it sounds. There’s no holding vapor in your mouth prior to hitting your lungs.

Be mindful, though. If it is your first time, you may choose mouth to lungs so that you can inhale slowly to your lungs.

It’s important to note that you are essentially dosing medicine, so counting your puffs will help you stay aware of your daily intake.

You can do this either on your own, keep a notebook of tally marks.
Or, find a vape that has a setting that counts for you.

7Hold In The Vapor

Holding in the vapor is a sure way for you to know you got your full dose. Simply count to 3 with the vapor in your lungs.

Once you see you’ve built up a tolerance for vaping CBD, then you can hold it in longer. You can extend 3 seconds to 5, or even 7 seconds.

If you pay attention, you will be able to determine, at this point, if you can go about your business or if you need another inhale.

To wrap things up, you’re no longer a newbie or inexperienced smoker. You can relax knowing the entirety of inhaling CBD. It’s safe to say you probably feel like you made a new best friend with your CBD vape, but just make sure you are getting a trusted source for CBD at third party tested companies such as Pure Hemp Shop.

Make vaping CBD part of your daily routine. Morning, noon, and night and in between. You will be able to see the difference in your mental health, as well as overall wellbeing. 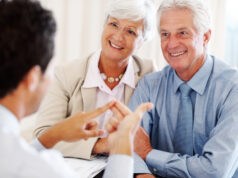 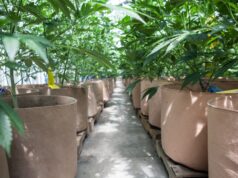