In his study of the unconscious Freud found that the ego distorts our view of ourselves and the world around us. People project their anxieties or shameful desires onto other objects.

Children’s’ television shows are fertile ground for such distortion. No matter how innocent or carefree a show is someone somewhere will find dirty undertones, especially gay themes.

While there are cases of admitted homosexuals (Dumbledore) and ones where it’s just plain obvious (Snagglepuss), several characters have had otherwise innocuous behavior or traits blown up into ‘proof’ that they are representations of the gay lifestyle.

Bert and Ernie are the go-to guys for the gay agenda scaremongers. Two men sharing dwellings for years can get suspicious. The lack of a female companion likely set up to avoid the “living in sin” fundy accusations, has fed suspicions that Rubber Ducky isn’t the only one making bath time lots of fun. 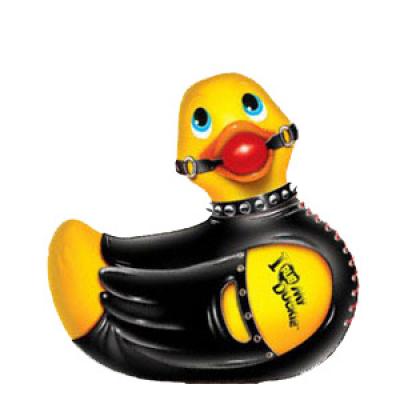 But if two men living as roommates is the basis for being gay then 40 year old World of Warcraft players living in their Mom’s basements are the epitome of straight manhood.

Why They Are Not Gay

Sesame Street was originally conceived to be a show that could appeal to low income kids living in the working class neighborhoods of urban America. They hoped to bring hope into young people otherwise stuck in a cycle of urban decay. While that idea may have worked in the times of white flight, modern cities have experienced a resurgence. Once blighted areas have been reborn with the work of gays moving into run down neighborhoods and sprucing it up.

Dr. Richard Florida has made a career out of the study of urban renewal and created the “Bohemian-Gay Index” which finds that high concentration of gays in urban areas brings increased prosperity, jobs and home values. He wrote a book, The Rise of the Creative Class, and went on the Colbert Report to promote the book.

If Bert and Ernie really were gay then they would have bought up Mr. Hooper’s store long ago and replaced it with a wine and cheese shop or a craft store. Instead they exist as always in there shabbily furnished apartment and Sesame Street is the same rundown neighborhood it always was. If Bert and Ernie are gay than they are the worst gay characters for leaving their neighborhood in ruins.

Another target of right wingers looking for proof of the gay agenda. Buster is a secondary character in the show Arthur. He is a gluttonous bunny that believes in UFO’s. Normally he would fit in quite well with the average Teabagger, if not for his tolerance of the occasional maple syrup making les**ans.

Among his travels is the 2005 episode “Sugartime!” in which Buster visits a Vermont family that makes maple syrup. All well and normal until you realize this family includes two moms.

While maple syrup and le**ians brings up visions of Canadian p0*n, the actual subject matter is rather bland. Evidently Mrs. Butterworth left Mr. Butterworth and joined Aunt Jemima in Vermont which provided a rich source of maple trees and civil union rights.

Before it even aired the episode caused a ruckus in the federal government. Education Secretary Margret Spellings spent the second day on the job sending a letter to PBS to demand the episode be puled.

Why He’s Not Gay

While most of the controversy stems from the inclusions of le**ian parents, the word le**ian isn’t used or discussed. Buster’s only comment is “That’s a lot of Moms”, which in his gluttonous mind means twice as many meals. For the rest of the episode Buster learns how maple syrup is made, which captures his attention more than le**ians.

Spongebob Squarepants is the loud, flamboyant titular character from Nickelodeon. He is loud, lives in a pineapple and works a fast food job.

While popular amongst gay men he was never designed to be a gay icon. The controversy of his sexuality was never too big until 2005, when Rev. James Dobson of “Focus on the Family” criticized the sea sponge for appearing in a children’s video encouraging tolerance of diversity, in particular “sexual identity”.

The actual video, broadcast in 2002 and available to schools on DVD, makes no reference to homosexual couples and only three references in an attached teacher’s guide. But regardless of fact, Dobson warned Congress members of the threat the sponge presented.

Why He Isn’t Gay

First off, note that Spongbob is severely underdressed for a gay man.

Lack of style aside, Steven Hillenburg , the creator of Spongebob, says he never intended his characters to be gay:

“’We never intended them to be gay. I consider them to be almost asexual. We’re just trying to be funny, and this has got nothing to do with the show.” Hillenburg told Entertainment Weekly.

Meanwhile, the revelation that Spongbob and Sandy Cheeks were married didn’t raise a stir from Dobson, despite the fact they are different species. From this we can conclude Focus on the Family believes that 1.) Not hating people is gay, and 2.) Interspecies marriage is okay, so long as the participants are male and female.