Dictators get a bad rap these days. People think that being a dictator is all about crushing your enemies, oppressing the masses and carrying out ethnically targeted genocide campaigns, but it isn’t. There’s more to being a dictator than bullying and brutality. In fact, most dictators are actually pretty fun guys. Some of them, on the other hand, are just plain bonkers.

Let’s take a look at the brighter side of some of history’s most bizarre and cruel men. Here are some fun and interesting facts about dictators. 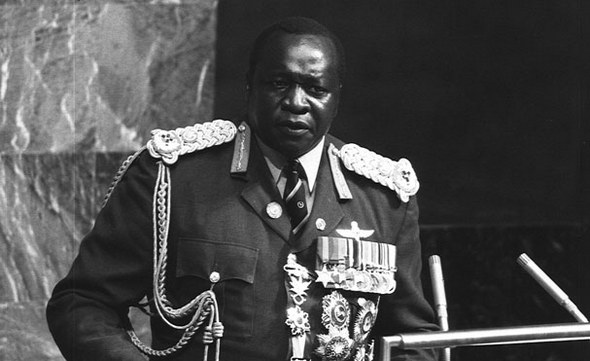 Idi Amin Dada, a former heavyweight boxing champion, was the military dictator and self-appointed president of Uganda during the 1970s. When he took control of the small African country back in 1971 the people hailed him as a hero. However, they could not have know what kind of man their glorious General would prove himself to be. Maybe the pressures of leadership got to him because pretty soon he began to act very strangely indeed.

Of all Amin’s larger than life characteristics, his ego is perhaps the most famous. He awarded himself many titles and honors, eventually styling himself as ‘His Excellency, President for Life Field Marshall Al Hadji Doctor Idi Amin Dada, VC, DSO, MC. Lord of all the Beasts of the Earth and Fishes of the Sea and Conqueror of the British Empire in Africa in General and Uganda in Particular’. This made him one of the most powerful men in the world, in his own mind at least. But there was one title he did not award himself – that of king.

This is not to say that he did not wish to be a king, however. He is rumored to have sent a love letter to Queen Elizabeth II of England, proposing marriage and even that he be made King of Scotland. This is a strange thing for any man to do, especially one known to have despised the British. Of course, Queen Elizabeth did not return Amin’s affections. Perhaps she was turned off by the knowledge that he was a polygamist, amongst other things. He is known to have married at least six women throughout his life, one of whom was found dead, her body horrifically mutilated, after falling pregnant to another man. Amin is also thought to have fathered as many as 43 children.

Since Amin’s death in exile rumors have been abound that he enjoyed eating the flesh of his enemies, however, there is very little evidence to suggest that this is true. 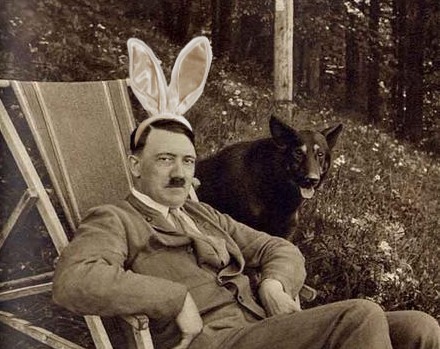 Adolf Hitler is one of the most infamous names in history. The dictator and Furer of Nazi Germany is remembered as one of the most nefarious characters ever to wear a moustache. As a ruthless dictator and mass murderer, he is considered by some to have been the embodiment of evil. Yet despite this – or perhaps because of it – he is also the most caricaturised and ridiculed historical figures of all time, appearing in more comedy shows and cartoons than Count Dracula and George Bush combined. We consider this to be a form of punishment, assuming that such a serious and egotistical man would hate being mocked and belittled so.

However, this could not be further from the truth. Hitler was a great lover of comedy, the slapstick shenanigans of English comic Charlie Chaplin in particular. When Chaplin released his feature film ‘The Great Dictator’, in which he impersonated and publicly ridiculed the Furer, Hitler was not insulted in the least. In fact, he was said to have been amused and flattered by the performance. Add his winning sense of humor to the fact that he was also a vegetarian and an amateur painter, and you start to realize that Hitler wasn’t such a simmering pot of hatred and evil as history has made him out to be, more of a self-deluding, misguided, genocidal buffoon. It is also thought that his failings as an artist may have been a causal factor of his genocidal tendencies. When VanGogh was frustrated he cut off his own ear, Hitler exterminated six million Jews instead.

So what about the rumors that Hitler only had one ball? Well, opinion seems to be divided on this. Many historians believe that this little nugget was nothing but propaganda and that it was first introduced into the public consciousness by way of the popular song, originally entitled ‘Goering has only got one ball’. However, there is evidence that Hitler did suffer a groin injury during the First World War and that his left testicle was indeed removed by army medics. 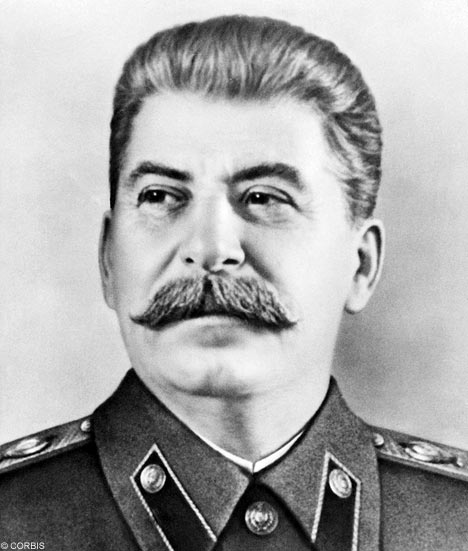 Almost as bad as those of Hitler, the crimes committed by Soviet dictator Josef Stalin are often forgotten in the Western world. During his great purge, nearly two million people were killed with many more being deported or sent to the torturous gulag detention camps. But while that statistic might have looked impressive on Stalin’s resume it tells us little about what he was like in person. Here are some things you probably don’t know about Josef Stalin.

First of all, did you know that Josef Stalin wasn’t his real name but a pen name? With his real name being unpronounceable he took to using this pseudonym back in the days when he was a political activist, possibly in an attempt to hide his Georgian roots. It means ‘man of steel’. After his rise to power, popular nicknames for Stalin in the Soviet Union included ‘Papa Stalin’ and ‘Little Father of the Peoples’, owing to the fact that he was only 5foot 4inches tall.

President Truman once described the despot as a ‘little squirt’. Personally, I wouldn’t have called him this to his face; Stalin was notoriously sensitive about his height, having several portrait painters shot for failing to capture his godliness. If this wasn’t enough of a handicap for a dictator, a carriage accident in his youth had also left his left arm shortened and stiffened at the elbow, while his right hand was thinner than his left and frequently hidden.

Despite being a grumpy little man, Stalin was also the man behind the most wicked practical joke ever played. Being a very private man he gave the order that no person should enter his bed chambers on pain of death. Later, while in his chambers he decided to test whether his guards had listened to this instruction. Pretending to scream in pain he called for the guards stationed outside the door. Fearing that their leader was in trouble the guards burst into the room. Stalin had them executed for failing to follow his standing orders. This little prank soon backfired, however, when Stalin suffered a seizure while alone in his bedroom. The guards were too afraid to enter, finding him hours later laid in a puddle of stale urine. He died three days later.

Another of the famous world war II dictators, Mussolini was the leader of Italy’s National Fascist Party and Prime Minister of Italy. His full title was ‘His Excellency Benito Mussolini, Head of Government, Duce of Fascism, and Founder of the Empire’, but he also held the rank of First Martial of the Empire. While some consider Mussolini to have been Italy’s answer to Hitler, opinions are conflicted on this matter. While he was instrumental in the formation of the Fascist ideology and was politically allied with Nazi Germany he is said to have disliked Hitler immensely.

He is also said to have had many Jewish friends and to have been opposed to the holocaust. He initially favored siding with France against Germany but would seem to have fallen in with the wrong crowd.

An interesting fact about Mussolini is that he loved eating raw garlic, despite suffering from a painful stomach ulcer, and believed that it was the elixir of life.

And the award for most pathetic dictator goes to…

Saparmurat Niyazov, President for life of Turkmenistan from 1990 to 2007, is one of the least famous dictators of all time, partly because few people in the Western world even know where Turkmenistan is. He didn’t invade his neighboring countries, commit mass murder or do any of the things that usually win dictators the international recognition they crave. Like most dictators, however, he was absolutely bonkers.

Another thing he had in common with other dictators is the irresistible urge to rename things, towns, and cities in particular. Niyazov, however, went one step further, changing the names of the days of the week and renaming calendar months after heroes of the state. He even changed the word for bread, naming it after his beloved mother. What a softie.

Of course, Niyazov did more than rename things. He also introduced sweeping medical and social reforms, closing all hospitals outside of his capital and firing 15,000 public health workers. Also closed were all of the country’s internet cafes and all rural libraries. In 2006 one third of all Turkmenistan’s elderly had their pensions canceled and were ordered by Niyazov’s government to pay back the previous two years payments. The resulting deaths through poverty, sickness, and starvation may have been in the tens of thousands if not more, but Niyazov refused to admit that his policies had any ill effect on the populous.

Amongst Niyazov’s most ridiculous laws was the ban on beards, make-up for newsreaders, recorded music and the exclusion of dogs from the capital city. Apparently he didn’t like the way they smell.

4 Strange Curses in the Bible

The Five Worst Fathers in the Bible