We know we shouldn’t, but most of us can’t help but love a successful thief. There’s something charming about someone who can evade police capture and make a career out of swindling others. Well, it’s not really charming, but it’s fascinating none the less.

Before England utilized a full-scale police force in the 19th century individuals could be hired from the community to bring criminals to justice, not unlike bounty hunters. As London grew as a major business and cultural center theft became a very common occurrence, leading to the creation of thief-takers – people hired by victims to capture those who wronged them and recover the stolen goods.

Jonathan Wild was at one point England’s most popular thief-taker, but he was also the head of a major network if thieves, allowing him to work both sides of the law to his benefit. When one of his men committed a successful robbery Wild would wait for the victim to approach him or put an ad in the newspapers advertising the recovered item. He would then make a profit returning the item to its rightful owner.

But that was only one side of it. Members of Wild’s gang were never safe from the law, especially with Wild at the helm. He would pay them for their services, but selling stolen goods was a major offense, so he could make further profit by selling his own men out to the police. Many were hanged, but hey, can’t make an omelet without double-crossing the people who trust you, right?

Eventually Wild’s brilliant scheme was uncovered and he himself was executed. Nowadays he is seen as a symbol of corruption.

One of the most notorious of modern American bank robbers, Brankle hit up forty-three banks in six different states over the course of twenty-months.

Brankle first robbed a bank when his wife’s family threatened to finance her divorce. Brankle had made numerous attempts at business, all of which had failed and left him and his wife in heavy debt. Not wanting to lose his only son, Brankle first stole a BMW from a dealership before committing the first in a lengthy string of robberies.

Brankle developed a plan that he followed as closely as possible. First, he only robbed banks that were inside of grocery stores. Second, he spent days learning the layout of both the target stores and their neighborhoods. Third, he would never appear rushed or nervous, often walking away from the scene slowly and driving away as casually as he could. In a few instances he even gave tellers advice on how to be robbed. He never harmed anyone during a robbery (police claimed he was always armed, though he himself says otherwise). His unusually cool demeanor earned him the nickname Gentleman Bandit.

Police never nabbed Brankle directly for the robberies (and in at least one instance suspected someone else entirely), but he was eventually caught after cutting off an unmarked police car. Though originally pursued because of the stolen license plates on his car, Brankle confessed to the robberies, believing that it was inevitable that he get caught and that he owed it to the detectives. Ironically, he ended up losing his son when he was sentenced to twenty-three years in prison. 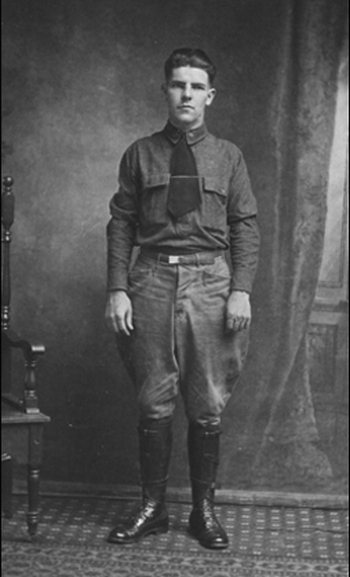 Perhaps the most notable Gentleman Thief in American history (a common nickname, it would seem), Arthur Barry has since become a folk hero for only targeting the rich and never harming anyone during a job. While that’s only partly true (he didn’t specifically target the rich when he started out), it’s enough set him apart from the rest of the early 1900’s crime scene. He was most active in the 1920’s.

Barry used two major methods for his heists. The first was simply striking when the victim was asleep and taking whatever valuables he could find and reasonably carry (he rarely took cash and favored jewels that he would later sell). If someone woke up, and they often did, he would calmly explain that he was robbing them and that they should remain silent if they didn’t want to get hurt. No one resisted.

His second and more daring method was to simply commit the robbery in broad daylight. He was notorious for planning every possible outcome, so it rarely caused him any trouble.

His weakness was a fondness for show girls, and eventually one had turned him in to the police. He was sentenced to 25 years in jail, but in 1929 he staged a riot and escaped. He was only free for three years, however, and eventually was rediscovered. After serving out his full sentence he vowed to take up honest work. He kept his promise, and despite his past being well known he was a respected member of the Worcester community. 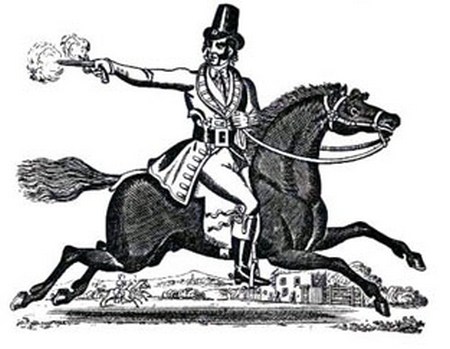 Some of the common knowledge about Turpin’s life is based on romanticized stories that came about after his death. We do know, however, that he began as an honest butcher before getting involved in robbery. The Essex Gang had taken to poaching deer and turned to Turpin for help in disposing of what they didn’t need. As the gang moved away from poaching he took part in a few robberies. Once a majority of the gang had been imprisoned or executed, Turpin set out on his own and continued pressing his luck.

In the mid 1730’s Turpin met up with new partners and began committing robberies along highways outside of London. Those traveling usually carried very little with them, so to make a profit the group had to attack numerous people, attracting a lot of attention from the police and public alike. Eventually his accomplices were arrested and Turpin fled, eventually adapting the alias of John Palmer and taking up horse theft, one of the most severe crimes of the day. In 1937 he stole a horse and rode it to his father’s house. Unfortunately, he was easily recognized as Richard Turpin and his previous crimes were well known. He was eventually tried for the theft (and three other horse thefts he made after visiting his father) and sentenced to be hanged.

More famous than his crimes is how Turpin handled being executed, treating it as some sort of show. Naturally charismatic, Turpin had attracted many visitors in his final days. On the day of his execution he bowed to the crowd and even brought his own mourners. In the end he executed himself, throwing himself from the ladder leading to the gallows with the noose tied around his neck.