Jesus Christ is undoubtedly the most important figure in human history. You can try to argue it all you want, but the facts are against you on this one. No one else has inspired as many religious movements, wars, peace offerings or terrible pop songs as Jesus. The name carries some weight. And sure, Jimi Hendrix can play a mean guitar, but Jesus could turn that guitar into a bass guitar. Think about that.

Naturally, some people would want to try to ride the Christ’s coattails by claiming to be Him. Of course, it’s a tough standard to live up to, as these stories show us.

At a young age, Thom faced a crossroads in his life; he could either follow in the footsteps of his father and become a well respected politician, or he could choose his mother’s unique path and die in an insane asylum. Not one to disappoint, he dabbled in both.

Sadly, politics wasn’t in the cards for Thom. He lost the Canterbury’s parliamentary seat before sporting a red cape, sword and changing his name to Count Moses Rosechild. Surprisingly, the Count lost his second attempt at the seat, most likely because the people of Canterbury weren’t ready to be represented by a flamboyant swordsman. After a stint in prison, however, the Count had a revelation: he was no politician. He was Jesus Christ. Once he was reunited with sweet lady freedom, Thom began spreading his message of salvation. He also claimed his sword was Excalibur because the costume shop he bought it from wouldn’t accept returns.

The basis of Thom’s sermons was his opposition of the Poor Law Act, which was forcing people off of their property and farmers out of their fields. As he gained popularity he rallied a group of 100 followers and lead a protest near Boughton. Several of his protesters, however, were employed workers who had left their positions to join the movement. When a constable arrived to correct the situation he and Thom had a bit of a tiff: the constable claimed they were breaking the law and Thom rebutted by shooting him dead, forever answering the question “What would Jesus do?” 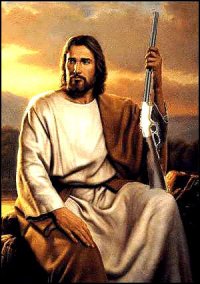 He would shoot people.

Many of his followers, a bit freaked out by the whole murder thing, abandoned Thom. Less than half stayed, believing that their faith in him made them impervious to man-made weapons and, should Thom encounter more constables, he could put his hands together and slay 10,000 men. There couldn’t possibly be that many constables anyway, so they decided to play the odds continued to protest. The next day 100 soldiers surrounded Thom and his group in the Dunkirk woods, demanding his surrender. Outnumbered, Thom asserted he was Jesus Christ by shooting and killing their Lieutenant before being killed himself. It’s not known if he managed his infamous Killer Clap before shuffling off of this mortal coil but given that there aren’t 10,000 unmarked graves in the Dunkirk woods it’s safe to assume that no, no he didn’t.

Despite the fact that he killed two men in cold blood (a very un-Christ like thing to do), there was still a fear that maybe, just maybe he was the Christ. His coroner, hearing the rumor he would rise three days after death, ordered that his heart be removed, perhaps thinking that Jesus and vampires share the same weakness. It’s never been made clear if this act was carried out out of fear or outlandish dickery. Thom never rose from the grave and his followers went back to their lives of being horribly gullible.

After failing a series of imperial examinations, Hong had a bit of a nervous breakdown. During this time he had a series of visions (a sure sign of wonderful things to come). Among these visions he dreamed that angels took him to heaven, where a man with a golden beard handed him a a sword and a seal to purify China (another sure sign of wonderful things to come). After several years of soul searching Hong interpreted this to mean that his father God and his broseph Jesus wanted him to rid the world of demons. His relatives, unable to verify his claims with Wikipedia, decided he was on the level and helped him in his quest to convert an entire country to Christianity. Yeah, you know this isn’t going to end well.

After traveling to a series of small villages and destroying their idols, Hong and his posse made camp in Guangxi. The minority population was more receptive to the idea of Jesus’ brother wanting them to smash tiny Buddha statues and joined the cause. Hong, not wanting to skip out on awesome heavy-handed symbolism, requested a blacksmith to forge two massive swords for the purpose of demon-slaying. Hong traveled about the country converting minority citizens to his cause, promising equality among classes and sexes alike, which all sounds good on paper, right? 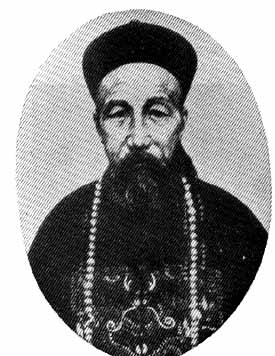 “Pictured: A Good Idea at the Time.”

Now 30,000 strong and fronted by an apparent demon slayer, government forces finally decided to do something about this group and attempt an attack. They were, of course, thwarted, and with a single victory under his belt Hong declared his group the Heavenly Kingdom of Trancendence Peace. Somewhere on his holy demon-slaying quest Hong forgot that the Chinese army doesn’t care for losing all that much. A series of counter attacks later and the Taiping Rebellion was born.

Crack open any Bible and skim through the New Testament. You can argue Jesus wasn’t a prophet, but the dude certainly saw things coming. His betrayal? Check. His crucifixion. Oh yeah. His rise from the grave? Never stopped talking about it. Now if someone were to claim to be the brother of Christ, it’s assumed some of that would rub off on them, right? Apparently, that’s not the case. Rather than surrender to the vastly superior force, Hong went forward with the rebellion gung-ho positive he would win. He didn’t. What’s more, over 25,000,000 people died in the ensuing battles. Of course, Hong wasn’t among them. He died of illness as a result of eating manna because he believed the Bibe commanded him to do so. At the end of his life, Hong had gotten exactly no good advice from God.

All that trouble and he never even got to slay any demons.