2012 is, apparently, the end of the line for humankind/planet Earth/the solar system/universe. But how will we meet our demise? Those of us who don’t work well under pressure can take solace in knowing that, much like Baskin Robbins, there’s quite a few flavors of impending doom to choose from, so why not choose your own?

This is the one you’re probably the most familiar with: the Mayan calendar ends on December 21, 2012. BOOM. Apocalypse. Well, it’s a little more complex than that. The story goes that before our own world, the gods created three others but were not satisfied with the results. We were placed on the fourth world. However, the planet still has some sort of mythical expiration date, roughly 5,125 years after it started. The end date for our freshness is the fabled doomsday. 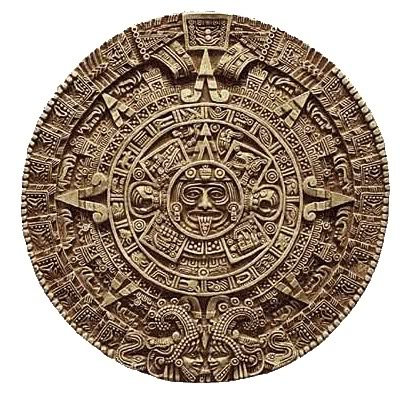 What is actually supposed to happen (and indeed, the entire creation mythos) was never set in stone and has been distorted by speculation for a while now. We can most likely pin the idea of Mayan Armageddon on archaeologist Michael D. Cole. In 1966 he put forward the idea that our planet would end in December 2012.

We could point out that scholars claim there’s no doomsday prophecy in any known Mayan text (though they don’t outright reject the idea of a cyclical flow of time, which the theory suggests), but it’s much easier to point out that it’s hard to update a calendar when you’re dead. The Mayans may have viewed periods of time in 5,125 year lots as has been proposed, so there’s reason to believe that they’d flesh out a calendar to reach December 2012. However, dead men can’t tell time, let alone keep track of it, and thus the calendar has to end.

Prophecy of the Popes

The Prophecy of the Popes, or Popecy as we’re going to call it, is a cryptic list of clues identifying past and (at the time) future popes as well as a few antipopes. Pope Benedict XVI, our current pope, is alleged to be the second to last in line. His successor will bring about the end of the Catholic Church. 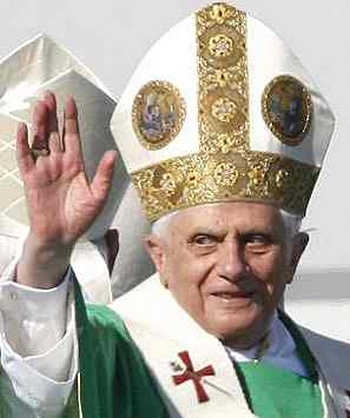 Though it’s incredibly vague (as these sorts of things tend to be), some folks have latched onto the idea that the prophecy does more than predict the end of the Vatican: they assume the unnamed successor is the anti-Christ and his reign will herald the end of time. They go on further to claim that he’ll come into power in 2012 and presumably soil themselves in fear whenever Benedict XVI has a nasty cough.

The prophecy itself dates to 1595. It was discovered by a Benedictine historian who claimed it was written by Saint Malachy in 1139 and locked away shortly after. The phrases used to identify the popes in question seem accurate enough (and can be read at the good old Wikipedia at your leisure).

There’s a problem with the whole “cryptic prophecy” thing and it’s that you can match virtually any spooky event to any sentence whatsoever. Some of the clues given reference the names, towns, or events of individual papacies. However, popes listed after Urban VII rely more on wordplay than the others, and some go through great stretches to make any damn sense. Father Benito Jeronimo Feijoo believes the reason for this is because the list was originally written to get Girolamo Simoncelli elected pope; Urban VII was the then current pope and the clue for his successor alluded to Simoncelli. If every clue up to Simoncelli had been inarguably accurate then people would think it inevitable that Simoncelli would become elected. That, of course, didn’t happen, though the prophecy remains.

While school children could easily have told you there were exactly 9 planets in our solar system only a scant decade ago, that fact is now quite a bit more convoluted. Pluto was recently demoted and a number of “exoplanets” have been identified as being not quite up to joining the big league. This has only lent credibility to the idea of a planet with an irregular orbit that places it far outside of our view for much of the time. However, this planet, the fabled Planet X, is coming back around with a big ol’ can of whoop ass and will either collide with our planet, killing us all, or simply pass by our planet, creating a pole reversal before killing us all. 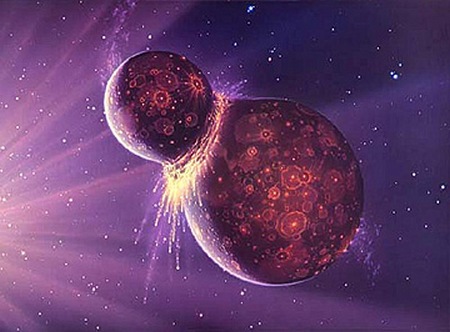 And making great Desktop backgrounds in the meantime.

That’s what proponents of the Planet X theory actually believe and – despite sounding like it may be a plot device in a Final Fantasy game – the “mystery planet crashing into our planet” scenario has grown some serious legs. Check out Amazon.com for some Planet X/Nibiru (as it is sometimes called) survival guides. Then read the comments section to discover that people not only believe this but that others are making a profit on it. Then decide if you want to weep or put your fist through your computer. That one’s up to you, dear reader.

None, and shame on you if you needed someone to tell you that. The idea of a planet with an irregular orbit waiting to break on through to the other side of Earth is called pseudoscience, which is really just a fancy way of calling something bullshit. Still, we’ll give their side of the story, if only for the sake of fairness.

In 1995 Nancy Lieder founded the website Zeta Talk. There she revealed that in her younger years she was visited by Zeta aliens who implanted a communication device in her brain. The communications she received revealed that she was chosen by the super alien species to warn Earthlings of the return of Planet X.

We’re really hoping no one reading this needs an argument against Planet X to disprove it, but here we go: Planet X’s projected date of arrival was May 2003. The fact that you’re reading this and are not some form of space debris would imply that it never happened, and indeed, science seems to confirm this. Lieder promoted the date heavily up until it didn’t happen, and then explained it was a clever trick: if she revealed the true date then governments would have enough time to declare martial law and trap people in cities.

This excuse makes exactly no sense, so naturally it was copy/pasted into the 2012 bullshit.

Okay, pot heads. This one’s for you.

So there’s a ring of photons around a star cluster called Pleiades, or the Seven Sisters, and Earth is on the fast track to passing through said cluster. As it does, the photons will envelop our planet and we’ll ascend to a higher spiritual plane. Or we’ll die. Or the world will be physically destroyed and then we’ll die. The details are still up in the air on the endgame a bit, but rest assured that it’s coming.

The idea was first presented in 1950 by Paul Otto Hesse and quickly gained traction with the New Age/Ziggy Stardust crowd. Hesse asserted that we’ve been approaching the photon belt since at least the sixties in a stage dubbed “The Quickening.” Not at all making that up, by the way. 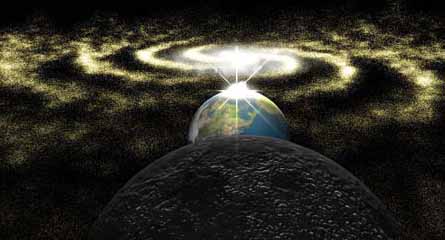 There can be only one.

Naturally, our crash course ends in 2012.

Honestly, your guess is as good as ours. Hesse claimed that the Photon Belt had been photographed with satellite equipment, so that counts, we guess. But yeah, we’re coming up dry on this one.

To put it bluntly, photons don’t work that way.

Photons are packets of light and always move in a straight line. If something like the Photon Ring were possible it would require the gravitational pull of a black hole to support it, at which point there would be a Photon Sphere.

Second, and more importantly, we (our planet and our sun) are actually moving away from Pleiades, or at least the star Alcyone, implying that we’re outrunning whatever horrors are waiting for us there. Consider yourself relieved.