Hindsight is 20/20. That being said, more often than not the folks who call events ahead of time go unnoticed or are ridiculed, only to be proven right in the end.

Who is he? US Army general widely considered the father of the Air Force due to his preference and push for aviation power. Hero of World War I and, if we may say so, rather dashing. 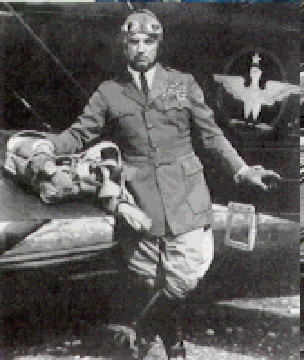 The warning: Mitchell was so fixated with aircraft strategy that he pointed out America’s greatest weakness against an air strike. In 1925 his book Winged Defense pointed out that an enemy, say, Japan, could launch an attack from aircraft carriers to ambush a place like say, Hawaii, because there were enough small islands in the Pacific to use as bases, allowing for the attack’s preparation to go unnoticed. In essence, the man called Pearl Harbor years ahead of time.

Why no one listened: The timing of Winged Defense was a bit unfortunate, falling right around the time he was facing a court martial for criticizing his superiors. Specifically, he accused senior members of the Navy and the Army of negligence of the sinking of a dirigible and the loss of three sea planes. Mitchell, who was always outspoken, managed to finally cross the line and the publicized nature of the court-martial most likely swayed public interest against him, or at the very least diminished interest in his ideas.

Who is he? French soldier and hero of World War I. Famous for having “the most subtle mind” when it came to military strategy and refusing invasion at all costs. Had testicles the size of watermelons. 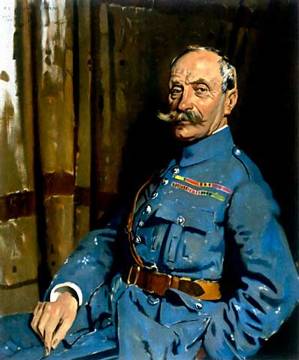 Foch felt the treaty didn’t go far enough to ensure France’s safety. In his mind the only way to properly weaken the German military and prevent another major act of aggression was to permanently occupy the Rhineland. To agree to anything else, he felt, was treason and only asking for trouble, because Germany’s access to the Rhineland had allowed it to out flank the United Kingdom, giving their army a tremendous advantage. Foch’s exact quote is “This is not peace. It is an armistice for 20 years.”

And twenty years and sixty-five days later, World War II began, so he may have been on to something (though he wouldn’t live to see his prediction come true, having died in 1929).

Why no one listened: President Woodrow Wilson and Prime Minister David George thought Foch’s proposal went too far. They thought that a fifteen year occupation would do the trick, presumably because they thought Germany was on the honor system. 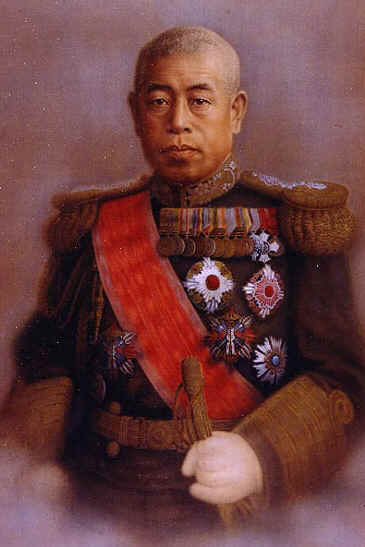 The warning: From the start Yamamoto seemed to know that Pearl Harbor wouldn’t give Japan the edge it needed against the US. He felt that destroying the fleet stationed there would allow Japan the time to invade several key locations in the Pacific and give them an advantage for about a year, but after that it would all roll downhill because it was too costly and offered no other benefit. He had no faith that the war could be carried on much further than that. In hindsight he was absolutely right; the Battle of Midway occurred nearly six months later and was the turning point of the war in the Pacific.

Why no one listened: Nationalism. Though a great leader, Yamamoto had been vocal against many aspects of the war, including the occupation of China and allying with the Nazis. While he was well respected within the military, a portion of the public was violently opposed to what they believed were blatant weaknesses in his character.

Who is he: Businessman, former governor of New York and Republican candidate in the 1964 presidential election, where he would eventually prove to the be the least favored candidate among his own party after marrying one year after his divorce, upsetting much of his voter base. 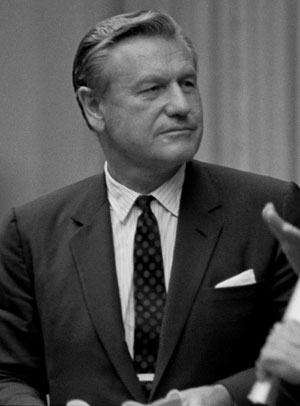 The warning: As Rockefeller’s standings dropped from frontrunner to back of the line, Barry Goldwater quickly overtook him and claimed the lead. When given the chance to speak for the Republican national convention, Rockefeller said point-blank that Goldwater was unelectable because he was too right wing. The fact that you’ve never heard of a President Goldwater should speak for his accuracy.

Why no one listened: It’s impossible to overstate just how unpopular Rockefeller’s wife shuffle made him with Republicans. When he was given five minutes to speak before the convention, he was booed and heckled for sixteen minutes. Before that he had lost the support of major Republicans who felt he himself was too liberal in his policies compared to Goldwater. Though his criticism of Goldwater was legitimate and easily exploited by Lyndon Johnson, he was seen simply as being spiteful. Goldwater was famously crushed in the elections as Johnson made him out to be a war hawk.

Who is she? Wife of John N. Mitchell, the United States Attorney General in the Nixon administration. She herself had no involvement with the administration outside of association with her husband. 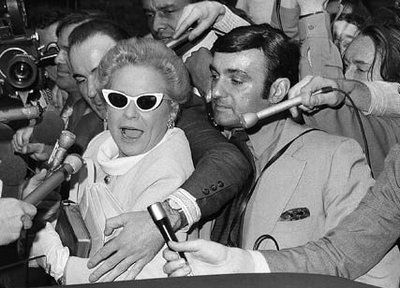 Her Warning: Martha and John divorced in 1972. Coincidentally, that’s the same year of the infamous Watergate break in. John was in control of the slush fund used to pay the five men who attempted the break in. Martha, having nothing to lose, sought to spill the beans on her husband’s involvement and the affair in general.

Why no one listened: Martha had a bit of a drinking problem, which is to say that Martha had a hella drinking problem, and when the higher-ups caught wind of her whistle-blowing they were quick to make that very apparent in the media. But because labeling someone as a drunkard doesn’t ruin someone’s legacy forever enough, a doctor also diagnosed her as mentally ill.

Martha died in 1974, meaning she never got to see those involved in Watergate (her husband included) brought to justice. We think someone owes her an apology.