The Golden Age of Comics took place during the thirties and forties. During this period, comics saw their first major boom, and the popularity of superheroes led to the creation of many modern mainstays now considered iconic to the medium. The Golden Age also gave us some of the most bizarre and terrifying characters to ever see ink.

Taking the unique Bruce Wayne approach to super heroism, Bart Hill witnesses his parents murder, rendering him mute. Not satisfied with both crippling and orphaning a child, the criminal in question goes the extra mile by branding him, leaving a boomerang shaped mark on his chest. Naturally, Hill honors the memory of his parents by obsessing over boomerangs and eventually becoming the first (only?) master boomerang marksman. 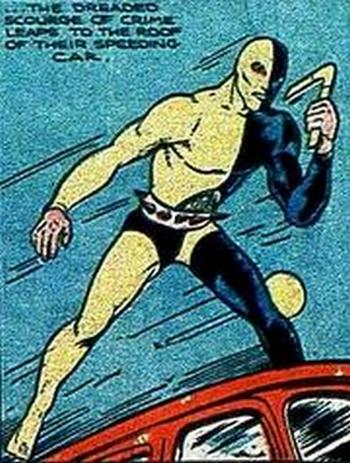 With his new and seemingly impractical power, Hill becomes a the costumed hero Daredevil, bringing criminals to justice by throwing curved sticks and praying they come back. Daredevil ran for sixty-nine issues, remaining popular inpart due to the book’s gritty story telling. The character also set a precedent for characters named Daredevil being unable to properly dress themselves. 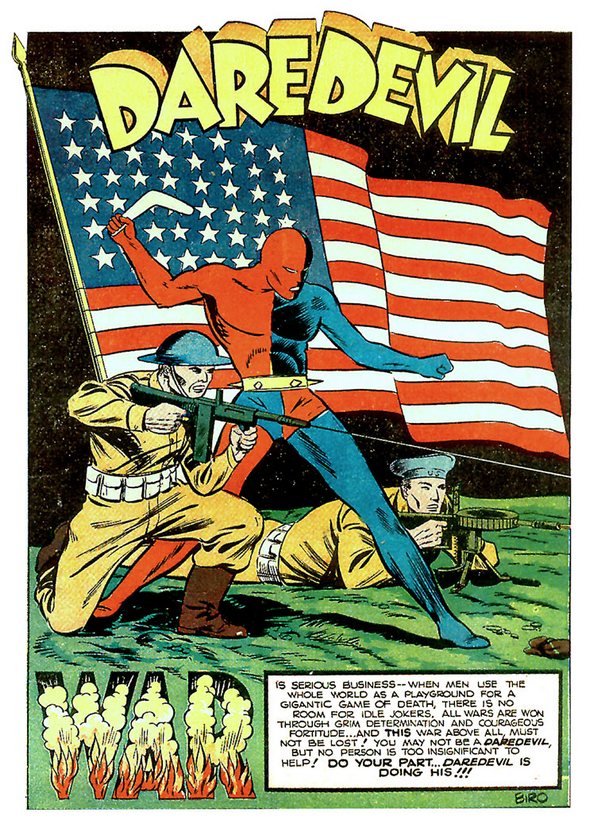 Seriously, the other Daredevil can see you. Turn it down a bit.

Rex Fury, federal Marshall and owner of a kick-ass name, takes on the persona of Ghost Rider, a phantom horseman, Of course, he wasn’t really a phantom; he wore a costume that was white on one side and black on the other, giving him the ability to disappear and reappear at will, causing evil to soil its pants every time. 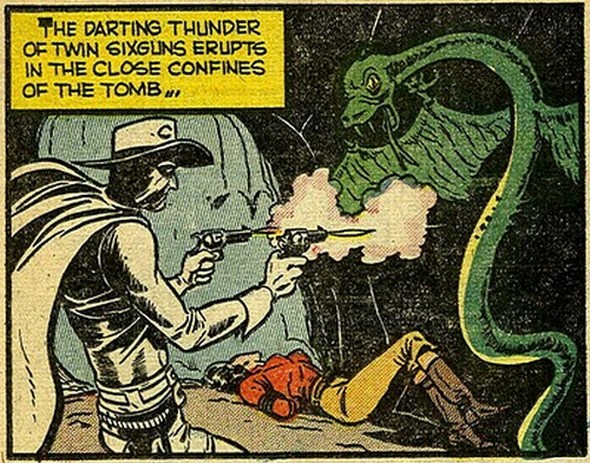 And if that didn’t work, he’d just shoot it.

Ghost Rider is akin to a super natural Batman. Fury did everything he could to appear to be a ghost, using realistic illusions to maintain his mystique and to terrify criminals. His enemies followed the supernatural motif, ranging from your typical wolfmen to a Frankenstein impersonator (why, when choosing a gothic literary figure to impersonate, anyone would elect to be a hodgepodge collection of corpses, is beyond me). 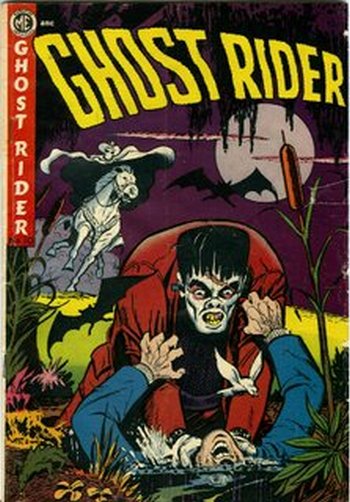 Not at all making this up.

While on an ocean liner in the Atlantic, the would-be Lady Satan (she apparently had no real name) nearly loses her life in a Nazi bombing. The liner is sunk, presumably killing hundreds. Among the dead are her fiancee (also not worth having a name, may he rest in peace). Eventually our hero found her way to German-occupied France, where she vowed to fight the Nazi’s while swearing fealty to the Prince of Darkness. I’m really not sure how one entails the other, but hey, when you’re beloved is slain by Nazi explosions, you need to change up your life a bit. 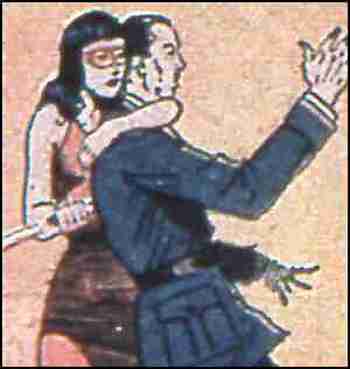 In her original run, Lady Satan was powerless. Armed only with a chlorine gun, she hid her non-identity with a red evening gown and domino mask. Not only is this a questionable costume, but it proposes a very important question: how is it that Nazi’s could find entirely families hiding in basements, attics and the very earth itself, but a woman dressed in bright red wondering the streets of Paris with a pool-cleaning gun manages to evade capture so many times she makes a career out of it? 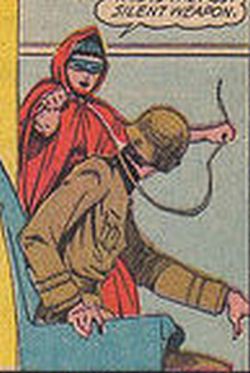 Seriously, this woman goes through Nazis like most people go through tissues.

While the character of Lady Satan may not standout in the overpopulated market of the Golden Age, she was among the first heroes to stop Hitler’s tyranny before the United States got involved in World War II. Also, she hung out with Wonder Woman once or twice, so she’s famous by proxy.