Every charity has the relentless problem of money. How to spend it? How to use it? And most importantly, how to get more of it, because there never seems to be enough of the stuff to go around, just like the cheese on a nacho platter.

The need for funds has created some… interesting ideas among the world’s charitably minded. After all, you need to get attention for your charity, right? What better way to do that than, say, racing slender rodents, or smashing up a vehicle, or even selling grades? Here are five ridiculous charity ideas that people actually did, at least according to the Internet. Don’t get us wrong, we love ferrets. Ferrets are adorable little creatures, like big fuzzy salamanders. OK, so you need to clean them regularly or they smell bad. And they can have some pretty nasty little teeth. And they need a lot of care and respect, making them more time-intensive and costly than a used car. On the other hand, we’d like to see a used car run up your shoulder and curl up in a ball. Unlike a ferret, your old Sunfire isn’t going to get you laid.

Anyway, one thing we hadn’t thought of was racing ferrets, because ferret races are inherently ridiculous. Leave it to the British, the land of people who don’t think anything is too absurd not to try, to actually attempt to race ferrets for money. Apparently, racing your ferret is a very British thing to do. We just find ourselves wondering how ferret races even got started in the first place. Who looks at the adorable little tube rats and thinks, “You know, this could be the start of a revolution in charity fundraising! Think of it! Ferret races! Who wouldn’t pay to see ferrets run down a track?” According to Easyfundraising, some simple ways in which you can keep supporting charities, even when you’re in lock-down include: Virtual Events, Donate Food, Direct Donations, Donate Whilst You Shop Online, Online Wine and Cheese Tasting, and Donating Your Time. There is never a shortage when it comes to ways to generating funds for your cause.

Well, we wouldn’t, but we’re not British, either. 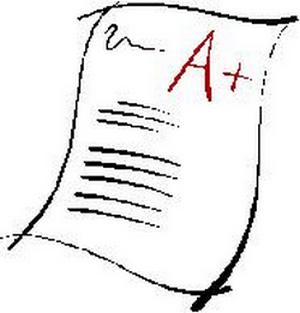 If there’s one thing a charity shouldn’t encourage, it’s cheating. Cheating, while fun, rewarding and easy, is also wrong. You should never cheat, especially when you might get caught. But fortunately for some, one school didn’t get that memo and came up with a unique fundraiser that accidentally taught the kids more about life than people wanted them to know.

Namely, that grades are for sale. The idea was that for every $20 a kid donated, he could add ten points to two tests of his choice, meaning dumb students could just buy their way out of grade trouble. This gives them valuable experience doing, for when Daddy’s money gets them into an Ivy League school and they spent too much of high school drinking and trying to put the moves on the head cheerleader to do homework or go to class. 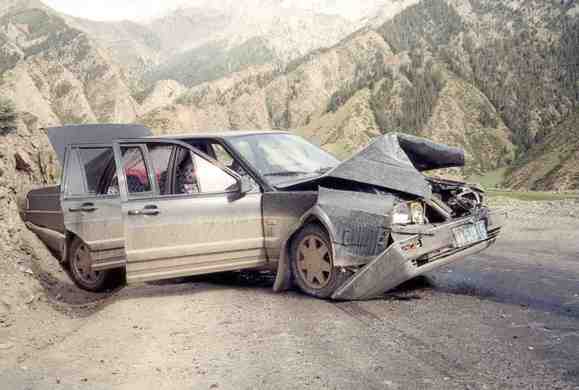 Currently, on American radio, there’s an ad to donate your car to a charity called Kars 4 Kids. Go ahead. Go to that website. Listen to that jingle. Then try to imagine hearing that every freaking day. You wonder why Americans are prone to shooting at each other? It’s ads like this, that’s why. Hear that jingle a few times and you too will welcome the sweet embrace of death.

Also, they never really have explained why, exactly, donating your car will help kids. We’re hoping they don’t just give it to the little buggers. Driving is dangerous enough without eight-year-olds on the road; we should wait until they’re at least ten before cutting them loose.

Anyway, two Greek organizations at the University of Delaware, no doubt driven mad by the jingle, came up with a way to both raise money for an important cause and get some revenge on that snotty little jingle-singing brat by charging people to smash up a junker. Yes, nothing says “fundraising” quite like “acts of senseless vandalism committed by a sorority sister with a sledgehammer”. We’re assuming they got the idea from that seminal classic, “Final Fight”. After it was all done, they got their time added into their total and were given a point bonus! That’s how vandalism is rewarded, right?

You can find out more about the foundation ideas by visiting here.