Home Home Five Soccer Matches (That You Should Probably Care About)

Soccer is sometimes called the world’s game, which helps make the term “World Cup” less presumptuous. And while the World Cup may see a large and incredibly varied group of countries squaring off, in truth, the sport really does win by default. Consider that the national teams from both India and China, who draw from a combined 36.92% of the World’s population, are rarely represented in elite international competitions (they’re not even ranked in the top 75). When enormous superpowers are outshone by the wacky, isolationist police states they support, maybe the game isn’t quite as widely popular as it is made out to be.

So soccer isn’t your thing, the World Cup presents a quandary. You may try to feign interest at the mind numbing ties and the unabashed diving that can be hard to ignore. You can participate in the time honored American tradition of endless trashtalk about success of your country followed by repeated claims to “not actually care” when they inevitably lose to nations with a fraction of your money, power and population. Or you can take some small comfort in the fact that sometimes… just sometimes… the game can transcend its primitive roots and give meaning to the human condition. Oh, and laugh at the other times it’s just ridiculous.

Spanish Team Destroys the Hopes of 200 Kids at Once

The Spanish club “Athletic Bilbao”, rather than fielding a team of muscular hobbits, is a pretty eminent team in Europe. They’re especially well known for their admirable or possibly racist policy of trying to keep the club stocked exclusively with players from Basque Country, where the club is located. 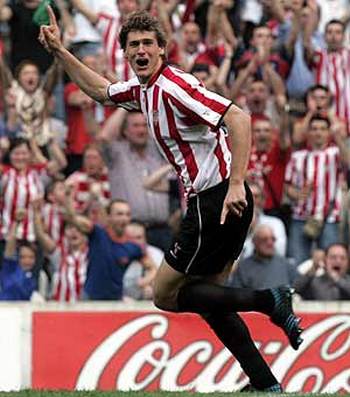 Recently, the impending retirement was announced of fan favorite Joseba “El Gallo” Etxeberria. To save you thirty seconds on Google, the nickname means “the cockerel” and he received it after a wild night that ended with a compromising situation in a henhouse (probably). Anyway, Rooster Boy had played hundreds of matches and scored more than a hundred goals in his fifteen years on the team. To honor the local sports hero, they apparently decided to bring him closer to his most important supporters… the children. And what better way to show these kids the importance of fair play and teamwork than by pitting them against professionals in a grudge match?

If you’ve ever spent an evening at the bar discussing how many kids you could take in a fight, this is basically the soccer equivalent. Originally, the game was meant to allow 100 local kids play in each half, but eventually the full 200 kid squad came out together because the pros were kicking their tiny hineys up and down the “pitch”. In what amounted to a proportional 20 on 1 game, the pros still stuck it to the little punks, winning 5-3.

Still, the person who really got the shaft was the parent who was scheduled to bring the juice boxes and orange slices for snack break.

On June 22nd, 1986, England and Argentina played a game in the quarter finals of the World Cup. It ended up being a 2-1 win for Argentina, who would then go on to win the big prize. While it sounds like just a stepping stone for the victors over perennial under-performing England, in truth it was probably one of the most important World Cup matches ever. And none of it was helped by the fact that the game came a scant four years after the war between the two nations over an equally trivial matter (the tiny Falkland Islands). 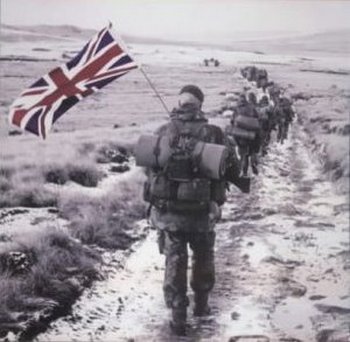 Puts soccer hooligans in perspective, no?

So you had two bitter rivals pouring their anger over a fresh war into a game where dudes wear big socks and tiny shorts. Now, England had experienced a period of renewed national pride over aforementioned affair, whereas Argentina, who lost the war, suffered embarrassment and political turmoil. You might even say the Argentines wanted it more, and as the first incident in the game (dubbed “The Hand of God”) indicates, perhaps enough to bend the rules a bit.

In case you didn’t catch that, here’s a better angle: 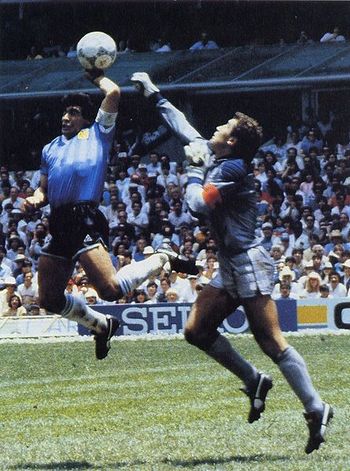 Hey, isn’t that against… you know… the ONE rule everyone knows about soccer?

The goal by Argentine star player Maradona gave them the lead because the referee just kinda didn’t see it or whatever. Regardless, the same Maradona would come through again minutes later; apparently ready to prove that he could score legally (when he wanted to). A surge by the star would result in a goal later dubbed the “Goal of the Century”. He somehow managed to weave through half the opposing team and the goalie to score.

England would manage a goal to reply, but ultimately lost to their rivals. Maradona would say afterwards that the game was “revenge” for the losses sustained by his country in the war. Given the billions of gallons of oil that have since been discovered around the Falklands, maybe a single match wasn’t such a bad tradeoff.

If soccer can be revenge for a war, why not the cause of one? In actually, tensions were already high between the countries of Honduras and El Salvador in the late 1960’s and not just because of an argument over who was harder to locate on a map. Immigration, job stealing and a whole bunch of tough issues got the countries sparring with each other. What could ease this tension? Enter “the beautiful game”. 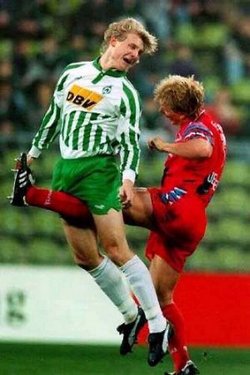 The qualifying games for the 1970 World Cup in Mexico were occurring during late June of 1969. Naturally, the Central American enemies had to face off for a spot on the big stage. After Honduras won on home turf, the next game went to the Salvadoran capitol, where the series got all tied up. Since the people of these countries wisely decided to place their sense of worth on soccer results, things got a little “riot-y”. Unfortunately, since their news media were staffed with complete douchebags, they got a little “make things up-y” and suddenly there were accusations of genocide. What followed would be known as the 100 Hours War or “Football War”.

You heard the soothing British narrator. Just like shooting an unimportant duke can lead to all kinds of problems, a friendly match was able to ignite a powerkeg of Latino fury.