We don’t actually get most of our drugs from labs, believe it or not. No, we get most of our drugs from the natural world, namely plants. And most of those drugs have actually evolved not because of some higher being who wants us to get wasted, or improve the flavor of our food, but because they can really mess up the day of anything that isn’t a human dumb enough to eat them.

WeirdWorm would like to take this moment to remind you that (some) drugs are bad. Drugs are very, very bad (sometimes). You should avoid doing drugs as much as possible (usually). Some drugs have fatal side effects, but all drugs are inherently funny, which is why we’re focusing on them so much. 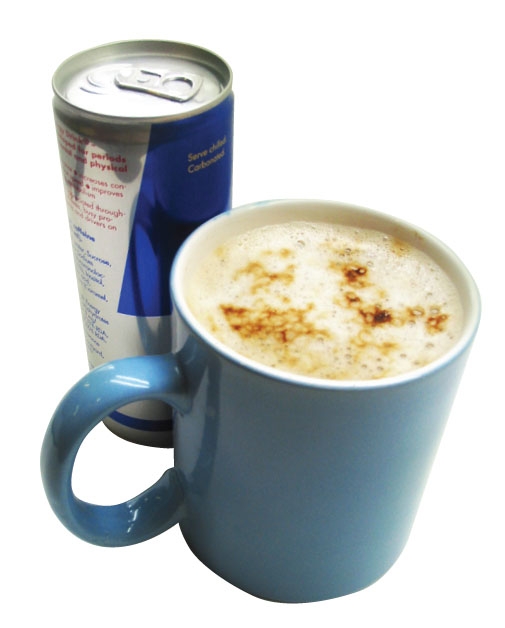 Caffeine is, of course, a wonderful drug that most of the world is addicted to. Yes, as in a drug; caffeine is a psychoactive substance, which is why it works so well in the first place. Oh, sure, people can claim that it’s harmless, but make no mistake: if you’re grouchy before you have your first cup of coffee, everybody hates you. Also, you’re addicted to caffeine.

We’ve all been caffeine addicts since the Stone Age: we started out chewing the bark and leaves of caffeinated trees, then we figured out we could get more caffeine if we steeped it in hot water, and right now we’re trying to figure out how to cram more of the crap into a tiny little bottle for “natural energy.” However, the entire idea of caffeine wasn’t to give us a lot of pep so we can keep harvesting cuddly plants. The idea was to kill insects.

Caffeine’s great for us, but if you’re an insect, it’s bad, bad news. When insects consume caffeine, it first paralyzes them, and then kills them. Furthermore, it’s lousy for plants trying to germinate, so caffeine is often found in the soil around caffeine-bearing plants.

Unfortunately, it takes a lot of caffeine to kill a human being. But we’re sure a product will be on the market doing just that shortly. 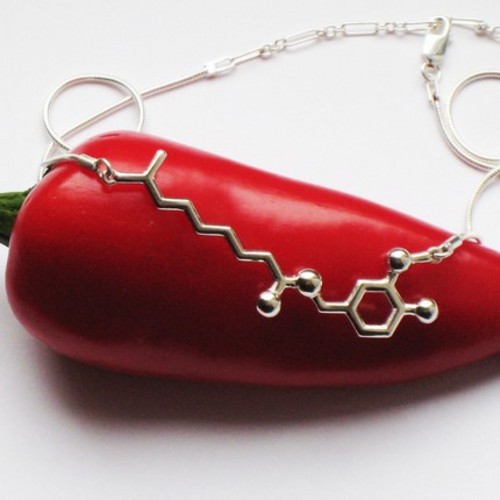 Ever wonder what that burning sensation is? No, above the waist. It’s probably capsaicin. Whether it’s fresh from the pepper, served to us in a tasty dish, or sprayed in our eyes over a minor misunderstanding involving a restraining order, capsaicin is probably one of the most common chemicals that comes from a plant.

And like all burning sensations, the idea originally was to communicate something bad and unpleasant. Most capsaicin comes from chili peppers, which developed it as a defensive measure against herbivores. The most of the chemical comes from the white pith near the seeds, not the seeds themselves, which is why most people de-seed chili peppers. You know, because they’re huge wusses.

Unfortunately for the chili peppers, capsaicin isn’t just tasty, it can be pleasurable and even trigger euphoric effects. Yes, you can get stoned off of chili peppers. It’s also used in various creams and ointment, and can even be used as a painkiller. It might even help kill prostate cancer cells and help cure diabetes. 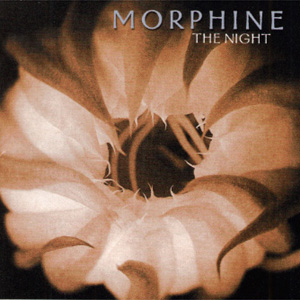 Everybody knows Morphine. They’re a great band, combining jazz and…oh, wait, you meant the chemical morphine! OK, we can roll with too.

Morphine is, of course, the standard painkiller you take when you can’t take the pain any more. In its various forms, it has been popular for centuries as the cause of and solution to all of life’s problems, despite alcohol struggling mightily for the title. It’s powerful, it’s unique, it’s dirt cheap, everybody loves morphine. Especially the guy in the fridge box down the street.

But morphine, as you might have guessed, was originally around to put insects in their place. If a little morphine can knock humans for a loop, you get one guess what it does to anything dumb enough to snack on too much of it. Surprisingly, poppies don’t enjoy much of a reputation among herbivores, who you’d think would at least want to get a little wasted considering their entire existence is to serve as snack food for predators. We’d be munching on that stuff all the time if we were cows.