No matter where you go in the world, people love sports. Every part of the world has a particular sport of choice. If you’re Canadian, hockey is your thing. If you’re American, you probably love football. If you’re European, odds you’re a football (the other football) fanatic. But not all sports are so basic or enjoy such mainstream success. There are other, fringe sports that range from the eccentric to the utterly bizarre.

Water polo is slowly becoming more well-known and now appears at the Olympics, but for those not familiar with it, it is roughly analogous to an aquatic game of soccer and focuses on teams of swimmers trying to smack a floating ball into the enemy team’s net.

Seems fairly ordinary so far, until you realize that water polo is actually an incredibly violent and brutal sport. It’s full contact, and players are not able to wear any protective gear because it would weigh them down in the water. The end result is a great deal of injuries resulting from ball impacts, elbows, kicks, and pretty much every other form of blunt force trauma a human can inflict on another.

Grabbing other players is also common practice – so much so, in fact, that many players wear multiple swimsuits because they’re so often torn off. Considering that last part, one can’t help but wonder why women’s water polo isn’t more popular.

This is not to say that water polo is entirely savage. It does have a number of rules designed to protect players, but in such a frenzied environment, no one can ever be fully safe, and it’s not uncommon for players to attack each other under the water to avoid detection by the referee. 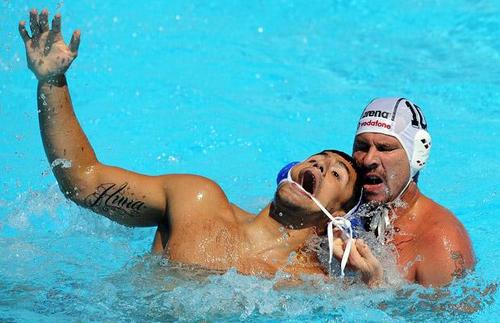 Water polo is always played indoors so sharks don’t smell the blood in the water.

The last few decades have seen an explosion in the popularity of video games. What was once a minor diversion at dedicated arcades has become a major entertainment medium to rival television and movies. Some have even made a lifestyle of gaming, and that brings us to the subject of E-sports.

“e-sports” is the term for professional video gaming. Yeah, that’s right. People get paid to play video games. But in case you’re planning on striking it rich by televising your buddies’ Nintendo matches, keep in mind that not everyone can be an E-sports star. Aside from being incredibly skilled, one must also play the right game. Not all games are accepted as E-sports; they must be fast-paced, exciting to watch, and designed with enough balance in game mechanics that player skill is the only determining factor in victory.

E-sports have arguably seen the most success with the real time strategy Starcraft franchise, which has developed an almost religious passion in southeast Asia. One can achieve rockstar status in South Korea simply by being a master of the Zerg rush or four warpgate push – those are real strategies, by the way; look them up.

So the next time someone tells you you’re wasting time gaming, just tell them you’re training for a career in E-sports. 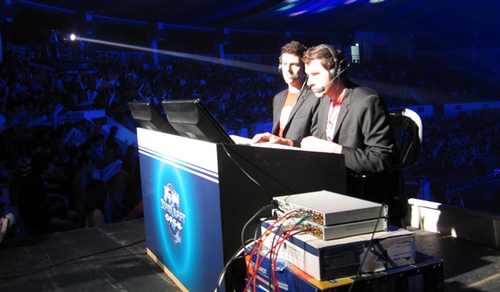 You know you’re a real sport when you have commentators.

When you think of odd things, caber toss is something that could easily be top of the list, even if you weren’t limiting yourself to odd sports. A traditional Scottish sport, it involves large men in kilts picking up giant logs (called cabers) and hurling them end over end. Seriously.

Contrary to popular belief, the goal is not to throw the caber as far as possible but to do so as accurately as possible: ideally, the caber should face directly away from the man who tossed it.

Supposedly, this sport originates from the practice of throwing logs over chasms to form makeshift bridges, but when viewing the sport, it’s hard to imagine it coming from anything but a drunken bet made during a dull highland winter. “Say, Angus, I bet ya can’t throw that log over thar, ya bugger.” 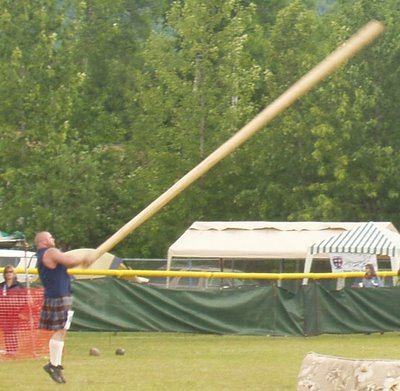 If you’ve read the Harry Potter novels or watched the movies (and if you’re reading this, you probably have, since internet access is hard to come by when you live under a rock), you’re familiar with quidditch, the exciting aerial sport played by wizards in the Harry Potter universe. What you might not be aware of is the fact some particularly devout Potter fans have taken up playing the sport for real.

Potter author J.K. Rowling provided very detailed descriptions of the rules of quidditch in her books, so in that sense, it’s not too hard to adapt to real life, but there is one major obstacle facing players of muggle quidditch: magic isn’t real.

But you have to hand it to muggle quidditch players; they don’t let piddling details like the complete impossibility of flying brooms and enchanted balls with minds of their own slow them down. They’ve simply adapted the game for the real world. Players still ride brooms, though this provides no advantage since these brooms don’t fly, and instead of the balls flying under their own power, players have to settle for carrying and throwing them the old fashioned way.

The only thing stranger than the fact muddle quidditch exists is how popular it is. Despite being only a few years old, it’s already had multiple major competitions and even and international world cup. Whether the spectators at these events are laughing with the players or at them is still a subject of some debate. 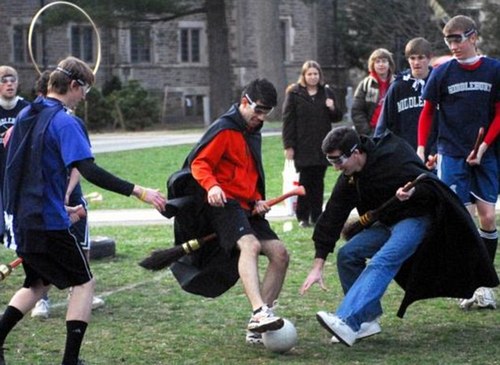 It can also be a dangerous sport; players risk severe crotch splinters and irreparable damage to their reputations.

Yes, this really does exist. There are many competitions year-round looking for the person who can scarf the most hotdogs, pies, or pizzas in as little time as possible. Presumably one is disqualified if one vomits before the competition concludes, but to be honest, we were afraid to look up the rules for these things.

There are many questions raised by competitive eating. Why would someone abuse their body this way? Who would watch such a horror show? Who came up with this madness? How can anyone eat that many hotdogs?

None of these are likely to ever be answered, but one thing is for sure: nothing can better summarize the decadence of modern culture better than this Caligulan monstrosity of a sport. There are parts of the world where people are starving to death, and meanwhile we’re cheering on a skinny Japanese guy literally shoving hotdogs down his throat.

And it’s actually treated as a legitimate sport. It has sponsors and TV coverage. The participants can win good money if they eat the most pies.

There are some things in this world that will simply never make sense. 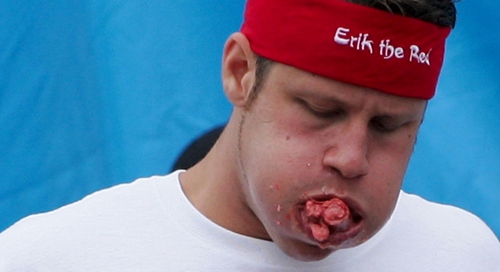 Ironically, there’s nothing quite like watching competitive eating to put you off your appetite.