America has long been a storied place of opportunity, where the poor and downtrodden could flip off the monarchs or dictators of their homeland and get a new start on their lives. Multitudes have come and prospered, and a small number created great fortunes. Some made so much that they ran out of space in the garage for another car and decided, what the heck, why not give some money away. As easily as a dog marking the trees in the neighborhood, philanthropists could attach their names to universities, foundations and charities.

But like the rest of society, not every one of these philanthropists were honest and hardworking. Several made their money by cheating people, abusing workers, destroying those in their path and working with criminals and dictators.

So next time you watch Sesame Street or PBS with your kids, remember that it’s brought to you, in part, by the crimes against society and humanity (though it does keep the pledge drive to a minimum).

William Randolph Hearst grew up in a moderately affluent family that made its money from gold and oil. After being expelled from Harvard for sending his professor chamber pots in the mail, Hearst’s father gave him what any spoiled brat deserved: his own business. Hearst was given control of the San Francisco Examiner and proceeded to spend $1 million a year to trick it out. He turned from normal news to stories about crime, tragic deaths and sensational stories, usually in the form of tacky, pedestrian numbered lists.

His peddling of dumb news paid off and in 1895, looking for a new challenge, decided to challenge Joseph Pulitzer, the owner of the New York World. He bought the New York Morning Herald and staffed it by buying out Pulitzer’s entire Sunday edition staff. From there a press war for circulation started that would bring about some of the most sensational and low forms of journalism, provoke a war in Cuba and give Rupert Murdoch a model to build Fox News after. 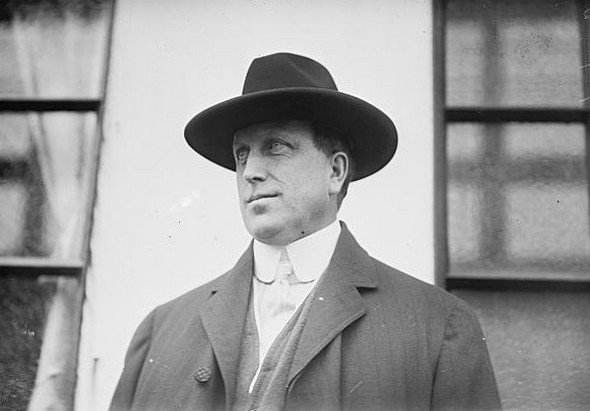 Apparently the Amish were a lot more ruthless back then.

The race for circulation went beyond simply reporting the most graphic news of the day. In order to best his competitors Hearst started to create the news. When tensions ran high between Cuba and Spain in 1898 over Cuba’s fight for independence, the United States sent the USS Maine to protect American interests. On February 15, 1898 the Maine sank after an explosion, killing 266 men on board. While the cause was unknown, it was blamed on a mine set by the Spanish.

Before a full inquiry could even be made, Hearst was readying his presses to report for a war. Hearst sent reporter Richard Harding Davis and Artist Frederick Remington to document atrocities. When they found no war going on, he telegrammed: “You supply the pictures, I’ll supply the war”.

The war would result in 2,466 American casualties and the introduction of the Platt Amendment , giving the United State free reign to interfere in Cuba’s national affairs. Anger at US tampering led to resentment that came to a head with Fidel Castro’s communist revolution.

The war also gave the United States control of the Philippines, resulting in the uprising of the locals Filipinos, starting the Philippine War costing 4,196 American lives.

Hearst was the model to the titular character in Citizen Kane, often voted the best film of all time. Hearst was angered by the negative portrayal and the famous line “Rosebud”, the name he gave to his mistress’ clitoris. He used his newspapers to attack the film and an associate at MGM offered to buy the film from $1 million and destroy it. Hearst managed to destroy Welles career, but Citizen Kane would go on as the film that defined public perception of Hearst.

Andrew Carnegie is a Horatio Alger story brought to life. He immigrated to America as a boy and got a job making $2.50 a week as a telegraph messenger boy at a Telegraph office. He worked his way up, landing a job in a railroad and investing money in stocks. He accumulated massive wealth and used it to start his own steel company. He used innovative steel making techniques that made more and better steel at a cheaper price, which provided a strong basis for the Industrial Revolution.

He was a largely self taught individual who benefited from access to the private libraries of elite men. He used his fortune to open public libraries across the country and to fund other charitable activities. 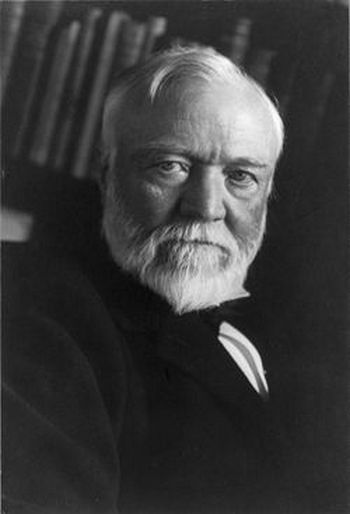 If you’re going to kill some workers, just remember to buy books for people.

Andrew Carnegie was facing down a potential strike from his workers at his main steel making plant in Homestead, Pennsylvania. His response was to take a vacation to Scotland and leave the problem to his anti-union business partner Henry Clay Frick.

The union was demanding a pay raise in line with the company’s increase in profits. Frick responded by shutting them out. When the workers organized a strike and blocked strike breakers from getting into the factory, Frick attempted to land Pinkerton Men at the factory. A fight broke out, resulting in three dead Pinkerton men and nine dead workers.

The strike was broken when the Pennsylvania state militia was sent in to escort immigrant strike breakers into the factory. Several strikers relented and went back to work at lower wages while strike organizers were blacklisted.

J.P. Morgan was one of the most powerful bankers in the late 19th and early 20th century. He grew up in a banking family and used the connections to form J.P. Morgan & Co. He built connection with other banks, creating a power house that worked to change the face of industrial America through handling mergers and development of the world’s largest companies. He used his wealth to establish libraries, hospitals and schools. 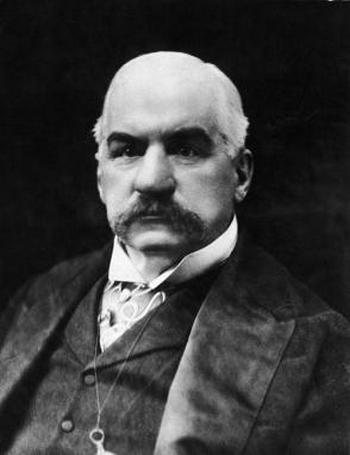 No relation to Sean Connery.

J.P. Morgan used his connections to get himself and allies on boards of the largest companies. This led to his ability to form monopolies with Andrew Carnegie, John D. Rockefeller and other robber barons of the age. He effectively shut down all competition, raised prices and controlled large segments of the economy. He also encouraged a culture of monopolies that would lead to several financial crises. By his outsized influence he could make or break an economy and the jobs and savings of millions of people.

As written by future Supreme Court Justice Louis Brandeis in his essay Other People’s Money and How the Bankers Use It, an attempt to corner to copper market by speculators led to Morgan’s house of cards coming down in 1907. Unlike today, when the government bails out corporations, there was no Federal Reserve and Morgan had to put up his own money and that of other large New York bankers in order to keep the economy from collapsing entirely.