Home Home Five Creepy Religious Sites From Around the World

Whether you’re an atheist or a believer, you’ll probably agree that many religions (like everyone elses) have a creepy side. There’s the unintentionally scary church artwork, terrifying elderly Sunday school teachers, and the wide range of truly weird funeral customs. But no matter how bizarre or frightening your local place of worship, here are some religious sites around the globe that will make it look like Disneyland by comparison.

What do you do when you have a bunch of beheaded martyr’s corpses that just would have been sitting around anyway? You build them into a church. 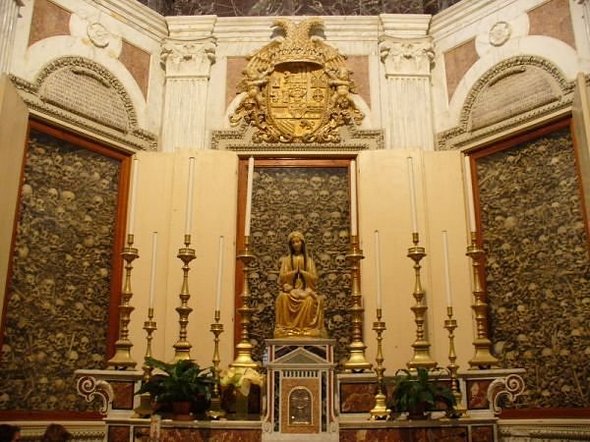 Wow! Look at those plants!

In 1480, Ottoman troops attacked and conquered the fine seaside city of Ortranto. The conquerors took eight hundred of the inhabitants out to a hill and told them to convert to Islam. They refused, and were beheaded. The hill became known as the Hill of Martyrs, and the remains of the pious citizens who wouldn’t give up their Catholic faith were, uh, built into a display behind the altar of a church. We guess that’s just how they did things back then. 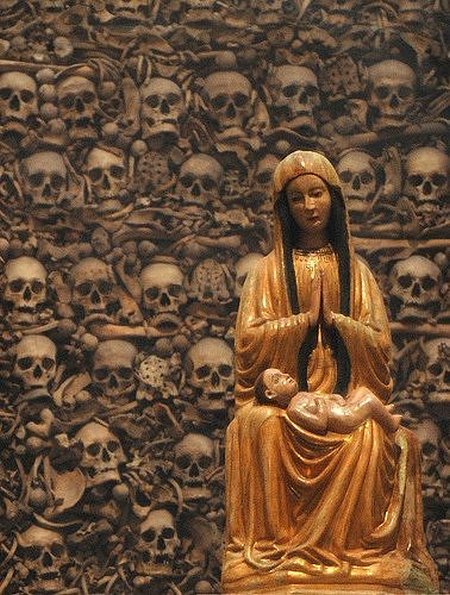 Nothing says God’s love like a baby. And… skulls.

We’re all fine with honoring the people that died for their religion this way. But really, what kind of usable church would this be? You’d be sitting there, listening to the priest give his homily and announce this week’s parish schedule, and all you would be doing is glancing over at the piles upon piles of skeletons, hoping they don’t come back to life and go all Jason and the Argonauts on you.

On a whole, Catholic countries like Italy are good at dominating the ‘creepy religion’ market, but if there’s one region that definitely gives them a run for their money, it’s Japan. As any fan of J-horror knows, the Japanese are really good at making things eerie. Take, for example, the ‘monster mummies’ found in various Buddhist temples in Japan: 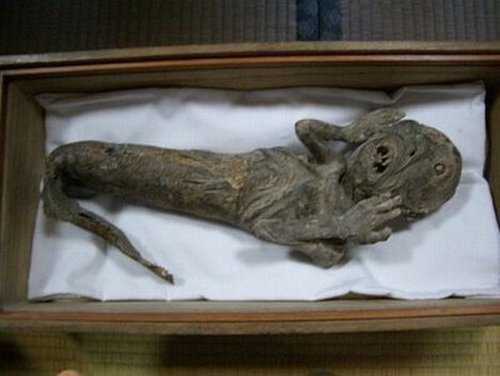 Who you gonna call?

These ‘mummified demons’ are almost certainly all fakes, usually being made from the mummified remains of several other creatures. Still, it doesn’t stop them being creepy as all hell. 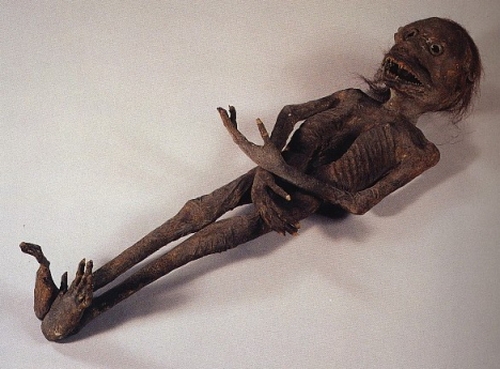 The baby in Eraserhead never got his growth spurt.

You might ask what exactly the corpses of demons are doing inside religious temples in Japan. Isn’t that a bit like a church displaying Satan’s pitchfork or his jacket or something? Well, demons (oni) in Japanese religion aren’t always that evil, just mischievous. The oni above, a kappa, could certainly cause trouble, often killing horses and kidnapping children. But he could also be befriended and even tricked into serving you for all eternity. Maybe that’s what happened to the poor mummified dude above.

These demon corpses can be found all over Japan, and even in some foreign museums. But this guy, a ‘three-faced demon’ who we think is the creepiest… 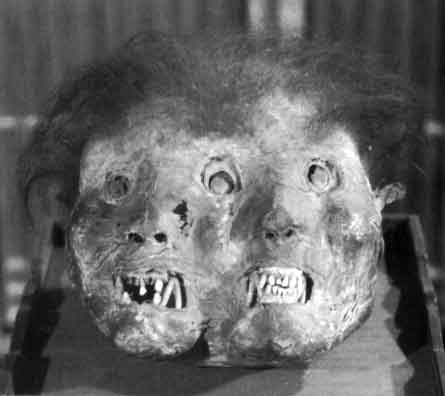 I’m counting one and a half faces. Two tops.

…can be found at Zengyouji Temple, in Kanazawa. Next time you’re in the area, ask for directions to the mummified-three-faced-demon temple. Hopefully there’s only one of them in town, but this being Japan and all, you can’t be sure.

These mummies are also found in Tibet, but the real creepiness is once again found in Japan, which as a nation just seems to be good at this kind of thing. The grand dragon of your nightmares.

What makes Japan’s mummies extra creepy is that they weren’t just mummified; they actually mummified themselves. First they started themselves on a near-starvation diet, presumably so they’d get used to looking like a mummy. Then they slowly poisoned themselves by drinking a special type of tea. Finally they were put inside of a box or room, where they rang a bell every day to prove they were still alive. If they didn’t ring the bell, their tomb was sealed. 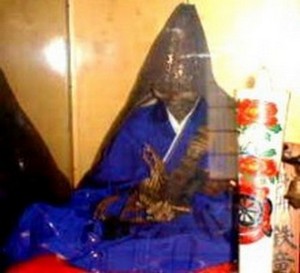 I’d kill myself for a cup of coffee! Ah! I kid! Mummy humor.

Not everyone who did this actually became a mummy, but the ones who did were venerated and displayed. Yamagata in Japan is home to many of these mummies. You can see the guy in the picture above at Nangakuji temple in Yamagata, which for whatever reason is something of an epicenter for mummified monks.