In our previous article, we covered the terrible ways people speak on the internet, but language isn’t the only thing to suffer with the popularization of the web. Good manners, honesty, and basic human decency are also casualties of the cyber age. In this article we will cover the types of people on the internet who are not only horrible speakers, but also just plain horrible.

This type is most commonly found in online games, though it can occasionally take the form of know-it-alls in other venues. They’ve played every class and role and know everything there is to know about everything (at least in their own minds), and they aren’t shy about letting you know it.

They will take every opportunity to “advise” you and critique every single move you make. And should you be found wanting in the eyes of these mighty beings, they will be ruthless in chastising you for your grievous errors.

Elitists can be infuriating, especially since no argument you can make will ever dissuade them from their utter conviction in their own superior knowledge and ability. But we can take some comfort in the fact that anyone who puts this much weight in a virtual world is almost certainly an utter failure in the real world. So smile as you realize the player railing against you for your minor errors is almost certainly 400 pounds and has not had physical contact with the opposite sex since the Clinton administration. 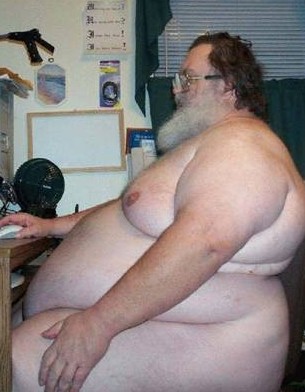 The guy who just killed you with one swing of his pixilated sword? We’re pretty sure we found him.

The anonymity of the internet allows people to give free reign to the nastiest aspects of their personality and unfortunately, in some cases, this means their bigotry and intolerance. This takes many forms, from the casual homophobia of gamers and other young types (“lol, that’s so gay”), to rampant, vicious racism and intolerance: those who claim that all Muslims are terrorists or that lesbians should be subjected to “corrective” rape.

These people are truly disgusting and sometimes even a little frightening, but we can take some comfort in the fact that, even in the cesspool that is much of the internet, their attitudes are rarely tolerated. They are a dying breed in today’s global village, and even many of the internet’s greatest douchebags will happily tell such troglodytes to “STFU” and “GTFO.”

This type often includes elements of our next type… 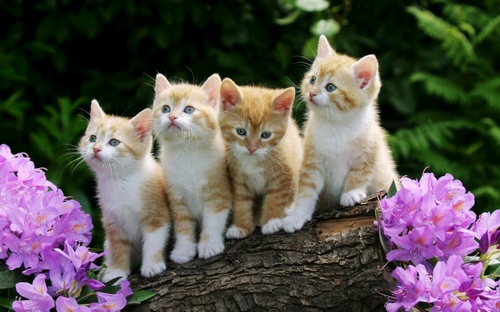 It’s very difficult to put a fun spin on bigotry so… kittens!

Did you know that 9/11 was really planned by the CIA? That the Moon landing was filmed in a basement in New Jersey? That global warming is a myth perpetrated by nuclear power corporations, Al Gore, and air conditioner manufacturers? That Barack Obama is really the secret lovechild of Osama bin Laden and a Martian woman named Gleebtok? You should, because all of these are well-established facts—at least according to the internet.

Of course, there have always been conspiracy theorists, but the internet has made it that much easier for them to interact and spread their “theories.” They range from the complete odd-balls who firmly believe the FBI makes frequent use of time-travel to even people who frequent fan sites who are convinced the producers of their favorite TV series/video game/movie franchise are secretly out to ruin their favorite story arc/class/character.

There’s no reasoning with these people. They take any evidence that contradicts their ideas as either ignorance on your part or further proof of the cover up. On the plus side, their theories can provide great comedic value if you don’t make the mistake of challenging their wacky beliefs. 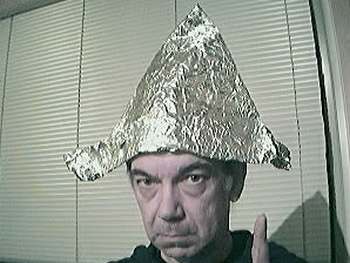 Because really, the idea that a giant plane slamming into a building at insane speeds and exploding with gallons of super-heated jet fuel could be that destructive is just preposterous.

The internet is notorious for its lack of accountability. Often the only source of information people have on you is what you give them. This has led to an epidemic of people editing the truth online so as to appear more impressive than they actually are.

We are of the belief that nearly everyone has been guilty of this at one time or another, even if it’s just neglecting to Tweet that really embarrassing screw-up you had at work, but some people take it to an entirely different level and leave the truth in the dust in the pursuit of their own self-aggrandizement.

While also often qualifying as an elitist type, these people will tell you all about their great past accomplishments—be it at work, in their personal life, or in a video game—but then conveniently forget to provide any proof. This is probably at least partly responsible for the “Pictures or it didn’t happen” meme we’ve all become familiar with.

The good news about this type is that most of them are really terrible at it. They make outlandish claims and then disappear when asked for proof. They post pictures of their “girlfriend” that you remember from the last issue of Maxim. With a healthy dose of skepticism, they are easy to spot and easy to ignore. 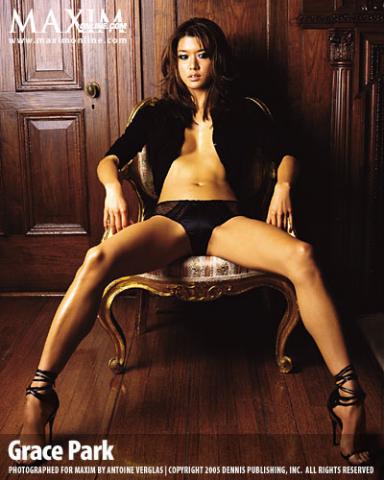 The term “troll” is thrown around far too much on the internet these days, with many people using it to describe anyone who states an opinion they disagree with. But a troll is something far more sinister, a malicious force that seeks only to cause trouble and conflict. True trolls are the scourge of the internet.

Trolls seek only to cause trouble and start flame wars. They will make the most vile, offensive, or divisive statements imaginable just to see people’s reactions. On the positive side, they usually don’t believe in the horrible things they say, but that doesn’t make them any easier to tolerate.

It’s impossible to understand what motivates trolls. Maybe they just never grew out of being the kid that will knock over another kid’s toys just to get attention. Certainly they never grew out of something, as they are the most childish type of people in a medium choking in its own childishness.

The solution to trolling is simple but not easy. Trolls seek attention above all else, so if you ignore them, their efforts are wasted. Nothing makes a troll angrier than when you don’t get angry. So no matter how offended you are by the proverbial feces they fling at you, just stay polite and laugh to yourself as they rage harder and harder at your failure to sink to their level. 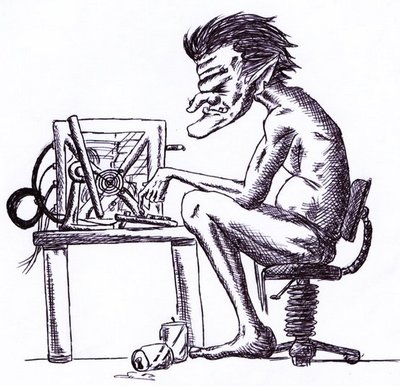 This is our artists’ conception of such people. Because trolls are almost never seen abroad in daylight, photos are hard to come by.