From “Gladiator” to “Pirates of the Caribbean,” cinema is obsessed with the idea of a time before guns, when you were required to kill your enemy face to face with a large and sharp piece of metal. Everyone has imagined at some point that they were a knight or a pirate or Duncan MacLeod, chopping through waves of baddies and coming away from battle blood soaked and looking totally awesome. 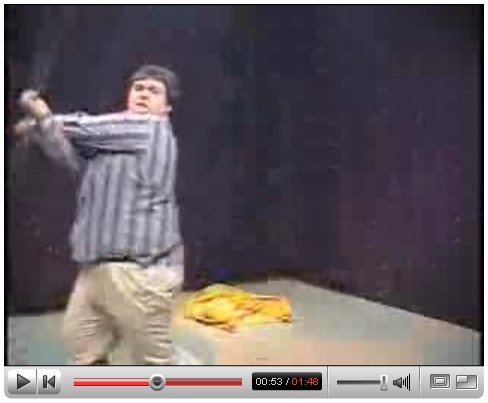 Some pretend better than others.

However, this popular genre has led to people getting the wrong idea about how a real sword fight actually went down, and spouting off these misconceptions as fact. For example….

You remember Mel Gibson’s massive broadsword from “Braveheart,” the one that he used to ruin the days and faces of many, many Englishmen? People came away from that movie thinking that that bastard had to weigh a ton, considering the effort that big Scotsman had to make to throw it at the end of the movie. It’s hardly a new idea though. Fencing manuals as far back as 1746 described the greatsword as being “enormous length and breadth, heavy and unwieldy, design’d only for right down chopping by the Force of a strong Arm.” They have fallen into the trap of, “if it looks heavy, then it must be heavy.” 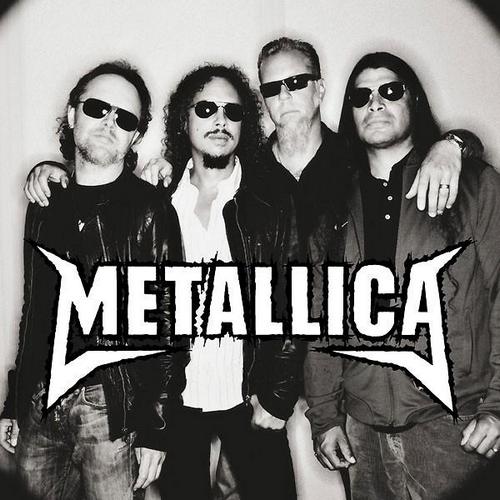 Heavy? I think not.

Why it is bullshit:

A lot of people throw the number “forty pounds” around like they don’t realize just how heavy that is. The Man Dude system of measurement places forty pounds just in between “What do you mean I have to pick up this tubby cat?” and “Forget it. I don’t need it that badly anyway.” To put it in some perspective, the average baseball bat weighs about 2 pounds. Could you imagine Alex Rodriguez or Albert Pujols trying to play with a forty pound bat? They wouldn’t be able to get it off the ground, let alone be able to swing it around fast enough to hit the ball. 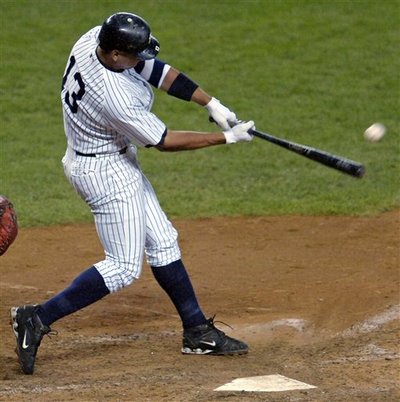 All the Steroids in the world won’t help him there.

If that analogy sailed over your head (because you’re a Communist,) we’ll instead baffle you with some mathematical equations. Swords were made of carbon steel, which has a known density of roughly 0.284 pounds per cubic inch. If we know how much weight we have (in this case “40” pounds), we can figure out how many cubic inches the object would have:

This means our steel sword is 48 inches long, 2 inches wide and 1.47 inches thick along its entire length.

Go on and try cutting something in half with a sword that is an inch and a half thick, you’re going to bash it to smithereens first. In reality, even the biggest swords weighed less than ten pounds. They were a meat cleaving weapon that wasn’t used in fancy sword fights, and they were used by huge dudes because an average sized guy handling a sword as big as he was just wasn’t going to work, but they weren’t that heavy. Hell, even you could have picked it up with no problem. Yes, we’re talking to you, flabby.

This is used so often in swordfighting movies that it’s practically a cliché: two dudes, smashing at each other with their blades, hitting edge on edge in a shower of sparks. It’s such a cliché that production studios actually have electrical machines designed to shoot sparks out when swords clash.

In addition, have you ever noticed that even after a long day of edge on edge, that the sword of a protagonist is pristine? There are no nicks or scratches on the blade, and a sword owned by a hero will never break, unless it can be turned into a crucial plot point. 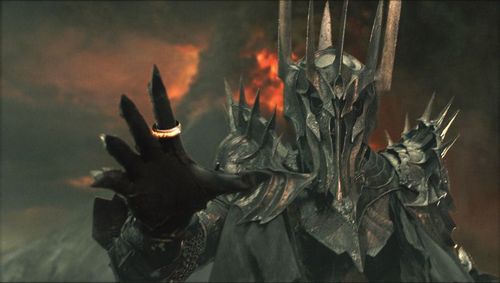 And even broken swords can still ruin the days of certain Dark Lords.

A sword never has to be replaced, never has to be sharpened, sometimes even the blood just vanishes from the blade without so much as a wet rag. No wonder people are under the mistaken impression that a sword is an invincible weapon. However, a sword is not infallible, swords broke all the time in battle, they wore out, they needed to be replaced. They also had a nasty tendency to rust if left out in the elements . Sword masters taught their students to avoid edge on edge fighting if at all possible, for the same reason your first car was not a brand new Mercedes: if you abused it more than a few times, it would leave it with more nicks and scratches than a Dumpster in a New York alley.

You see this in old timey movies starring Clark Gable and Errol Flynn, when sword fights were all fought with Renaissance era rapiers. Before two gentlemen in powdered wigs and tight stockings would try to run each other through, they grasped the tip of their weapon with their finger, and pulled back on it until it was bent. They held it like that, then let go and it sprung back to its original shape like a stretched out Slinky. The purpose of this? Supposedly to demonstrate the sword’s flexibility. In actuality, all it did was show the stupidity of the owner.

Even if this guy wasn’t trying to snap his shaft in half, he’d still look retarded.

You may or may not have heard of metal fatigue, but all of you have experienced it at some point. It’s what happens when you bend a paper clip back and forth repeatedly until it snaps in half. You’re stressing the metal to its breaking point, and for what? To show the world how flexible the sword is? Think about that statement. Do you really want an object that’s designed to punch holes in your enemy’s face to be flexible? Needless to say, this is a total myth.