Ears are complicated organs that have the ability to process sounds and identify them even if we don’t see the object. Our ears can recognize sounds, how close or far the object is, and where it’s coming from. That’s mainly because of the way our ears convert sound waves into nerve impulses that are sent to the brain. We all know that our ears are responsible for hearing, but there are many things about hearing we still don’t know about.

Before we learn some facts about hearing, it’s important to know what sound is. According to physics,it is produced as a wave, and that wave turns into a vibration that moves through the middle ear until it arrives at the eardrum. When an object sends waves, it automatically vibrates the surrounding molecules in the air, which initiates a chain reaction that vibrates through the middle ear and the eardrum.

Here are Some Facts about Hearing

While we’re sleeping, we’re not aware of the sounds around us, but that doesn’t mean that our ears are not working. You can hear everything around you even while you’re asleep, but you’re not conscious of them. That’s why some sounds can wake you up.

Although each sound has universal properties, each person perceives them differently. Based on the blog post, “What is Sound” from PASCO, there are many types of sounds — audible, inaudible, unpleasant, pleasant, soft, loud, noise and music; and each type has a different effect on people. For example, some people enjoy loud music and find it pleasant, while others may perceive it as unpleasant and noisy.

3. The External Ear Works as a Megaphone

5. Inner Ear Does More than Hearing

Just like a set of stereo speakers, your ears communicate with each other to determine where a sound is coming from, the left side or the right side. Whatever sound you hear is not two independent streams of sound, but rather a full stream surrounding you. That’s because one of the properties of hearing is that it’s binaural.

Because the ear is a complicated organ and has many bones and parts that work together, many things could affect it. Many people can experience hearing problems, but each one of them for a different reason. A problem in the middle or outer ear means that the transfer of sound from the middle or outer ear to the inner ear is not functioning properly, which causes them to seem not loud enough. This could be caused by a blockage of wax in the ear.

The outer and middle ear could be working fine, but the transfer of sound from the inner ear to the brain is not working as it should. This could be caused because of damage to the hair cells inside the ear, the auditory nerve is damaged, or the path to the brain has a defect.

8. You Might Experience Hearing Loss as You Get Older

Many people think that hearing loss is only possible for babies and elders. However, a person could experience loss of hearing as they get older because one or more of their ear bones doesn’t function properly. As an adult, exposing your ears to loud noises could affect your hearing.  Blue Angels Hearing is one of the companies that offer affordable rechargeable hearing aids for age-related hearing loss.

9. Our Brains Choose What We Hear

If you’re surrounded by many people that don’t speak your language who are talking at the same time, you will only hear a general noise. However, if one of them is talking in a familiar language, you’ll be able to hear that one person even if the others are loud. That’s because our brains react differently when they hear the understandable language, allowing you to hear that sound clearly. The brain will immediately pay attention to it and turn it into words so you can understand what’s being said.

10. Some People can Hear Better Than Others

How well one can hear depends on how efficient their cells are working. One person could hear better than another person, but the difference is not major. However, some studies proved that blind people developed their listening skills and could outperform a sighted person when it comes to locating where the sound is coming from and what object is causing it.

11. Not all Creatures Hear with Their Ears

The ear is a complicated yet important and delicate organ. There are many sensitive bones, hair cells, and tissues that could be easily damaged or infected.  That’s why it’s essential that we take care of it, especially as we get older. Try to avoid exposing your ears to loud noise because exposure to excessive noises causes hearing loss. Sounds about 60 dB cause no risk to the human ear, but over 85dB, such as the sound of motorcycles, gunfire, or fireworks could put your hearing at risk. 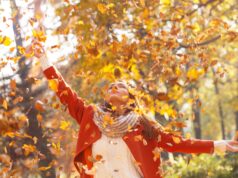