While most people in the US take airbag presence in a used car for granted based on the inscriptions in the cabin, there are no guarantees that this safety option will not fail during an accident.

The experienced mechanics from the Indy Auto Man dealership warn that a car could be rebuilt, even if it does not have an official designation in the title. Read about branded titles here.

A dishonest seller could install plugs to get more money for a car while not investing in restoration. The security system identifies the plug as an airbag and does not generate an error. At the same time, the SRS electronic unit that controls the security system can also be reflashed, and CrashData errors removed.

Fortunately, there are several ways to determine if the airbags are present and if the car’s security system is active.

Briefly About the Types of Airbags

Airbags, depending on the location, are as follows:

To sum up – the higher the class of the car, the more airbags are provided in it.

1. How Many Airbags Are in Your Car?

The easiest way to determine the number of airbags is to check the AirBag or SRS AirBag lettering in the cabin. These can be embossed on plastic interior elements or inscriptions on fabric labels sewn into the backs of the seats.

The inscriptions are most often located on the dashboard, steering wheel cover, side pillars, and at the bottom of the dashboard. As for the stripes, most manufacturers install them on the side of the seats.

The other way is to see the number of airbags provided in the technical documentation.

However, these tips work only with a new car. While in a used one, it is often impossible to determine the security system condition and the physical presence of airbags. For example, when the entire cabin was removed after an accident. Or the plugs are installed in the steering wheel so masterfully that it is impossible to distinguish.

2. How to Determine Whether an Airbag In a Used Car is OK?

Like with a new car, it is worth starting with a visual inspection, paying attention to the following signs:

3. Is It Safe to Install Covers on a Seat with an Airbag?

Manufacturers do not recommend wearing seat covers. They explain that they may interfere with the accurate and effective operation of the airbags. And the minimum obstacle can be decisive in the event of an accident, since the airbag may open partially or not in the planned direction.

4. How the Side Airbag Works

At the time of the accident, when the safety sensor is triggered and the squib explodes and inflates the pillow, and the side seam of the seat is torn. The airbag opens to protect the driver and passenger from hitting the glass and pillars.

Like any other device, there are also defective airbags. Since 2004, the case of the most famous airbag manufacturer Takata has been solved.

In this regard, the US National Highway Traffic Safety Administration ordered Ford Motors to recall 3 million vehicles due to defective Takata airbags installed in them. Toyota has recalled 2.9 million vehicles due to a similar threat. A similar decision was made by Subaru and Mitsubishi, recalling 240,000 items. Next, Honda and Toyota decided to recall 6 million vehicles with Takata safety bags. The reason was that the SRS did not open well, burst, and even shot at the passengers with pieces of metal from defective squibs.

In 2015, Takata pleaded guilty to manufacturing defective airbags that killed at least 17 people and injured 180 others.

6. Hidden Injuries After an Accident

Airbags save many lives, but they can also cause damage to the heart, lungs, arteries, and even death, especially if the driver and passengers do not use seat belts. Moreover, people may not have external injuries, and signs of heart trauma, including severe ones, may appear after the accident.

These conclusions were made by American researchers from the Medical Research Center of the University of Tennessee, Memphis, USA. They analyzed reviews, prospective studies, and clinical case reports over 40 years.

7. How to Find Out Whether Airbags in a Car Are Safe?

When buying a used car in Indianapolis, one should not leave things to chance but come for professional diagnostics at the service center. The qualified mechanics will check the physical presence of airbags, and the entire system, and detect errors using special software. But in general, it is always better to buy from a reliable used car dealer, to make sure a car went through the pre-sale inspection and has no safety issues to worry about. 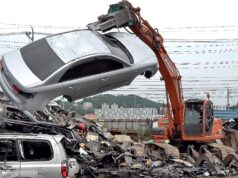 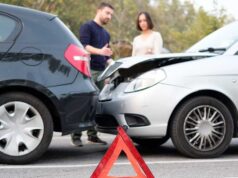 Have You Been in a Car Accident? How a Lawyer Can Help You 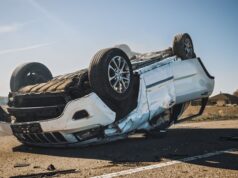 5 Causes and Prevention of Vehicle Rollovers