There are few literary characters whose names have become staples of their respective genres. Sherlock Holmes is the detective by which all others are measured. Dracula is the undisputed king of the Vampire genre. And Jay Gatsby is a character who defines the great American classics.

In the realms of fantasy fiction, many people often look to Gandalf or John Snow as the most memorable characters. But there is one name that has stood the test of time that is beloved by millions to this day. Conan the Barbarian.

Created by Robert E. Howard in 1931, Conan first appeared as a side character in a short story. Over the years he would go on to headline his own franchise. Short stories, novels, a movie adaptation starring Arnold Schwarzenegger. Conan has a colorful library of content behind him. And that includes a number of video games. Today we want to take you on a journey into the world of Conan Exiles!

Conan Exiles is a multiplayer survival game set within the universe of Conan the Barbarian. In it, you play as an exile. A hopeless soul who has been banished to a far-off land. But a true barbarian never gives up. You have to survive a hostile environment filled with all manner of deadly dangers.

Conan Exiles is similar to many other games in the survival genre. It is entirely open-ended and the map is filled with ample resources to aid you on your journey. You can build bases, harvest crops, and form alliances. All with the goal of surviving. But you have to contend with monsters, the environment, and other players.

Conan Exiles offers you a lot of choices when creating your character. There are 15 playable races to choose from. The various races only determine your physical look. There are no advantages or disadvantages to picking a race so you are free to make your decision based on looks. This ensures every player starts on an even playing field.

As you progress through the game you will earn experience. This allows you to level up and improve your stats. There are 6 different stats. But the most important ones are Strength, Agility, and Vitality. Focusing on these in the early game is vital to your survival.

Surviving in Conan Exiles is dependent on your ability to craft items and build a base. Weapons and tools will allow you to fend off threats and better harvest your crops. A base will protect you from the environment and help keep your loot safe from other players.

A bed is the first thing you should try to build. Much like Minecraft, beds are the only way to change your spawn point in Conan Exiles. After that, you will want to focus on securing a steady source of food and steel. Steel weapons are extremely useful when facing looters and smaller monsters.

The best way to survive is to start finding allies. Conan Exiles does have elements of an MMO to it. The world is populated with other players and there are no set teams. So you need to find some people you can trust. Because sooner or later you will find someone who wants nothing more than to end your life.

Conan Exiles does support the use of private servers. This is a great way to enjoy the game with your friends without worrying about losing your progress to hostile players. In private servers you can also use cheats to allow you to build whatever you like and try out all the special weapons. You can find cheats for conan exiles here at Veterancheats.com.

Private servers are also a great way to better learn the layout of the map. The world of Conan Exiles is expansive and detailed. Secrets lurk around every corner and up every mountain. Take the time to explore the map in private without worrying about hostile players. So that when you return to the public servers you are better prepared. 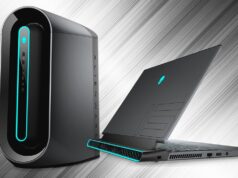 7 Hacks to Maintain Your Gaming Laptop