We continue our Evolution series with a character well known for his taste in human liver, fava beans and nice Chianti. The horror legend Hannibal Lecter was created by author and screenwriter, Thomas Harris. This cannibalistic serial killer first appeared in the 1981 book Red Dragon. Along the way, Hollywood jumped on the bloody bandwagon and adapted all of Harris’ novels into films. For our purposes we’ll be discussing the evolution of Dr. Lecter on the big screen. 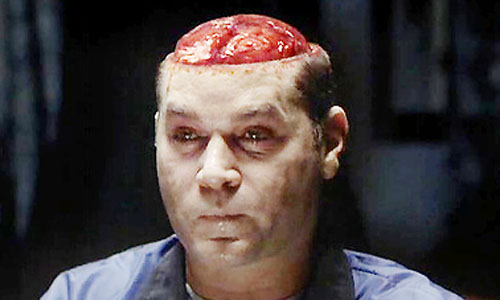 Are you ready Ray Liotta? We’ll take your drooling and incomprehensible mumbling as a “yes”.

We’ll take your drooling and incomprehensible mumbling as a “yes”.

The Birth of a Cannibalistic Icon

The first person to step into the shoes of the sinister Dr. Lecter was veteran actor Brian Cox, in Manhunter. The film was directed by Michael Mann (Heat, Last of the Mohicans) and it went largely unnoticed upon release. However, following the massive success of Silence of the Lambs, the movie became a surprise cult favorite. Manhunter was essentially a lost prequel that fans of Silence of the Lambs barely knew existed.

Mann’s film was a highly stylized psychological thriller very much of its era. Although Brian Cox was only in a handful of scenes, he was quite impressive in the role. Cox’s take on the infamous villain was chillingly realistic and grounded. In fact, his performance was fairly suggestive of an actual murderer you would see interviewed for a documentary. Below the surface of the well mannered psychiatrist one can perceive hints of a sadist at play. Cox’s low-key depiction of Hannibal sharply contrasted with the man we’ll be discussing next who is best known for playing the horror legend.

Anthony Hopkins Takes Over… and Eats Your Face 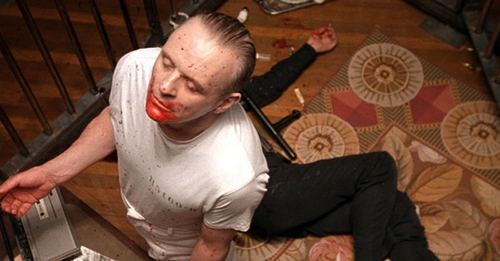 Directed by Jonathan Demme, Silence of the Lambs starred Jodie Foster as FBI agent Clarice Starling and Sir Anthony Hopkins in his most famous role as Hannibal Lecter. The movie was a massive success both financially and critically. It won five Oscars in top categories which included Best Picture, Best Actress, Best Actor, Best Director and Best Adapted Screenplay. If there was an award that year, Silence of the Lambs won it.

Awards and accolades aside, Anthony Hopkins’ outstanding performance as Dr. Lecter is what most fans think of when it comes to Silence of the Lambs. The differences between Brian Cox’s and Hopkins’ version of Hannibal was quite apparent. Far from low-key, Hopkins effectively played Lecter as larger than life. Although, when we first encountered the doctor he was somewhat reminiscent of Cox quiet incarnation. However, that modest facade eventually fell away and a sadistic figure soon emerged. Hopkins depiction of the ominous Lecter was theatrical in every sense of the word. Apart from his grandiose approach and refined charm, he was also quite capable of terrifying viewers. Indeed, Hopkin’s Hannibal Lecter was not someone you wanted getting inside your head. 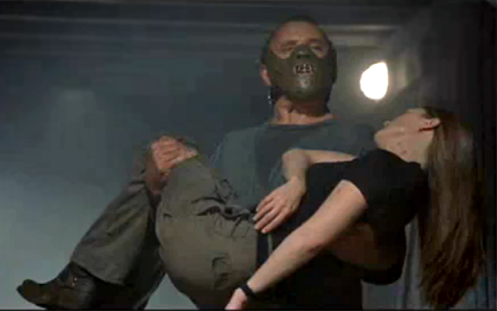 Silence of the Lambs clearly solidified Hannibal Lecter as a classic Hollywood villain. However, the Hannibal sequel and prequel Red Dragon took Dr. Lecter into a franchise territory brimming with the likes of Freddy Krueger, Leatherface, and Michael Myers. Granted Lecter, who originated from Thomas Harris’ novels, had vastly more depth and grandeur. All the same, Lecter was lumped into a growing cluster of cinematic maniacs. Instead of slashing his victims in their nightmares or gutting them with a chainsaw, Lecter was unique; he murdered and consumed you, if you were rude. 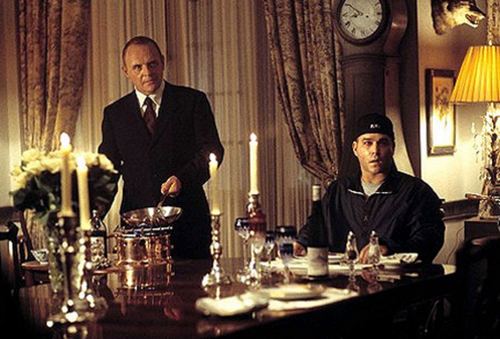 Ray Liotta’s character was the equivalent of that guy who cut you off in traffic. How could you not want to eat his brain as he watched? 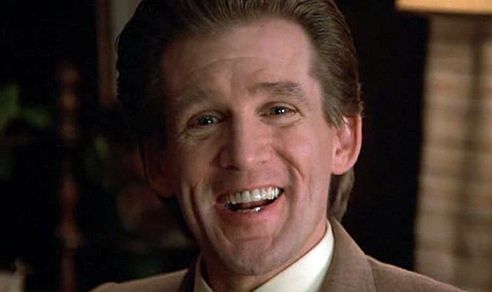 This guy? Well this guy was just asking for it.

In the long awaited Silence of the Lambs sequel Dr. Lecter’s character changed considerably. No longer was Hannibal the Cannibal a fiendish, caged beast. In the 2001 movie Hannibal, ten years had passed, the doctor was living in Florence and he was on the run from the FBI. He was also semi-retired from his days of feasting on flesh. Perhaps the most shocking twist of the Hannibal film was the fact that Lecter eventually became an unlikely anti-hero. Unfortunately as anyone reading this knows, Jodie Foster did not return and Julianne Moore was cast as her replacement. With that, all hopes were dashed of rekindling the chemistry Hopkins and Foster developed in the first movie. Fans never got the pay-off they hoped to see with an onscreen reunion of the duo. This was especially important considering the main arc of Hannibal hinged on Lecter and Starling’s turbulent and oddly intimate relationship. Recasting one half of that equation was a risk that didn’t pan out. As much as we dig Julianne Moore, the sequel needed Foster to reprise her award winning role to work. 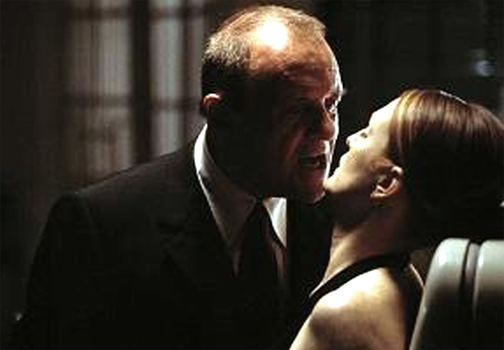 If you squint hard enough, Julianne kind of looks like Jodie. Eh, not really.

In Red Dragon, Lecter’s screen time was nearly as limited as his scenes in Silence. However, Hopkins’ presence was still as icy and menacing as ever. From a fan’s perspective it was intriguing to finally view Hopkins’ take on the character previously seen in the Manhunter timeframe. The only hang-up was that father-time wasn’t completely kind to Hopkins.

12 years after Silence of the Lambs probably wasn’t an ideal situation to play a younger version of the character.

Nevertheless, with the release of Red Dragon, fans could forever battle over who played the better Lecter, as well as who played the better Will Graham, Jack Crawford or Francis Dolarhyde. Unfortunately Red Dragon was Anthony Hopkin’s final time portraying the horror legend. From there Hollywood decided we needed to go even further back into the sordid history of the character. And so we got a prequel…to a prequel. 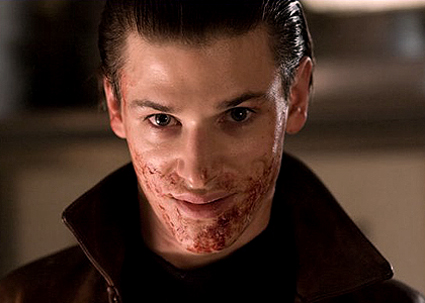 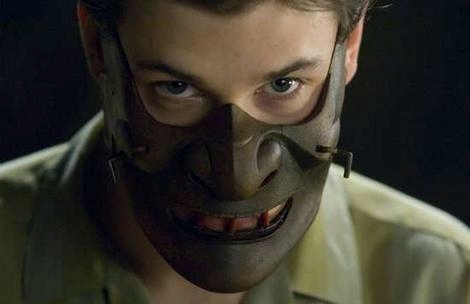 Also he looked ridiculous in the mask.

Much like previous attempts at origin movies based on legendary horror villains (Rob Zombie’s Halloween or Texas Chainsaw Massacre: The Beginning) this outing also demystified the character of Hannibal Lecter. The movie predictably featured young Lecter as yet another victim of a disturbing and tragic childhood. In Lecter’s case we learned that he witnessed his sister get cannibalized by a group of vicious looters. From there, Hannibal ran through a stale by-the-numbers revenge story. Gaspard Ulliel wasn’t given much to work with so perhaps it was fitting that his performance as Hannibal was anything but memorable. Realistically speaking, how could anyone hope to follow up Anthony Hopkins? 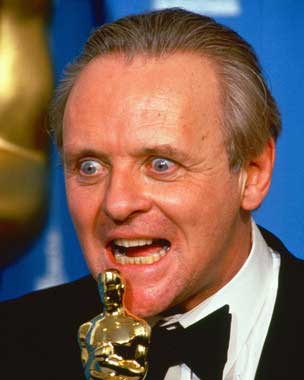 In any case, the dull take on the character completely destroyed the ambiguity of Hannibal’s motives in previous installments. We suppose Hannibal Rising accomplished some of what it set out to do. As in the novel, the film explored the mysteries behind Hannibal’s evil deeds. However, Hollywood tends to answer questions we don’t necessarily want answered. Alas, Hannibal Rising can be credited with officially killing the film franchise. 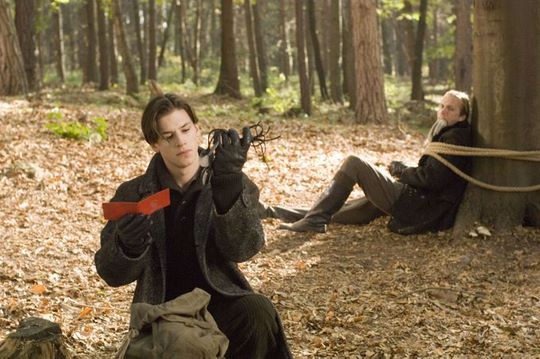 Actually it tortured the franchise first, and then killed it.

So what’s next for Hannibal the Cannibal? As of this writing Deadline and several other sources reported that NBC has picked up Hannibal, for a new hour long drama centered on the horror legend.

We’ll see how well that goes.