Bingo halls are like nowhere else on earth. They’re incredibly fun places, but on entry for the very first time, they can certainly be daunting. A bingo hall is always an interesting place. They have regulars who are fiercely competitive, while the jargon can be confusing if you don’t know what’s what.

Do not fear though. Once over that, a night at the bingo is among the very best out there. So, what do you need to know before walking through those doors?

Well, plenty. From calls to respecting the players around you, there are tons you should know and to give you all a helping hand, we’ve run down some of the things that you should be aware of before you enter any bingo hall…

Before thinking about other people, you need to understand the game yourself, and that means the jargon too. There are terms for each number which a bingo caller will call out when drawn. The likes of “legs eleven”, “two fat ladies”, “two little ducks” represent various numbers and bingo calls like this will be read out at almost every hall in the country. Therefore it’s useful to know exactly what they mean.

There are plenty of resources online to help you with this though, with popular bingo brands like Moon Bingo having full guides, while there are also other bits and pieces of terminology relating to the game which you should know too from what is featured on your card, to slang terms for various passages of play.

Many bingo terms these days may feel a little dated to the younger generation of players, but it is also interesting to know a little bit of the history and you can certainly learn from them. For example, number nine is called “doctor’s orders”, which harks back to the days of World War II. A number of bingo calls have relations to the war and contain military meaning. In this instance the number 9 was a pill that was given out to sick soldiers and was actually a laxative to flush them out.

Elsewhere, number 21 is often called “Royal Salute” due to the 21 guns fired during a royal salute. Other calls may refer to the shape of a number, such as “legs eleven” and “two little ducks”. Others simply rhyme with the number like 15, which is called “young and keen”.

During game time, stay switched on and ensure you mark off your card carefully as not only can it be disruptive, there’s also the chance you may feel just a little bit embarrassed.

It happens so often, and there’s very little worse in bingo than shouting up and realizing you were wrong. Don’t let it be you, or you’ll be more than a little red-faced.

While concentrating, it’s also important to remain quiet. During gameplay, think of bingo as having the same sort of etiquette as in a library. People are trying to listen and concentrate and you should be respectful of that.

It can often lead to many dirty looks and even confrontation from more experienced players if you are found talking loudly or being disruptive during bingo. And believe us, it can get scary.

There will be plenty of time to chat in between games so don’t worry, you will get to spend time with your friends. It isn’t quite like you’re going to the cinema, but there are certain times when it’s best to do this.

4. Be Considerate Of The Regulars

When it comes to bingo, there’s a lot of superstitions around. Many of the regulars at the bingo will have specific seats they sit in and perhaps the worst thing of all you can do when going to a bingo hall is sit in a seat someone has sat for the last decade.

For some people, the bingo is there one evening out a week and has routines they know and love, and while we know nobody would want to disrupt that, it can happen.

If somebody comes over and asks if they can take your seat, for this reason, it’s always best to just be polite about it and move to another. In other cases, they may say you can join them if you’re alone, and you can sit beside them, pick up a few tips from a more experienced player.

On the other hand, you may have to go and sit elsewhere in the bingo hall. But do not fear, you may well have just found your very own lucky seat and prove beneficial for many years to come.

5. Be Part of the Atmosphere

The best thing you can do is really immerse yourself in the atmosphere of bingo games. While it’s important to be quiet at the right times, it’s also good to really embrace the bingo. While there are the horror stories of one rogue regular being rude, everyone is there to have a good time and the vast majority of people are lovely.

By getting into the spirit of bingo, not only will you enjoy it more, but also it’s an amazing opportunity to make new friends. You may go on your own for one week, and by the following month, you could be enjoying an evening with a table full of people, all of whom you may have met whilst playing bingo.

As many halls across the world begin to re-open, people are itching to have a smile on their faces, and bingo can do that. So embrace it and really get into all the hall offers… 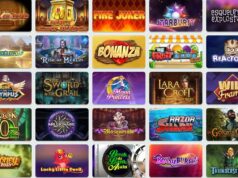 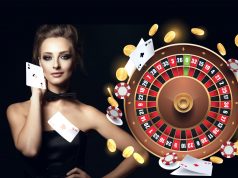 © WeirdWorm.com is a participant in the Amazon Services LLC Associates Program, an affiliate advertising program designed to provide a means for sites to earn advertising fees by advertising and linking to Amazon.com. Amazon, the Amazon logo, AmazonSupply, and the AmazonSupply logo are trademarks of Amazon.com, Inc. or its affiliates.
We use cookies to ensure that we give you the best experience on our website. If you continue to use this site we will assume that you are happy with it.Ok