Home Celebrities 6 Things to Know About Erfun Khoshdel and his New Single “I’m...

Are you familiar with Erfun Khoshdel and his work? If the answer to this question is no, we can tell you that you are missing a lot. Nowadays, with all the technology, devices, and platforms we use daily such as YouTube and Spotify, there really isn’t a reason you shouldn’t check out Erfun’s music.

If you already did this and are now addicted to his songs, you probably want to learn about this artist’s life and career. Well, if this is the case, you have come to the right place. In the following article, we will tell you about his background, career, and all about his new single, “I’m in love.”

First things first, let us give you some information about this thriving artist. He was born in 1984 in Iran. He holds a degree in computer science, and when it comes to his music career, we can say that he started developing it fairly early. At the age of 14, he began playing keyboards, and that is how his journey began. Soon after that, he started acquiring piano and guitar skills, so now, he can add these two to his list of instruments today.

Yes, one can say that Erfun Khoshdel has just recently stepped into the music world, considering that he has only released a few songs. In the beginning, he only shared his work via YouTube and Soundcloud platforms. Back in 2019, Erfun launched his YouTube channel, and in December of the same year, he released his first single called “It’s impossible” (“Gheyre Momkene”). The song was accompanied by a video, which perfectly represents each tune. Up to this day, this video remains his most viewed one on YouTube.

As you can assume, shortly after this instant success, he got access to Spotify, where he could share his music further. Yes, now, you can find all of his songs there.

Naturally, as it always happens, Erfun released several other songs during the last year to thank the fans for supporting his still new music career. These songs are “Chatr,” “Sale Pish,” and “Moshkeli Nis.” According to his website, there is a story behind each of these. What is it that made all these releases instant hits? Well, there are several reasons. Firstly, there is the unique style and genre of his music. One can describe it as a mix of pop-rock and electronic with easily recognizable features of Persian tunes.

The song “Chatr” or “The Umbrella” is definitely the most popular tune he released last year. Currently, it is the one fans love the most, and the fact that it has almost 30,000 streams only on Spotify supports this claim. In addition, various prominent artists worked on creating it, so its popularity among the fans is not very surprising. Mehdi Ayoubi wrote it, and Milad Babaei, another artist who is slowly conquering the music world, also contributed during the process. Saeed Shams arranged the song, and Mohammad Fallahi worked on mixing and final touches.

Finally, we have reached his final release, the new single called “I’m in love.” According to Erfun himself, this song will remind us of the forgotten love in this world and lead us on the path of cherishing the positive aura again. This tune was created by Meysam Baharan and Kavian Rajabi. Both of them are experts in their work, so we expect nothing less than another hit that will be on our playlist for a long time.

Erfun’s fans all have the same question – Will we get to hear new releases in 2022? Well, even though we don’t have any specific information regarding new songs and the timeline, there are some indications that he will release his first album sometime this year. According to this official website, the fans are in for a big surprise. No, we don’t have any details regarding the tunes, but considering his previous success, we believe that we will love each of the tracks. Plus, he has already collaborated with prominent artists and experts in the music world, so we expect that he will continue this trend. Lastly, we cannot wait to get some new information when it comes to sound and genre. He may continue with the unique tunes fans already like, or he may surprise us with something completely new.

If you are just as eager as we are to find out what the future holds for Erfun, you can follow him on several platforms. First of all, you can start with Instagram. When it comes to this platform, he has almost 200,000 followers, i.e., fans who cannot get enough of this music. He also posts fairly regularly, so there is no way you will miss important announcements. He is also on Twitter and YouTube. However, you should turn to Spotify and iTunes if you want to be the first one to hear previews of the latest tracks since he isn’t very active on YouTube. Yes, he uploads all the music videos there, and you can check them all out. Lastly, you should also explore his official website. Here, you will find more information about his life and career, learn about what he’s currently working on, and naturally, get the list of songs and videos you should watch. 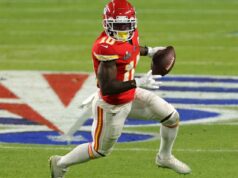