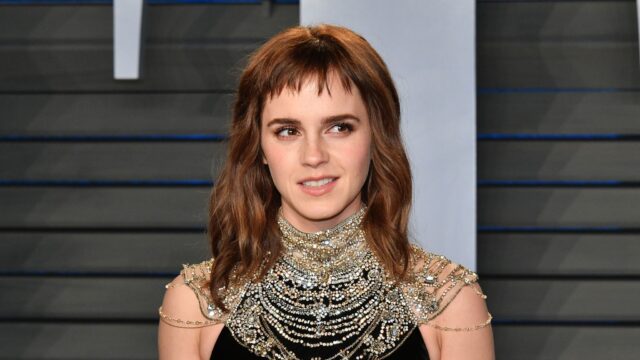 Who’s your favorite character from Harry Potter? We know that many people love Hermione, and because of that, they also love Emma Watson. And have you watched the new adaptation of Little Women, with Emma. Oh, she is fantastic. But Emma is such an amazing woman with many qualities that you can not love her. Are we right?

And when it comes to the tattoos of your favorite girl? What tattoos does she have, and does she have any? You are going to find out in just a few moments.

What tattoos Emma has?

If you are a fan of Emma Watson, and you have been following her work, you’ve may come by some photos of her where you can see her with various tattoos. But are they real and permanent?

They do look realistic, but they are not. Emma Watson doesn’t have any permanent tattoos. But many photos are circulating the internet where you can see Emma in her regular daily activities with fake tattoos. She said that she adores fake tattoos and is excellent for spreading messages across the world, but she would never get a real tattoo that would be permanent.

One of the most famous fake tattoos that Emma rocked was at the Glastonbury festival back in 2010. The tattoo read “Mother Lover,” and it was cute because she attended the festival with her lover George Craig. The tattoo was done in a typical old school way with a banner held by two birds, and the worlds were written inside the banner. It made Emma look like a new-age pin-up girl.

The tattoo that was even more famous than the previous one is the “Time’s Up” tattoo. The tattoo followed the #MeToo campaign and the crimes surrounding Harvey Weinstein. It wasn’t a permanent tattoo, but it had a powerful message.

But one of the reasons why people talked about that tattoo is because of the typo it contained. The movement was called “Time’s Up,” and Emma’s temporary tattoo read “Times Up.” But the message was necessary, and Emma managed to rock that tattoo on her forearm at the 2018 Oscars.

Emma Would Never Get a Real Tattoo

Watson said that she is a massive fan of tattoos, but she will never get a real one. She said that she loves them more one other people and that she could never pull it off.
She even has a Pinterest board dedicated only to tattoos that she likes, but that’s about as close to a real tattoo she will get.

Fortunately, there are ways for her to rock cute and sassy temporary tattoos; we hope that they will not have a typo or any other mistakes in the future.
Can you imagine Emma with real tattoos? Would you like to see her with them, and what do you think which style would look good on her?
We love her just the way she is, with or without any tattoos.