Nature is a tough place to grow up in. It may surprise you to know that in nature there are no suburbs. Additionally, in nature, animals don’t even talk like they do in documentaries such as Madagascar and The Ant Bully. However, nature still does have potential for limitless entertainment like those aforementioned films but unfortunately this entertainment usually comes in the form of something disgusting or deadly. Because most of the earth is water- it makes sense that some of the most spectacular defense (and offense) mechanisms in the animal kingdom reside in the ocean. Some of these terrifying beasts can even harness the power of electricity and use it as a weapon.

It’s always unnerving to realize that animals you eat are closely related to a similar species with superpowers. Growing up eating steak, it was a shock to realize that there was such a thing as a scorp-bovine. Now, catfish is ruined too. Plus, any animal that gets plastic surgery is immediately off the menu. 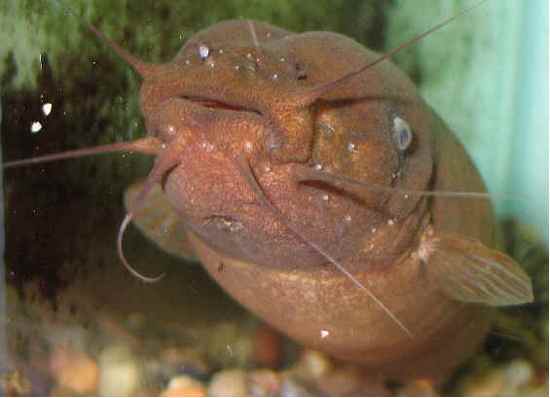 Unfortunately for us humans, not only are these chubby masters-of-the-deep predators, they have an insatiable appetite, which includes worms, other fish, shrimp, and beef heart (I guess they don’t know about scorp-bovine). These fish are so confident in the ability of their electric pulses to stun prey and ward off predators, that they don’t even feel the need to have dorsal fins. That’s like a paraplegic saying he doesn’t need legs to kick the stuffing out of you. This repugnant tube-fish can release shocks of up to 350 volts, but it frequently gets its thunder stolen because it resides in Africa amongst a host of larger ills, such as malaria, AID’s, civil war, and soccer hooligans.

It is universally understood that sharks and people do not get along well. This is largely the reason why sharks stay home on prom night the world over. Hammerhead Sharks are regarded by the scientific community as the only animals in nature that are uglier that Abraham Lincoln… consistently scoring a ‘10’ on the ‘Rourke Ugliness Scale’. 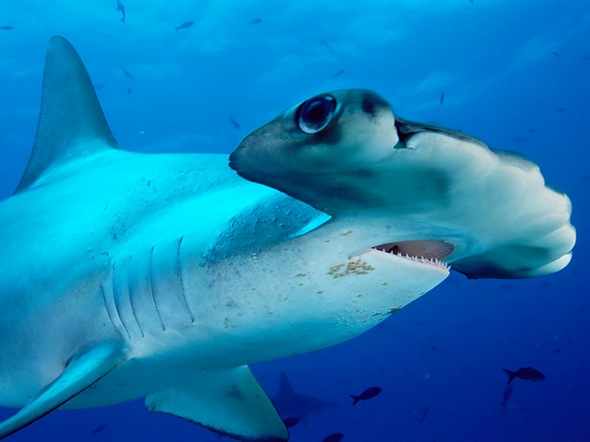 So if you eat the ugly duckling… that helps right?…right?…

Although their prey is usually scared away by the shark’s grotesque appearance before they are eaten, it isn’t hard for the hammerhead to find more potential victims. This talent for tracking down prey stems from the hammerhead’s use of electricity. They have special sensors on their skin that scan for the natural electrical signals used by nervous systems of most animals, including humans. These sensors called ampullae of Lorenzini are located primarily in the snout of the shark. The hammerhead has a wider distribution of these sensors than most other sharks, allowing it to sense up to half a billionth of a volt. This means that if you rub your socks on the carpet and then jump into the pool, somewhere a hammerhead shark probably already knows your social security number.

‘Coffin Ray’ is a somewhat misleading name. It is neither an Aquaman Villain nor the lead singer of a metal band. Instead, the coffin ray gets its name from the shape it takes when it dies and is washed ashore. So it’s got that going for it. 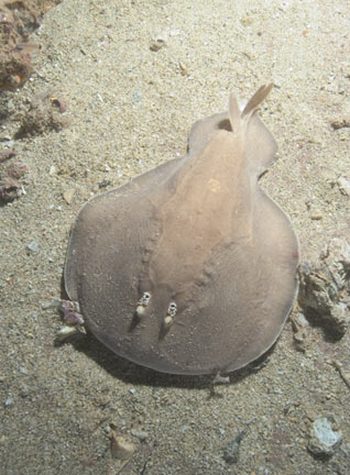 In reality the coffin ray has not been known to attack humans. So, while the coffin ray can produce a shock of up to 200 volts it is very rarely used against man. This nocturnal hunter uses its electric charge to stun its prey and to ward off suspected predators. Unwitting divers and swimmers have sometimes experienced this shock, giving the coffin ray the sobriquet of “numb ray” or “numbie”. These are both better than its childhood nicknames of “sponge face” and “no-bones”. One thing the coffin ray can hang its hat on is its ability to survive out of water for several hours. Therefore, if the coffin ray ever develops a mean temper, we could be looking at a series of brutal “human vs. ray” wars. I think we all know who the victors would be.