The internet is perhaps the greatest achievement in the history of human communication. It has brought together people from all corners of the world in a manner heretofore unimaginable. Ironically the internet is also one of the worst things ever to happen to language. It feels as if every year sees electronic communication degrade a little further. We’re no “grammar Nazis”, and even make the occasional mistake, but even we cannot help but weep at the brutal abuses the English language is put through every day by people on the web. Though it would be impossible to cover every single linguistic atrocity committed via the internet, this article will attempt to list some of the more common archetypes wandering the trackless wastes of the interwebz.

Some people’s vocabularies are smaller than other people’s. Some people on the internet possess vocabularies with fewer words than the Incredible Hulk’s. One of their handful of words will usually be “wut,” and the rest will generally be “lol,” “lulz,” and “lawl.”

Like many of the groups on this list, there is no hope for these people. Even if someone were foolish enough to attempt to teach them any better, the only response they’d receive would be a trite: “lol wut?”

A slightly more intelligent but ultimately just as hopeless variant of this type is capable of adding to their vocabulary, but is apparently unable to comprehend a word unless it contains some version of “lol,” thus leading to the creation of nonsense phrases such as “roflstomp,” “lolinfinite,” and “ethnic clawlsing.” 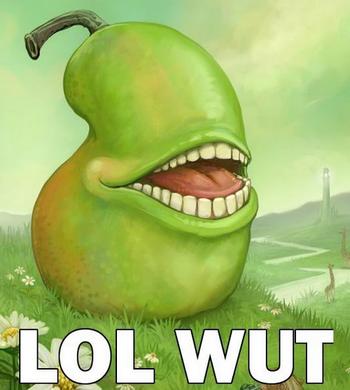 The brilliant thing about this picture is that a pear is probably at roughly the same IQ level as your average lolwuter.

Named for a slang term for “elite,” the leetspeaker or “1337speaker” is generally only found in multiplayer videogames or discussions thereof. These people combine all the worst aspects of internet communication and add extra spice by sprinkling in their own uniquely nonsensical gamer phrases—such as “pwn,” a word that fails to make sense even when you do take into account that it is a popularized misspelling of “own”—and a healthy dose of random homophobia, with a artful finishing touch of mind-numbing vulgarity.

“Lol, that gay boss wtfpwned me in the poohole, but he drops some uberleet shizz.” If you understood that sentence, you’re probably like us and have spent far too many hours slumming their way through World of Warcraft. You are also probably thinking that most gamers don’t bother to capitalize or punctuate.

This is another hopeless bunch. If you correct their usage, you will likely be labeled a “grammer nazi,” and if you accuse them of immaturity, they will likely go off on some rambling, lol-laden defense of free speech and then promptly tell you to “stfu.” 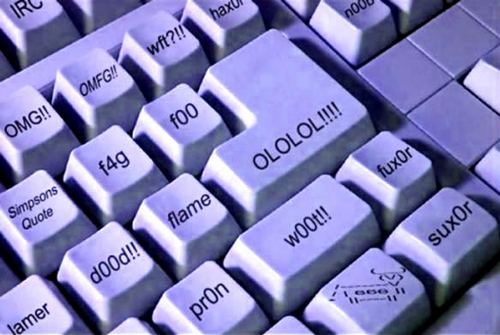 The world as seen through the eyes of a gamer.

It’s common practice for short cuts to be taken when communicating over the internet. This is not unreasonable, and it can be acceptable under certain circumstances. However, some people seem to have completely lost the ability to spell or comprehend any word with more than three characters. Perhaps Twitter and text messages corrupted them, or perhaps they are actually Clark Kent and have to rush to finish their post before they strip down to blue tights and save the world. Whatever the case, what saves time for them costs time for the rest of us, as it generally takes twice as long to decipher their bite-sized ramblings than it does to produce them. 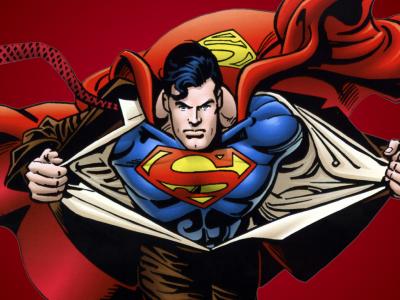 Unlike most people on this list, this group has a good excuse for their writing being a little rough around the edges: English is not their first language. Some might still complain, but we are inclined to give a free pass to those who speak two languages—even if one of those languages could use some work, because that is exactly twice as many languages as most of us know.

This is also one of the few groups for which there is some hope, as most of them are perfectly intelligent people who simply need more practice with their English.

In some extreme cases, though, their English can be so bad that one wonders how they got the idea that they even speak it at all. It would be easier for the rest of us if they simply wrote in their native tongue so we could run it through Google Translate—it couldn’t butcher their meaning any worse than they could. 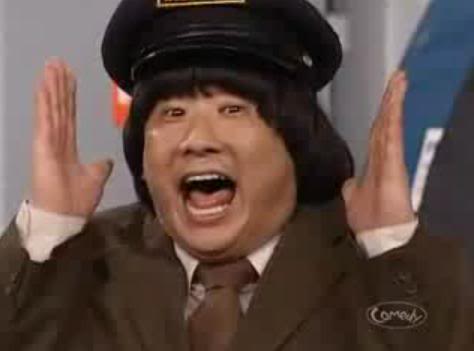 Comedian Bobby Lee did a version of this with his “translator” character. “Uh oh, hotdog!”

Some people on the internet seem to have somehow made it to adulthood without ever being introduced to the concept of punctuation. They think that periods are something only women have, capitals are for states, and that a semicolon is part of the human digestive tract.

Unfortunately for the rest of us, many of these people also have a great deal more to say than some of the other groups forcing us to wade through endless blocks of text it can be very irritating and painful to the eye often their meaning is lost entirely in the endless sea of unbroken words without a single comma period capitalization or paragraph break to relieve the onslaught one is forced to try to puzzle out their meaning when every sentence and phrase smashes into the other down through the mountainous paragraph it all leads to something even more painful to read than this paragraph was to write 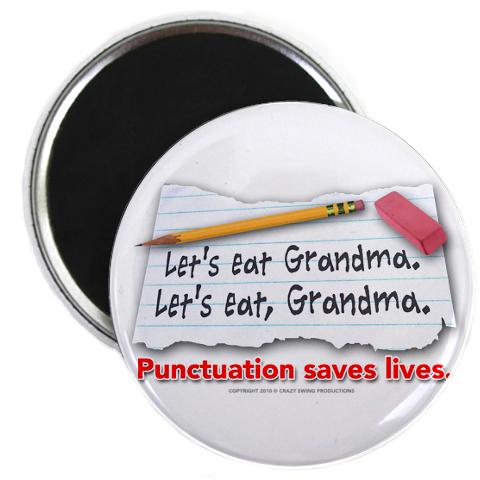 Often times, a single comma can be all that stands between us and rampant cannibalism.

This group consists of those people who have not yet been fully corrupted by their time on the internet. Their spelling is correct at least half of the time, and they make at least some attempt at punctuation. There’s still hope for these people so as long as they don’t spend too many hours on Twitter or in the dark depths of an MMO game, but once in a while, one of their occasional mess ups can lead to a truly disastrous misuse of language, as in, “I’s so hard when Bob is around.” One missing “t” and a complaint about a boss or a roommate can become an impromptu confession of homosexual love. 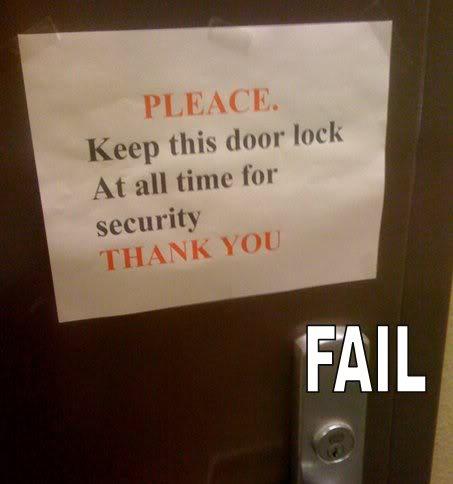 So close and yet so far.

These people are actually capable of communicating perfectly well but enjoy speaking in previously mentioned ridiculous manners as a parody of the type of people you normally meet on the internet. They will tend to use an absurd number of exclamation points and talk in all caps while using ridiculous acronym phrases like “ZOMG.”

This is a perfectly acceptable gag and can be quite amusing, but if one uses it too much, one runs the risk of being mistaken for an actual imbecile. For best results, use language properly most of the time and only slip into your parody only when you really want to make a point. 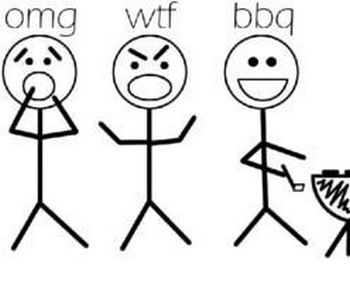 Is anyone else hungry all of a sudden?

Some people just defy all comprehension. They join the forum you frequent with an avatar that is either a really bad self portrait taken with an out of date cellphone camera or a mugshot from when they were arrested in Bolivia and offer up a three paragraph rant that has just enough correct grammar and spelling to make you think that there must be some meaning buried in their post, but no matter how many times you read it, it never quite makes sense. As best you can tell, they’re either conjecturing that Osama bin Laden is really still alive, stating that Wrath of Khan is an overrated Star Trek movie, or theorizing that oil prices will continue to be high for the next six months.

You check their profile, but they haven’t listed their location, so you can’t tell if English is not their first language. You ask for clarification, but their response is something like, “Hello, yes, this for what I am saying, wake up, goodbye sincerely Joe.” They make a few more posts, all in pre-established threads and just comprehensible enough to make it clear they are not remotely on topic, before vanishing for no apparent reason.

There is no explaining these people. They may be substance abusers, they may be robots, they may not have good English, they may be aliens attempting to infiltrate our society, or they may be mentally ill or developmentally disabled. Perhaps they simply enjoy confusing people. Personally, we think they are probably all of the above, but it is unlikely that we will ever know for sure. 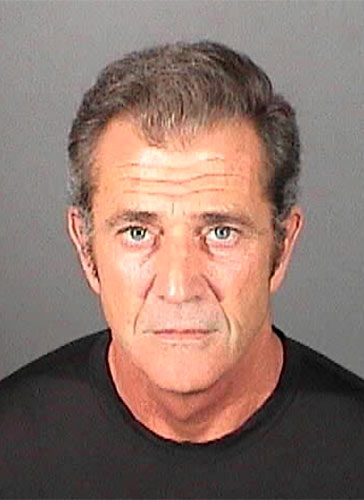 There’s no way of telling where some of these posts come from… or is there?