Home Travel Creative In The City: Top 5 Artistic Locations in The UK 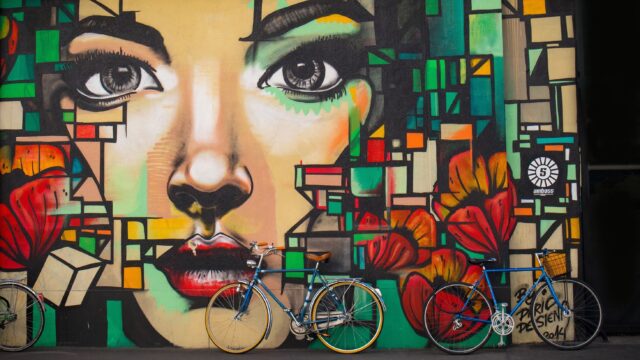 Are you a creative soul looking for inspiration in a new city? In the UK, there are several locations that attract all types of artists who are looking to create awe-inspiring work. If you’re serious about relocating, you may want to consider moving to the following cities, which may offer the cure for your artist’s block. With some general information on five different top city destinations, as well as a featured hotspot in each, this list might just help to kick-start your next artistic endeavor.

This southwest city has recently been named as the most artistic city in the UK, which is a title that its people are proud of. Bristol is known for its creative spirit amongst locals and visitors who spend hours trawling through the city’s art galleries, museums, music venues, and theatres. It is also known for its street art scene, especially since it is the hometown of one of the most notable artists of the century – Banksy.

If you’re looking to explore your creative side in this cultural hub, you should consider looking at areas in East Bristol such as Montpelier, St Pauls, Stokes Croft and all of which are perfect places to integrate into the artistic community. Here, you will find an array of independent cafes, bars, restaurants, boutiques, and colorful houses which offer the perfect backdrop for an artist in the making.

Featured Spot – The various Banksy pieces and impressive graffiti lining the walls of each street make even a walking tour as good as any visit to Bristol, but the city is also home to a bunch of other artistic styles. Animation and cinema fans will surely want to visit Aardman Animations, the revered stop motion creators of Wallace and Gromit that hail from Bristol.

This seaside town in East Sussex is similar to Bristol with its indy-style coffee shops, vintage boutiques, and outlandish houses which have led it to become known as the most hipster city in the world.  The only difference is you can enjoy all that from the comfort of a deck chair on the beach paired with some fish and chips or at least a vegan alternative.

Brighton – also known as London-by-the-sea, as it is frequented by Londoners in the summer holidays – has actually shifted from a simple seaside town to the place many artists call home. Many Londoners have made the move to Brighton, where they have escaped the trappings of the big smoke and moved to areas like Kemp town, which is popular with young professionals and students looking to get involved in digital and tech industries.

Featured Spot – Brighton might be known as a contemporary city, and one of the coolest places to live in the country, but that doesn’t mean that it is without its rich history. The Brighton Museum & Art Gallery in the Royal Pavilion Garden provides a nice change of pace if wanting to look at something a bit more traditional.

The city surrounded by the Mersey has been recognized as one of the coolest places to live in the UK, due to its thriving music scene and upcoming creative start-ups. Many are drawn to the city due to its ties to the Beatles, who have had a massive effect on the city’s music venues and nightlife.

One of the most popular areas in Liverpool is the Baltic Triangle, which is an upcoming neighborhood on the periphery of the city center that is frequented by creatives. It is also favorited by students who are looking to get involved in Liverpool’s art or music scene, with many choosing to live nearby in purpose-built student accommodation backed by RWinvest and other north-west property companies. These developments along with the introduction of events spaces like the Baltic Market and the Baltic Creative have transformed the warehouse wasteland into a cultural hotspot for all things art-related.

Featured Spot – Located just off the popular Bold Street, Liverpool’s Foundation for Art and Creative Technology (FACT) is one of the leading centers for new media in the country. The current exhibition, which is completely free, explores alternative realizations of worlds by artists, through new technology like Virtual Reality.

If that isn’t enough for you, there’s even a Picturehouse cinema located on the top floor of the building, showing a ton of great releases new and old, and a cool bar with a relaxed atmosphere below.

The neighboring city of Manchester is also a favorite for musicians who are looking to make their mark on the UK’s unofficial second city. Those who move to Manchester intend to follow in the footsteps of Oasis, The Stone Roses and The Smiths who all started out in the city in one of Manchester’s most famous venues Band on the Wall, where they began lucrative and fulfilling music careers.

The city is recognized for its annual Manchester Art Fair, which opens up the floor to over 120 galleries and artists who wish to showcase their work in this northern city. This fair focuses on community and collaboration which brings Manchester-based artists together to create inspiring work that reflects Manchester’s spirit. This is one of the main reasons why many artists choose to leave London and head north in search of a more inclusive art scene.

Featured Spot – Named after the famous artist who painted many of Salford and Manchester’s urban/industrial landscapes, The Lowry Museum acts as a hub, not just highlighting the majority of its namesake’s illustrious body of work but also giving center stage to a range of different cultures and artists, old and new. If in the Manchester area for art, it’s a must-visit.

It wouldn’t be a comprehensive enough list of creative United Kingdom cities without London, the country’s culturally vibrant capital with a population of almost nine million people – 13% of the UK population entirely. The city has such a diverse range of views and artistic ideas that you’re bound to find something you love and align with, no matter what sort of style you’re primarily into. If you find yourself in need of some artistic inspiration, drop your luggage with Luggage Hero and explore the city’s greatest artistic landmarks.

London’s traditional museums and art galleries are among some of the best in the world, let alone the country, but the enormous city also has some of the most distinctive street art around. A stroll around the fashionable Shoreditch is a great way to discover some of the best graffiti and wall art the area has to offer.

Featured Spot – London’s Design Museum is consistently reinventing the wheel with a range of unique exhibitions that you won’t find anywhere else, and is just one of the hundreds of locations worth visiting if you’re interested in sparking some alternative creativity. That being said, there are so many different spots in the city that it’s hard to recommend somewhere definitive. Instead, if visiting the capital as a tourist, you should take some time to plan out where you would like to go and what sort of art you would like to see. Just remember to take a map, otherwise, the city might swallow you whole. 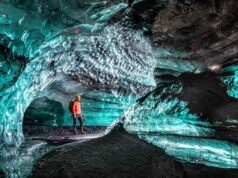 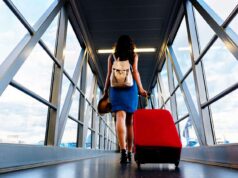 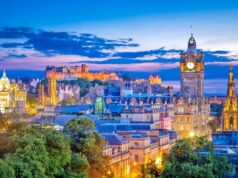