Sometimes a celebrity hits a wall in their career, or gets bored, or just doesn’t want to do it anymore. So, like anybody else, they quit and decided to do something else. Although what that something else is can be…a bit weird. 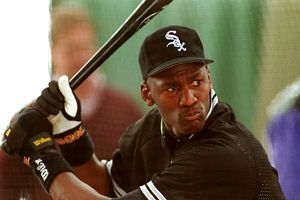 Depending on whom you ask, Michael Jordan is either the greatest basketball player of all time, or the greatest athlete ever to grace the Earth with his presence. But ask anybody about his baseball career, and you’re likely to get a “huh?”

Yes, it’s true. Jordan quit basketball in 1993 for no explicable reason. We’re assuming he just didn’t feel like playing anymore, what with the incredible amount of money he’d made, the multiple playoffs wins, or maybe it was the incredible amount of gambling. Or, as Jordan claims, he was burned out, and wanted to honor his dead father’s wishes that he be a baseball player.

Either way, one of the weirdest baseball careers in history was about to get going.

We can sum up Jordan’s performance as at the ol’ ball game pretty well: he blew. 114 strikeouts in 127 games is crappy even for a Little Leaguer. But never let it be said His Airness didn’t try like a mofo; various White Soxers recall bleeding hands, 7:30am workouts, all of it. In the end, Jordan decided he was better off as a basketball player and went back to said sport…and proceeded to win the playoffs another three times. Luckily his return quickly banished the memory of his tremendous failure, though the same can’t be said for his involvement with the film “Space Jam”. 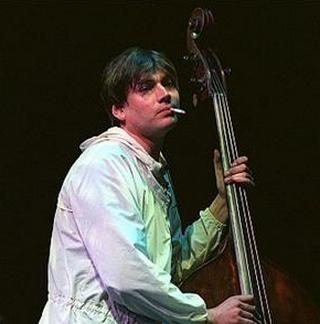 OK, so calling any bassist who isn’t Lemmy “famous” is maybe stretching the point a bit, but this one’s just a little too unusual to pass up.

Alex James is, er, well, was the bassist for Blur, the band responsible for hits like “Song #2”. You know, Woo hoo! That song? OK, yeah, so they’re a lot more famous in Britain. Anyway, when you say somebody’s living the “rock star lifestyle”, you might as well call it the Alex James lifestyle. He got wasted, lived under pool tables, claimed he spent $2 million on champagne and then… threw away his living-fantasy for making cheese.

Of course, James had a cheese obsession, which among other things led to him getting pelted with cans of cheese when in Japan. He’d grown up loving the stuff, so it kind of made sense that he went into the Cotswolds, England’s famous cheese-producing region, and is turning out some cheese so delicious that the English royal family wants their name on it.

Also, apparently the one thing that farming’s done is taught him a healthy disrespect of animals; ever since he started farming and making cheese, he’s started eating meat. 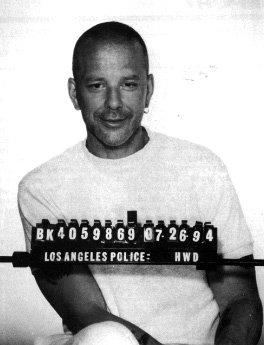 Mickey Rourke’s career was in the crapper in 1991, and he needed something to turn it around. Namely, a punch, or five dozen, to the face.

After a long period of basically terrifying all of Hollywood and ensuring he couldn’t get a movie role if he held a gun to a director’s head, Rourke decided to return to boxing, where he’d been a highly successful amateur before deciding he liked acting better than brutal physical combat. And boxing welcomed him… by kicking his butt all over the ring and pounding his face in, literally. Among the list of injuries: broken nose (twice), smashed cheekbone (that took three operations to fix) and short term memory loss; in short, Rourke took it on the chin way too often.

With all that, you’d think he was a crappy boxer, but actually it was just the opposite: Rourke won six fights, had two draws, and didn’t lose once. Although his trainer told him that at 39 he was too old to take on any champs, it wasn’t because Rourke was bad at boxing. He just couldn’t take the wear and tear, which is a little surprising in light of all the drugs he did; you’d think that’d toughen him up.

That, it turns out, is why he’s got that mug of his: he took so many punches to the face, and had such bad surgery, that he was pretty much completely unrecognizable. But on the other hand, that’s probably why he got his career back: nobody knew who he was!