The bizarre story of Carl Tanzler and his twisted predilections towards love and devotion is something of a morbid pop legend, made even stranger by the fact that it’s all true. He went by a variety of names: Count Carl Von Cosel is probably the most well known aside from Tanzler, though his German marriage certificate lists him as Georg Karl Tänzler as well. He was born in 1877 in Dresden, Germany, and relocated to Zephryhills, Florida in 1927. He was joined there shortly after by his wife and two daughters. There, he took up a post at the United States Marine Hospital in Key West, working as a radiologist. 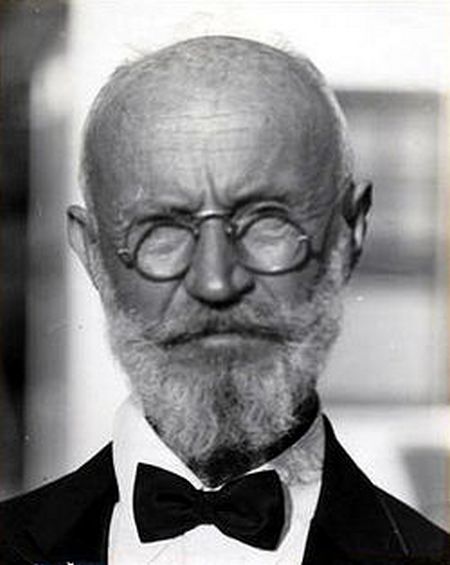 Tanzler was employed in the hospital’s tuberculosis ward, a gruesome affair at the time. Despite the best efforts of doctors, tuberculosis was far more deadly in the 1930s than it is today. Most of Tanzler’s acquaintances were patients, and most of them eventually succumbed to the disease. The mental and emotional toll this takes on one is hard to understand for those of us who don’t deal with death on a daily basis, but even for entirely healthy minds this desensitization to the reality of mortality is a difficult and potentially dangerous thing. One could make the argument that Tanzler was not the most stable individual at any point in his life. He was prone to claiming advanced medical knowledge of new, untested techniques to cure a variety of ailments, as well as having a variety of vague qualifications and honors that were never backed up with any hard evidence. It is likely that he had no formal medical schooling at all. What’s more, both as a child and an adult he claimed that he was visited by a long-dead ancestor, Countess Anna Constantia von Cosel (whose name he would eventually begin adopting) who showed him visions of an exotic, dark-haired beauty who would become his true love. 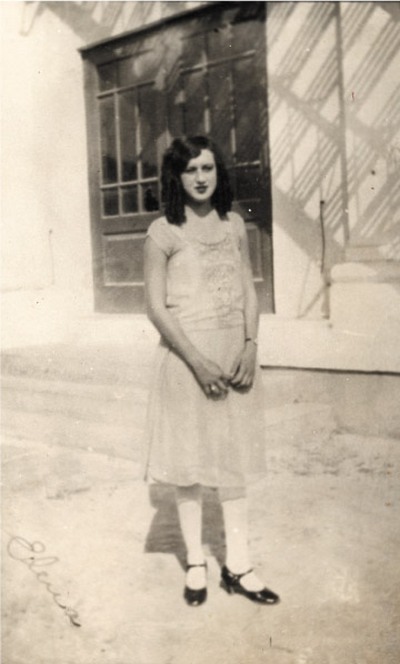 Though he was married with children, Tanzler believed he had found his exotic beauty when he met Maria Elena Milagro “Helen” de Hoyos in April of 1930. Elena was a tuberculosis patient, 22 years old and by all accounts gorgeous. In fact, tuberculosis would eventually claim the lives of almost all of her immediate family. Tanzler took it upon himself to save Elena at all costs, and her desperate family agreed to let him treat her using his unorthodox and untested methods, from herbal medicines to X-ray treatment. He professed his love for Elena, showering her with gifts and adoration, but no evidence suggests that she ever returned his affections in any way. Tanzler was unswayed – he seemed certain that, by curing her of her fatal disease, she would have no choice but to return his love.

Despite his obsessive efforts, Elena died in 1931. Citing a fear of groundwater contaminating her body, he built an above-ground mausoleum for her corpse with her family’s permission. There, he began visiting Elena, and his relationship with her took on an even more bizarre tone. Her family had entrusted him with her care in life, and were aware that he had been aware of her, so they were not suspicious of his graveside visits. What they did not know at the time was that he was tirelessly attempting to keep her body in a state of stasis. He preserved her with formaldehyde, and over the course of the next two years sat with the dead Elena most nights, having long conversations with her. He even had a telephone installed, so he could speak to her when he could not be there in person. He reportedly claimed that her ghost visited him regularly, even telling him to remove her body from its grave.

He did exactly that in 1933, stealing the body of Elena from her tomb and bringing it to his home. Elena had been dead for two years at this point, and Tanzler worked furiously to fight the decay of her body. He used oceans of preservatives to stem the tide of decomposition and applied bottle after bottle of perfume to compensate for the stench of decaying flesh. Nothing could possibly work, and the corpse of Elena Hoyos continued to rot. Regardless, he worked to keep the two together, living as if in a happy relationship, even playing her songs on the organ, on which he was a skilled player.

As her decomposition progressed, his methods became more extreme. He used piano wire to string her bones together, a grim attempt at holding her skeleton together. When her eyes putrefied, he removed them and replaced them with glass replicas. Her skin rotted and fell away, and as it did he replaced it with a strange mixture of his own creation, silk soaked with wax and plaster. For each natural step in her decomposition, Tanzler attempted to freeze her in time, and with each of his attempts she became less the corpse of a lost loved one and more like a morbid doll, a sad caricature of the living Elena Hoyos. Her body collapsed as her organs decayed, and he filled her stomach and chest with rags to help it retain its shape. Her hair fell out, and he used it to craft a wig. Some accounts (including a notable episode of HBO’s Autopsy series) allege that he installed a tube to act as a false vagina for intercourse, but this evidence was not introduced when his case first came to light (and was “remembered” by two scientists present at her 1940 autopsy over 30 years later.) 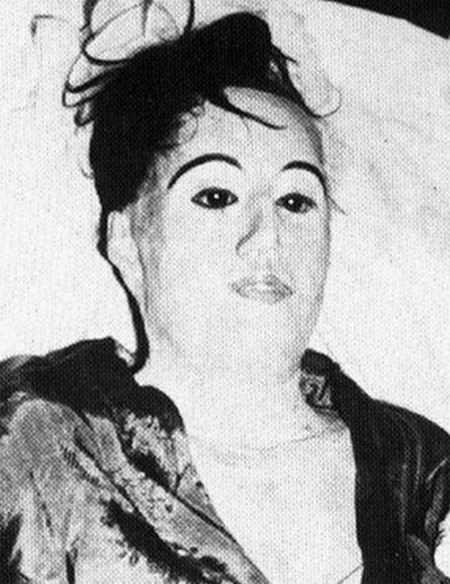 In 1940, nine years after Elena’s death, her sister heard rumors of Tanzler’s actions and went to Tanzler’s home, where she found the body, dressed in Elena’s clothing. Tanzler was arrested and given a psychiatric evaluation. He was found competent to stand trial on the official charge of “”wantonly and maliciously destroying a grave and removing a body without authorization.” However, the statute of limitations for the crime of grave robbing had expired, and as such he was never punished.

The strange and terrible story was heavily covered in the media, but public reception was, surprisingly, slanted in favor of Tanzler. Many people considered him an eccentric romantic, perhaps very misguided, but nonetheless sympathetic. The body of Elena Hoyos was examined by physicians and pathologists, and then displayed to the public. Thousands attended. Afterwards, her body was buried in a secret location, where it presumably remains today.

He wrote an autobiography, years after the body was taken, which appeared in Fantastic Adventures in 1947, a fantasy and science fiction magazine. But this was neither fantasy nor fiction, and the story continued. Despite the loss of Elena’s corpse, Tanzler’s obsession did not wane. He used a death mask to create an effigy, dressing it as Elena. In a sense, her grotesque transformation from beautiful woman to disturbing doll had been completed, and there can be no doubt that the idea of Elena Hoyos – his loving partner in life inhabiting an artificial body – was more important to Tanzler than the reality of Hoyos – a beautiful dead woman who never loved him in the first place. He lived out the remainder of his years with his effigy.

Tanzler died in 1952 in his home. A popular version of the story states that he died with Elena’s effigy in his arms, but his obituary states that he was found dead behind one of his organs.

This striking story has found its way into works of music and museums. For instance, several bands have released albums or songs regarding Tanzler:

Exhibits about Tanzler and Hoyos are featured at the Ripley’s Believe It or Not museum, as well as the Martello Gallery-Key West Art and Historical Museum, both in Key West, Florida.

The story is bizarre, yes, and shocking, but it has been argued that the reason that it has found its way into music often in the last decade is that it is somehow humbling. It would be easy to dismiss Tanzler as a lunatic (and he may well have been), but in his way he remained utterly devoted to the one he loved, even if his view of reality was abysmal and delusional. We are intrigued and curious, then disgusted by actions, but we can still pity him, a man who could not bear to live in a world apart from the woman he could not lose.