There’s one in every family. However, having a brother or sister who is an embarrassment is magnified a hundredfold when you’re famous. Here are 6 examples of well known people throughout history who had to deal with black sheep siblings.

The famous person: Louis XIV was possibly the greatest king of France, ever. Know as the “Sun King” because people believed the sun actually shone out of his ass (seriously, it was considered an honor to watch him s**t), Louis defined the term absolute monarch.

His brother: Philippe of France – Oh, Philippe. There is nothing wrong with the fact that the second most important man in France was gay, nor the fact that he flaunted it. It’s fine that he wore more makeup and perfume than any of the ladies at court. But it is bad when you allow your favorite male lover to poison your attractive first wife out of jealousy. And when your brother the King has to make sure you marry an ugly second wife to ensure it doesn’t happen again. And when your reaction on seeing her broad German face for the first time (in front of half the court) is “Mon Dieu. How can I sleep with THAT?!” Perhaps most embarrassing was the fact that Phillipe openly wore medallions of saints around his penis to enable him to impregnate his second wife. It worked: they had three children in 3 years. The famous person: Prince, or the artist formerly known as Prince, or Prince again, is the mind and voice behind such classic songs as Purple Rain and such movies as… Purple Rain. For some reason, he is considered attractive to both sexes due to his androgynous, sexy style.

His sister: Tyka Nelson – riding on her famous brother’s coat tails, Nelson released an albumin the 1980s. So far, so normal; most siblings of famous people will try to cash in on their connection at some point. Then she did interviews for said album with a stuffed blue dinosaur. She named her children Sir and President. Actually, considering some other celebrity baby names (we’re looking at you, Pilot Inspektor) that’s not that bad. She also claimed to have an imaginary boyfriend and covered her windows with tin foil. It was, obviously, a complete surprise to everyone years later when she admitted to being a crack addict during that time. The famous person: While perhaps best know for being the 39th president of the United States (and losing out spectacularly on a second term to Ronald Regan), Jimmy Carter is also the founder of Habitat for Humanity, and a Nobel Piece Prize winner. From his humble roots growing up on a farm, Jimmy proved what you can become if you apply yourself.

His brother: Billy Carter proved…well all he really proved was an embarrassment to the Carter administration. While at first the press found his ramblings to be a nice juxtaposition to his more serious brother, going so far as to call him a “country philosopher,” but his seemingly deep pronouncements soon proved to be inspired by heavy amounts of alcohol. Trying to cash in on his problem and his incidental fame, the younger Carter released his own brand of beer, Billy Beer. All this was innocent. Billy didn’t really become a problem until his involvement in shady deals with Libya. When the press inquired why he, a man with no background in foreign trade would be interested in something like that he replied, “The only thing I can say is there is a hell of a lot more Arabians than there is Jews.” The ensuing fallout forced him into rehab and his brother to publicly separate himself from Billy. 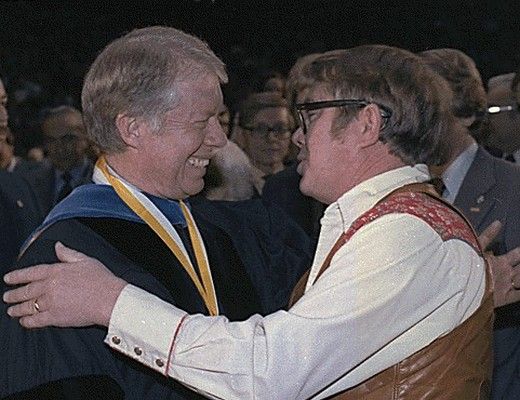 The famous person: Napoleon Bonaparte – Emperor of France. Napoleon is famous for being one of the greatest military strategists if all time. He conquered huge swathes of Europe, installing his family members are puppet kings and queens so he would always have control. Despite his generosity and general badassness, one of his siblings didn’t worry too much about making him mad.

His sister: Pauline Bonaparte – Where do we start? She used her servants as footstools (even for the time this was NOT normal) and sold the country Napoleon put her in charge of for a few million francs. Worst of all (in her brother’s eyes) was the fact that Pauline was an unrepentant loose woman. Seriously, she could put most drunk college girls to shame. Her love affairs were so numerous and so obvious that Napoleon finally forced her to get married, hoping to stop this embarrassment to his greatness. When that husband died, he found a new one for her. Pauline was not put off. She had one of the most famous artists of the time do a sculpture of her completely naked, ensuring her “goods” were well advertised across Europe. A steady stream of admirers followed, and Napoleon was mortified. 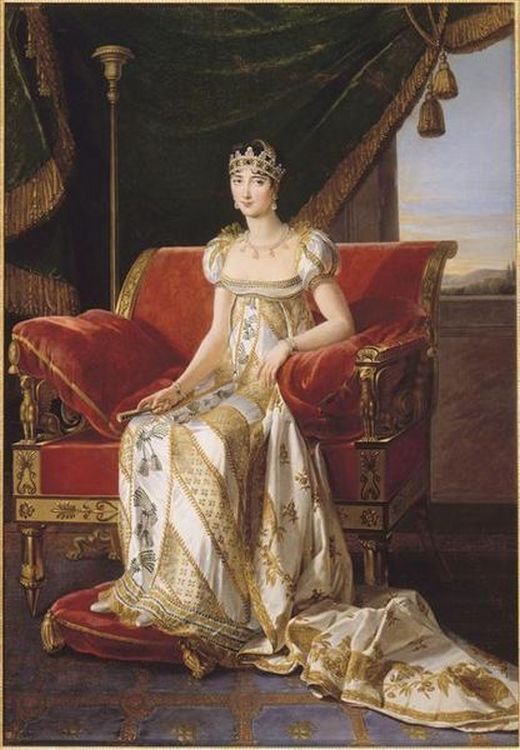