In such a short space of time, Bitcoin has provided some memorable yet crazy stories. Crypto bros are the noisy neighbors in the finance space and continue to challenge the status quo.

In just a decade, the world’s biggest digital currency, Bitcoin, generated a community full of wild and truly bizarre stories. From the guy who won hundreds of thousands of dollars (or, more accurately, their BTC equivalent) on a dice roll to the million-dollar BTC pizza, there is plenty of crazy to go around.

For your viewing and reading pleasure, we compiled a list of the craziest stories that have made headlines around the globe. Ready to dive in? Here we go!

Bitcoin casinos used to be wild and uncharted territory in 2013 (today there are thousands of crypto casinos and 20+ huge, highly reputable ones, according to CasinosBlockchain). Even so, this was when the largest-ever Bitcoin gambling win came about.

Nakowas, a well-known high-stakes gambler, had the weekend of his life in 2013, winning $1.3m in BTC by playing dice. He still holds the record to this day – and he has made copious amounts of cash with online gambling.

Going by the alias “Charlotte”, Nakowas logged on to the European crypto casino – Just Dice. Over the weekend, he was on fire, winning consecutive dice rolls, and at one point made $862k on one hand. His identity is still unknown, and he might have been super lucky, or he may have had something up his sleeve.

Some speculate that he hacked the site, or might have even been a Just Dice employee. Nevertheless, whatever he did, his Bitcoin wallet ended up with 11,000 BTC at the end of the session.

In the 2021 Bitcoin bull run, many celebrities jumped on the crypto bandwagon. One of the most prominent was Tesla and SpaceX founder – Elon Musk. He is mainly known for promoting Dogecoin on his Twitter account, but also Bitcoin, especially through his company, Tesla.

In February, Musk tweeted that Tesla had purchased $1.5bn worth of BTC, which prompted a massive surge in demand for Bitcoin. A month later, he further sent the Bitcoin markets haywire, when he announced that BTC would be an accepted currency to buy Tesla cars.

Nonetheless, by October, Musk reversed Tesla’s decision to accept BTC as payment and sold off all its Bitcoins. It’s rumored the company made $64m from the trade. The main reason Musk stated for the U-Turn was environmental concerns, as the mining process requires a huge amount of electricity.

Despite this, Musk’s influence on the cryptocurrency markets cannot be understated, as his tweets often result in huge price movements in both Bitcoin and Dogecoin. In fact, some have even dubbed him the ‘Dogefather’ – not a bad title to have, considering Dogecoin is now the world’s biggest meme coin!

The late John McAfee was one of the biggest influencers in the Bitcoin space before his death in June 2021. He famously claimed that Bitcoin would be worth $500,000 by 2020, or he would eat his own penis. Only John knew if he kept to his word!

Back in the ICO craze in 2017, John was reportedly paid $100k+ to shill various cryptocurrencies and did not bother to declare it to the IRS. Therefore, in October 2020, McAfee was arrested in Spain for tax evasion, and not filing his taxes for the past four years.

On June 23, 2022, he was found dead in his cell, and the cause given was suicide by hanging. However, on social media, there are still rumors he’s alive and faked his own death. McAfee is the subject of numerous conspiracy theories, with some people even believing he was murdered by the US government.

El Salvador was the first country that makes Bitcoin a legal tender. The legislation was passed in September 2021 and has seen mixed results for the Latin American nation.

President Bukele is a big supporter of Bitcoin and even purchased $100m worth of BTC in July 2021. The strategy is seen as a hedge against the United States, as El Salvador’s currency is pegged to the dollar. If El Salvador trusts Bitcoin more than it does the USD, then the thinking goes, it will be less reliant on the dollar. This would also make El Salvador’s economic future less vulnerable to American economic policy.

However, not everyone is on board with the plan. There are concerns that Bitcoin is too volatile to be a reliable store of value, and that by making it a legal tender, El Salvador was effectively putting all its eggs in one basket. There are also worries that the country does not have the infrastructure in place to support a Bitcoin-based economy and that the move could backfire if the cryptocurrency crashes. And, sure enough, right now Bitcoin isn’t doing so well – and neither is El Salvador’s investment.

Despite the trade currently being in the red, the move has made El Salvador become a Bitcoin hub. It has resulted in large amounts of foreign interest in the country. Only time will tell if the move will pay off, but it certainly raised a few eyebrows at the time.

Nowadays, it’s easy to buy Bitcoins online, but it wasn’t always like that. Moreover, hundreds of merchants accept BTC for goods and services. Interestingly, the first ever Bitcoin transaction was to buy a pizza. On May 22, 2010, a man called Laszlo Hanyecz was hungry and ordered two pizzas from Papa Johns for 10,000 BTC, the equivalent of $42 at the time.

The reason he made the purchase is that Bitcoin was promoted as a peer-to-peer cash system. Thus, he wanted to use it actually to buy something.

The story is legendary in the Bitcoin community, which made Hanyecz a cult hero. Today, 10,000 BTC is worth upwards of $200m, making Hanyecz’s purchase the most expensive dinner ever!

And there you have it – five of the weirdest and most interesting stories in the world of Bitcoin. Whether you’re a crypto enthusiast or just getting started, it’s always amazing to see how many new and exciting things can come out of a decentralized currency.

We hope you enjoyed this article and that we’ll see you again very soon! 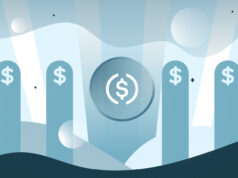 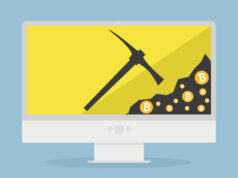