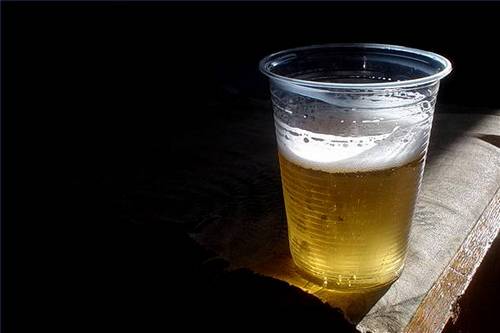 This game of luck entails taking your life into your own hands. In order to execute this game, you have to place a single round into the revolver and spin it, flipping it back into place. Once you have done this, you place the gun to your head and pull the trigger. If you are lucky, the gun will not go off, but will just click. There have been games with a few people involved at one time. When there is more than one person involved, then it is played in a round robin style. The first person spins the barrel and flips it back into place and pulls the trigger, then, providing they survive, the gun gets handed to the second person and they perform the same act. If that person is lucky, then they will survive. It is continued on until every person playing has a turn and then if the players still want a turn azt it the game continues.

This game of luck entails you to be lucky enough not to get wet. You will need a six pack, a box and some friends. You have to take one can and shake, really shake it up. Then you put it in the box and mix them around with one of the other participants not looking, then they look and the other one has to look away. You mix the drinks around again and one of them picks a can. They have to angle it toward their face and open the can. If they are lucky, they will choose a can that is not the shaken one and stay dry. But, if they are unlucky then they will get soaked with the beer.

I skull is a game of shear luck that makes you use your brain while drinking. What you need for this game are some drinking buddies, beer, your brain, your eyes and your mouth. If you have ever played I spy, then you can play this game. Someone picks an object and the other participants have to guess what that object is. If you guess wrong then you have to drink a skull of beer. If you guess right, then the person with the object has to drink five skulls worth of beer. You may also purchase clues as to what the object will be by having everyone drink three skulls a piece. The game will continue until someone passes out or the participants get bored. This game is not as easy as it sounds. You can get quite tipsy in a short amount of time, making it harder to think.

This game of luck entails you to have a high tolerance of alcohol and pure luck. This game can be deadly, if you play it fast enough. You will need a deck of cards, a few friends and the shot liquor of your choice. You have to choose what color you are going to call out from red, black, purple or rainbow. If you call out red and the dealer flips a card over that is red then no one drinks and you can continue, but if the dealer turns over a black card then you have to take a shot. If you call out black and the dealer turns over the black card, then the game continues, but if it is a red card, then it is the same as calling red, take the shot. If you call out purple, then the dealer has to turn over two cards and one must be black and the other must be red. If the cards come up two of the same thing, then you have to take two drinks. If you shout out rainbow, then the dealer has to turn over four cards and two must be black and two must be red. If the cards are not like this, then you have to take four shots. The object of this game is to remain as sober as possible with your choices. 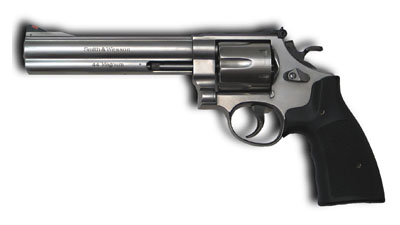 A revolver, as used in Russian roulette.